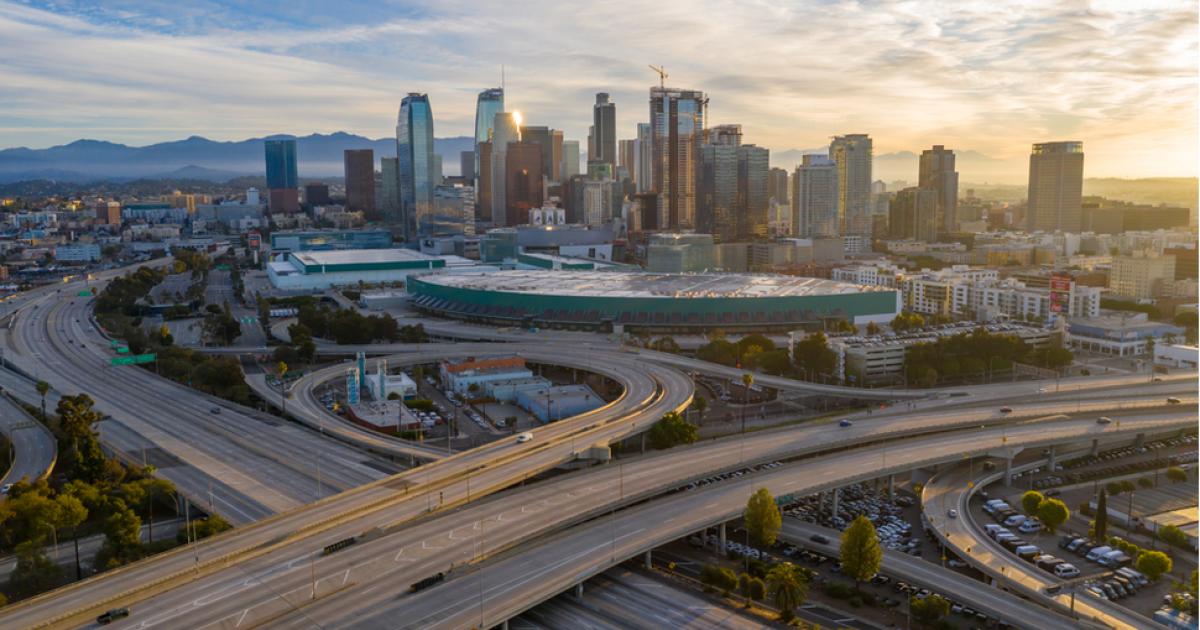 This article was originally published on Environmental Health News.

Low-income people of color in the U.S. are exposed to 28 percent more nitrogen dioxide (NO2) in the air they breathe compared to their wealthier white counterparts, a new study using satellite measurements reports.

The researchers find this is largely caused by the distribution of diesel truck routes, long implicated as a source of environmental inequality.

“There’s a whole racist history of freeway placement in that freeways didn’t end up where they ended up by accident,” Sally Pusede, an assistant professor of environmental science at the University of Virginia and senior author of the study, told EHN.

NO2 is a harmful pollutant that can cause cardiovascular disease, asthma and other respiratory ailments. Even slight increases in people’s exposure can lead to a heightened risk of premature death.

This study builds upon previous work led by Pusede and Angelique Demetillo, a Ph.D. candidate in Pusede’s lab. In their paper published last year, the two tested whether the space-based instrument, TROPOMI, could capture how NO2 levels varied between Houston neighborhoods.

“The current measuring techniques in place, like the ground-based monitoring network, are too sparse within cities,” Demetillo, the first author of both studies, told EHN. “The appeal of the satellite data was that … we could capture all of the communities within the city.”

Through this method, they successfully determined that Houstonians marginalized by both race and income experienced the worst air quality, seeing 37 percent higher NO2 pollution, on average, than white residents living above the poverty line.

There’s a whole racist history of freeway placement in that freeways didn’t end up where they ended up by accident.

But they were also curious how these findings would translate to other areas around the U.S., so they decided to expand their analysis to the country’s 52 most populous cities.

And for low-income racial minorities, NO2 inequality was the highest at 28 percent. However, “the more polluted a city is, the more inequality there is,” said Pusede. For example, she and Demetillo observed numbers as high as 43 percent in Los Angeles, one of the most polluted cities in the nation.

As for the cause, cars, trucks and power plants were all behind the pollution — but they weren’t all contributing equally. By examining how NO2 varied between weekends and weekdays, the scientists determined that diesel truck traffic produced nearly half of the excess pollution measured across the U.S.

“We have a new tool to really look at this intraurban variability in air pollution,” Regan Patterson, Transportation Equity Research Fellow for the Congressional Black Caucus Foundation, who was not involved with the study, told EHN.

“But the question is,” she added, “what are we going to do about it?”

Freeways routed through communities of color

These disparities can all be traced back to racism embedded within the U.S. interstate system. As Patterson explains, “Freeways were deliberately routed through, next to and around communities of color as a tool of segregation.”

In many cases, they created literal barriers that blocked communities from other parts of town. They’ve also displaced more than a million people over the course of their construction, most of which identified as poor or racial minorities.

This is precisely what happened in Boyle Heights, a predominantly working-class Latino neighborhood in Los Angeles. In the 1960s, 2,000 homes were destroyed to make way for the East Los Angeles Interchange, one of the largest freeway interchanges in the world.

But even when residents’ homes were spared, their proximity to these roadways came with its own set of challenges. Now, on a peak day, around half a million vehicles will pass through this community, 7 percent of which are expected to be heavy-duty diesel trucks.

This may not seem like much, but that small percentage can have a huge effect on local air quality. “[Diesel trucks] make a tremendous amount of the NO2 pollution,” said Pusede. They also emit a host of other pollutants, such as ultrafine particles.

And all this pollution has greatly affected the health of Boyle Heights residents. For example, in 2018, children living here have had an asthma-related hospitalization rate of 89.7 per 10,000 residents compared to the statewide average of 65.4. It is also in an area where coronary heart disease was listed as the leading cause of premature death in 2017, which research has shown can be attributed to long-term exposure to poor air quality.

Diesel truck traffic near this neighborhood is also expected to increase in the future, due to a projected increase in goods transported from the nearby shipping ports. That’s why Southern California’s South Coast Air Quality Management District (AQMD) is rethinking the future of transportation in the region.

Sarah Rees, Deputy Executive Officer for Planning and Rules at AQMD, told EHN that this has involved advocating for stricter policies, such as requiring warehouse operators to buy cleaner trucks.

It also means developing technology that could cut back on diesel emissions, Matt Miyasato, deputy executive officer for Science and Technology Advancement at AQMD, told EHN.

Both methods appear to have worked. According to one study, despite seeing a 38 percent increase in vehicle traffic, NOx (a term that includes NO2 and another pollutant, nitric oxide) has decreased by 54 percent.

That doesn’t necessarily mean that air pollution disparities have decreased alongside them.

“Really until emissions go down to zero, you’re going to continue to get disparities,” said Patterson.

In an ideal world, this would be where electric trucks come in. Unfortunately, “zero-emission technologies … don’t really exist for big heavy-duty trucks that are pulling cargo out of the ports,” said Miyasato.

Plus, even if these types of trucks were available right now, zero-emission is a misnomer, explained Patterson. “They’re zero tailpipe emission vehicles” that can still create non-exhaustive pollution, which are harmful particulate matter emissions from the wearing down of brakes, clutches, tires and the road surface itself.

“You also have your emissions associated with the energy generation,” she said. After all, the energy used to charge these vehicles needs to come from somewhere.

In the end, reducing diesel truck pollution for all communities “[is] going to need to look different than our current policy looks,” Julian Marshall, a professor of civil and environmental engineering at the University of Washington, told EHN. “As sources get cleaned up, you still have this structural racism in the built environment,” which determines where the emissions are.

Pusede and Patterson both referenced a section of President Joe Biden’s infrastructure plan that called for the removal of some freeways entirely. “It’s really going to take a transformative transportation system to really make changes,” said Patterson. “Freeway removal is a way to truly rectify the inequity associated with freeway infrastructure.”

As for the satellites, “we’re learning more and more about how valuable a tool these space-based observations are for guiding air pollution decision-making,” said Pusede.