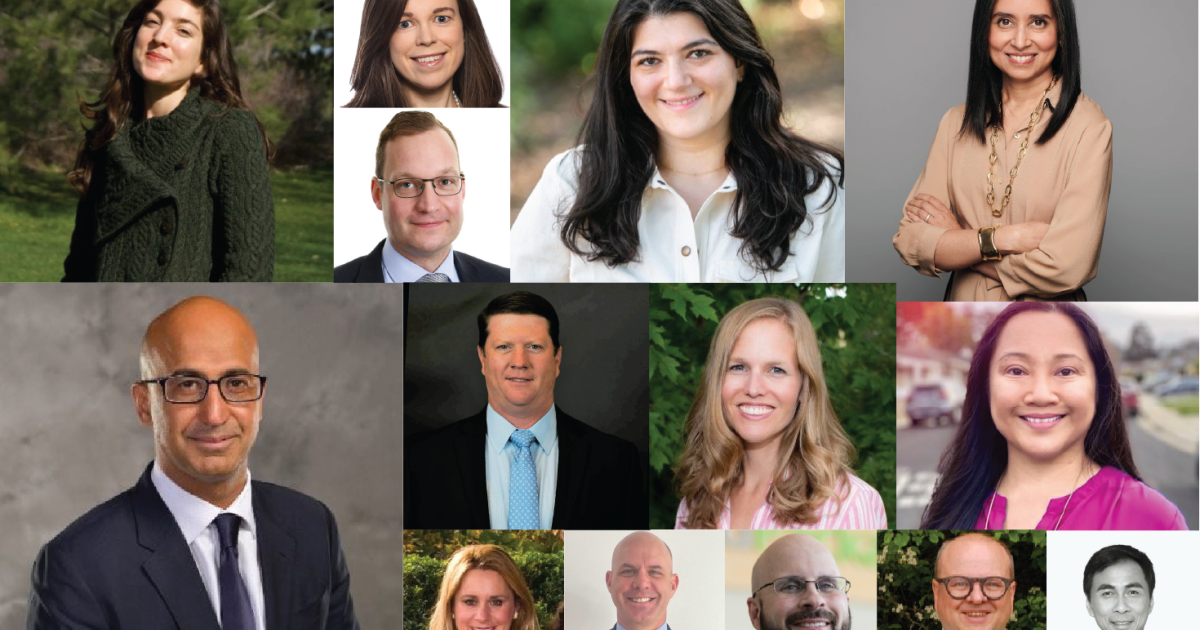 This second quarter of 2022 saw a slowdown in career transitions in the business-sustainability world compared to the shuffling that happened earlier in the year. ESG roles became popular among investment firms and banks as green finance continued to take off, and circular economy companies started bulking up on talent as well.

Yalmaz Siddiqui, after six years in sustainability at MGM Resorts International and a previous 10 at Office Depot, became vice president of environmental sustainability at the Walt Disney Company. Disney continued its hiring spree by bringing on Sarah Martinez from Clorox as its director of ESG and CSR planning.

Mastercard promoted Athanasia Xeros as its vice president of climate and environmental strategy after her four years in the sustainability department with the credit card giant. Shengyuan Su left Salesforce to become sustainability director at Zendesk and Kroger hired Rachel Surtshin, formerly at Walmart, as a sustainability analyst.

On the nonprofit side, GreenBlue, the sustainable materials organization, appointed Paul Nowak as its executive director — taking over the role from Nina Goodrich who is retiring after 10 years with the nonprofit. Carmelita Kelly Miller became RMI’s first director of energy equity strategy to integrate solutions for the clean energy transition that prioritize impact communities.

As ESG becomes the hot topic, corporations and investment firms are responding by creating new roles to focus on it. IQ-EQ, a global investment fund administrator with over $400 billion in assets, appointed Sanna Hiraa in the newly recreated role of sustainability manager. Hiraa was previously an ESG investment analyst there, evaluating ESG needs and investments.

Private markets investor Pantheon hired Eimear Palmer as partner and global head of ESG, a new role that oversees the ESG strategy and initiatives for the firm. Uziar Jaffer was hired as the ESG manager at Four Seasons Hotels and Resorts. T Rowe Price, another global investment fund, appointed BlackRock veteran Poppy Allonby as head of ESG enablement and Aviva Investors took another BlackRock sustainability specialist, Sam Tripuraneni, as head of sustainable outcomes. Finally, Adriana Rattinger of Morgan Stanely joined Citi’s due diligence team as a senior vice-president of due diligence to help build out its ESG pillar.

The new EVs in town

Transitioning the economy from a wasteful linear model to a circular one will be one of the most important and difficult shifts of the green economy. The sector is beefing up with some important hires.

Embion Technologies, a company focusing on upcycling food production byproducts, hired Frederic Narbel as its vice president of commercial to oversee the acceleration of the company’s product to market. Circular packaging expert Paul Foulkes-Arellano joined the board of advisors of ReStalk, which turns agricultural waste into products. Finally, Tetra Pak brought on Eric Harris as director of government relations and public affairs. With Harris’ previous experience at the Recycling Partnership and the Institute of Scrap Recycling Industries, he seeks to help spur Tetra Pak into its next phase.