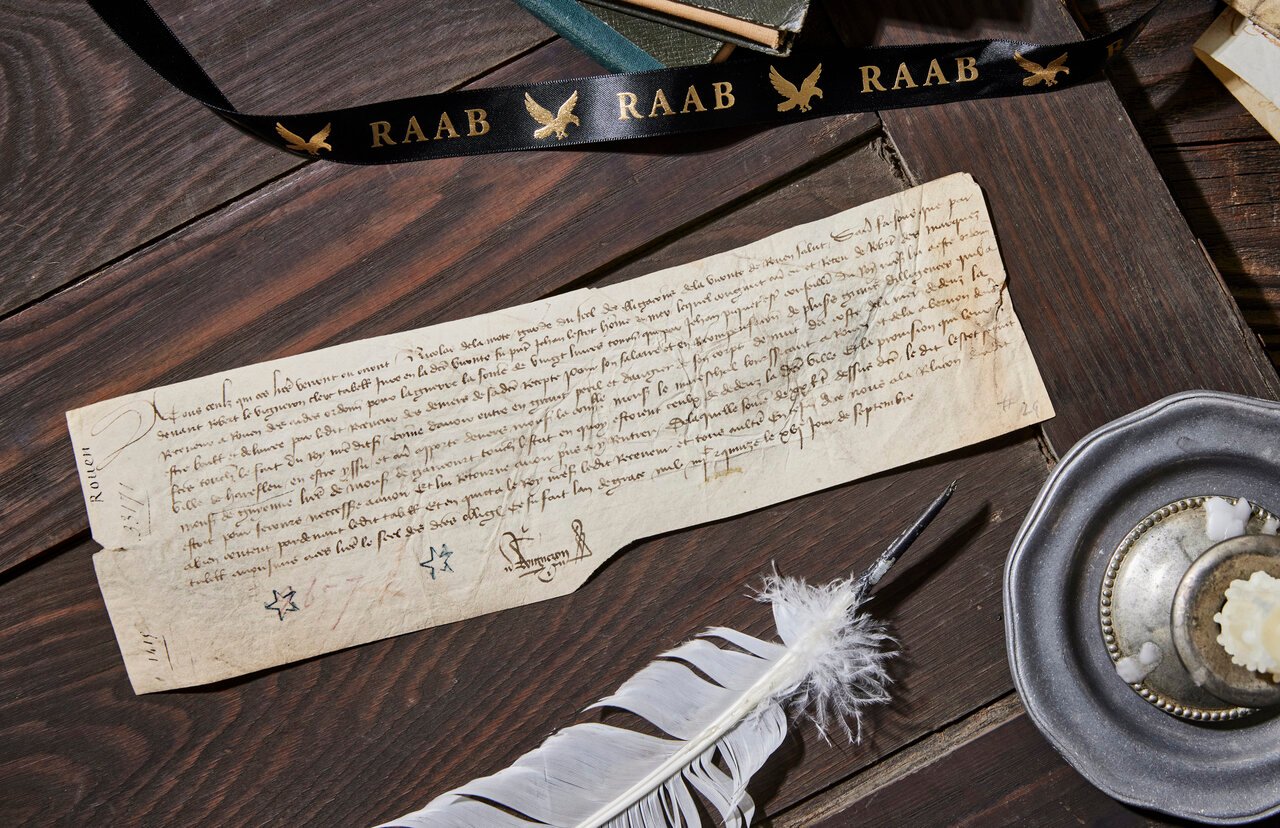 A letter from the year 1415 detailing events during the Hundred Years’ War just before the Battle of Agincourt is going on the market for $75,000.

Dated to September 16, 1415, it is signed by Robert le Vigneron, administrator to the French king, and describes the actions of the men and their compensation from the French king for their defense of the port city Harfleur. Between 18 August and 22 September, the city was besieged by the English under King Henry V.

The letter reads in part:

To all those who see or have this, Nicolas de la Mote, keeper of the seal of the Viscount of Rouen bids you greetings. Let it be known that before Robert le Vigneron, clerk of the said Viscount, appeared Jehan Lestot, seaman, who acknowledges receiving from Robert the Marquis receiver at Rouen from the amount bestowed for the war, the sum of 20 livres… Salary and in compensation for many great efforts he has made, on behalf of the King, our Sire. As he has entered into great bodily danger and peril, at night, off coast of the sea, inside the town of Harfleur, having gotten out and having brought to Mr. le Connestable [Charles I, Sire d’Albret], Marshal Boursicoult in Rouen and from there to Vernon to Mr. Guyenne, letters from Mr. de Gaucourt, on behalf of the State, treating with the situation of those inside the said town and the provision that was necessary for their aid… and done so with great difficulty….

Less than a week later Harfleur would surrender and Gaucourt was one of the men taken prisoner – he ultimately would be held in captivity in England for ten years. Meanwhile, King Henry and the English army would move on deeper into France, where they would win the Battle of Agincourt the following month.

The letter is being sold by the Raab Collection. It was previously owned by the same family since the first half of the 20th century. It can be bought for $75,000 US. Please visit the Raab website for more details.