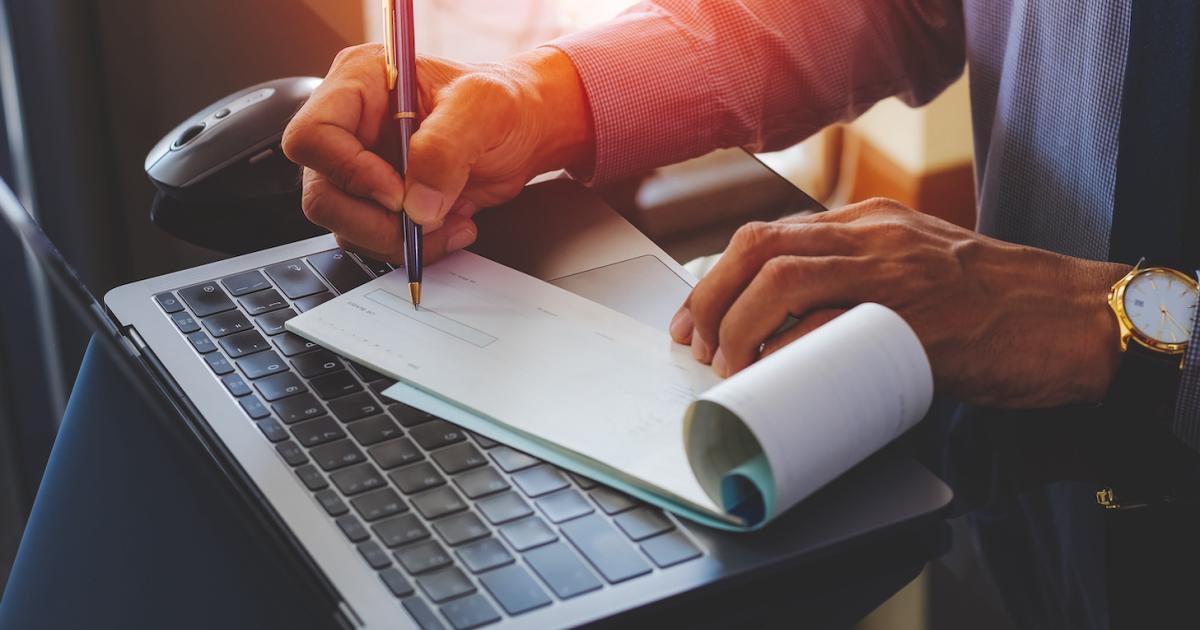 If Sweden’s Cevian Capital has its way, this coming proxy season European shareholders will be voting on a lot more compensation plans that tie a portion of executive pay to whether companies hit various ESG targets.

The activist investment firm has called on ”European public companies to start, or accelerate, the development of ESG targets for integration into compensation plans to be put to a shareholder vote at annual general meetings in 2022.” Like other investors and advocates pushing for such policies, Cevian believes the link to pay will incentivize management teams to embed material ESG objectives in corporate strategies.

“I think investors’ expectations have changed from profit maximization to sustainable value creation,” Jun Frank, an executive director at ISS Corporate Solutions, told GreenBiz. “And if the desired outcome has changed, then I think it also makes sense to realign incentives to reflect shifting expectations.”

In terms of pure numbers, the pressure appears to be working. The percentage of public companies linking ESG performance to C-suite pocketbooks is climbing and shows no signs of slowing down. But as with all things ESG, if you scratch the surface, you’ll find a range of behaviors — from authentic, meaningful action to blatant greenwashing.

To avoid the latter, or even the perception of the latter, corporate boards should be prepared to answer a lot of tough questions. Such as, are they choosing specific, measurable ESG targets — greenhouse gas emissions, for example — that are material to the industry and the company itself? Are the goals embedded in the company’s long-term strategy? And do they incentivize the management team to stretch, to actually improve ESG outcomes above and beyond easily accessible goals already in place? Or is the company simply doing what it planned to do anyway, and paying its executives more money for it?

“I think there’s a real quality and effectiveness overlay that we have to put on all of this,” Tom Gosling, an executive fellow of the Centre for Corporate Governance at London Business School, told GreenBiz. “One of my big fears about this sort of stampede towards including ESG targets in executive pay is that it’s likely just to lead to more pay and not more ESG. And we need to recognize that as a potentially big unintended consequence.”

Studies looking at the number of companies that incorporate ESG targets into their executives’ incentive pay vary in their findings, but one thing is clear: The numbers are rising.

A study published in December found that the percentage of FTSE 250 companies — the largest 250 businesses on the London Stock Exchange — using ESG measures in annual bonuses had increased by 57 percent in a year. Researchers in the executive compensation practice at business consultancy Alvarez & Marsal analyzed annual reports published through March and found 30 percent of FTSE 250 annual pay packages included ESG metrics, up from 19 percent the previous year. This follows on the heels of research published earlier in 2021 by London Business School and PwC, which found that 45 percent of the 100 largest U.K. companies had introduced ESG metrics into executive compensation plans, and one-in-four U.K. companies had added ESG metrics to long-term incentive packages.

The United States (once again) lags the U.K. and Western Europe on the practice. Research by ISS Corporate Solutions, done over roughly the same time period as the London Business School/PwC study, suggests that 20 percent of companies on the S&P 500 link ESG performance measures to executive compensation.

Among them are Apple, Chipotle, McDonald’s, Clorox, Starbucks and National Grid.

This is something investors and advocates would like to see change, because it often takes time, five years or more, for shareholder value and ESG outcomes to align. This can be especially true when you’re talking about climate and other environmental targets.

One of my big fears about this sort of stampede towards including ESG targets in executive pay is that it’s likely just to lead to more pay and not more ESG.

Shareholder advocate As You Sow last year dug into the executive pay packages at 48 large corporate emitters in the United States and found that only four companies made an explicit link between a percentage of executive pay and achieving a specific emissions reduction. And only two linked that reduction target to long-term pay.

“It is critical that boards of directors find a way to incentivize executives to focus on the long term,” Rosanna Landis Weaver, who manages the organization’s wage, justice and executive pay program, wrote in a blog post about the subject in September. “Investors nearly universally agree that the most important long-term issue is climate. It is past time to focus compensation practices on the most important issue to incentivize climate action.”

But corporate boards aren’t necessarily choosing the ESG targets that investors care about.

When Frank and his ISS colleagues did their research in 2020, for example, they found that less than 13 percent of the American companies tying ESG performance to compensation used environmental targets. Nearly 78 percent used social metrics, by far the most common being staff health and safety, followed by employee engagement and training, and workforce diversity. The remainder fell under the general corporate responsibility category.

Old-school social and governance metrics such as health and safety, risk and employee engagement have appeared in bonuses for some time and, depending on the industry, may not be exactly the type of targets investors have in mind when they think ESG.

That said, the use of “new” ESG metrics, particularly targets related to climate change, are becoming increasingly common. In another report published in 2021 by consulting firm Willis Towers Watson, survey respondents from corporate boards were asked to rank the importance of five ESG priority areas over the next three years: environmental; social (customer); social (employee); social (community); and governance. The largest group by far, 43 percent, listed their environmental goals as their No. 1 priority.

Choosing meaningful metrics is critical. Investors generally want companies to have quantifiable and measurable ESG targets and to disclose why they believe the chosen goals are the most material to them, the ISS report notes.

The report highlights Verizon as a company that has done a good job of this. The telecommunications giant used three ESG metrics in its fiscal 2020 executive compensation: workforce diversity; diverse supplier spending; and carbon intensity reduction. Then it aimed for specific targets: a U.S.-based workforce made up of 59.3 percent of women and people of color (POC); at least $5.7 billion of supplier spending directed to POC- and women-owned firms for 2020; and a 10 percent reduction in carbon intensity, defined as the carbon it emits divided by the terabytes of data transported over its networks.

To achieve the right mix, it’s important for boards to take their time incorporating ESG targets into compensation packages rather than to rush it and create links that seem inauthentic.

“Greenwashing is a risk, so I think these compensation plans do have to be evaluated carefully on a case-by-case basis,” Weaver told GreenBiz.

Several U.S. oil and gas companies came under fire in October, when the Washington Post revealed that the design of their incentive programs allowed executives to get their bonuses even in years when the companies caused major environmental damage or total emissions went up.

Doing this stuff badly is almost worse than not doing it at all.

In a particularly egregious case, Marathon Petroleum awarded its CEO a $272,000 bonus for surpassing environmental goals the same year the company spilled 1,400 barrels of fuel in an Indiana creek — its worst oil spill in years. The reason? Because the performance reviews of Marathon’s top executives consider the number of significant oil spills in a year, not the total volume of oil, and the Indiana spill counted as just one of 23 incidents in 2018.

“That’s a classic example of what I call hitting the target but missing the point,” Gosling said.

Gosling, for one, is skeptical that linking ESG performance targets to executive pay will actually change executives’ behavior. Because the CEO is responsible for setting strategy, he said, ESG targets often simply reflect what the company was already planning to do anyway.

That doesn’t mean the practice has no value, he added. It can be a useful way to reinforce messaging about long-term strategic priorities. And the discussion around pay can catalyze deeper conversations around how the company will actually meet its long-term goals, the steps it will need to take to get from point A to point B.

Still, investors would benefit from focusing their attention on the companies or sectors where they think tying ESG metrics to executive pay will do the most good. A firm such as Cevian Capital, a highly engaged investor dedicated to a limited number of companies, has the time and resources to engage in these debates. Other investors may need to choose their battles.

“Doing this stuff badly is almost worse than not doing it at all,” Gosling said. “So I think we really need to be thoughtful about what difference we believe we’re making here and try to focus on situations where we believe we can get it done well.”