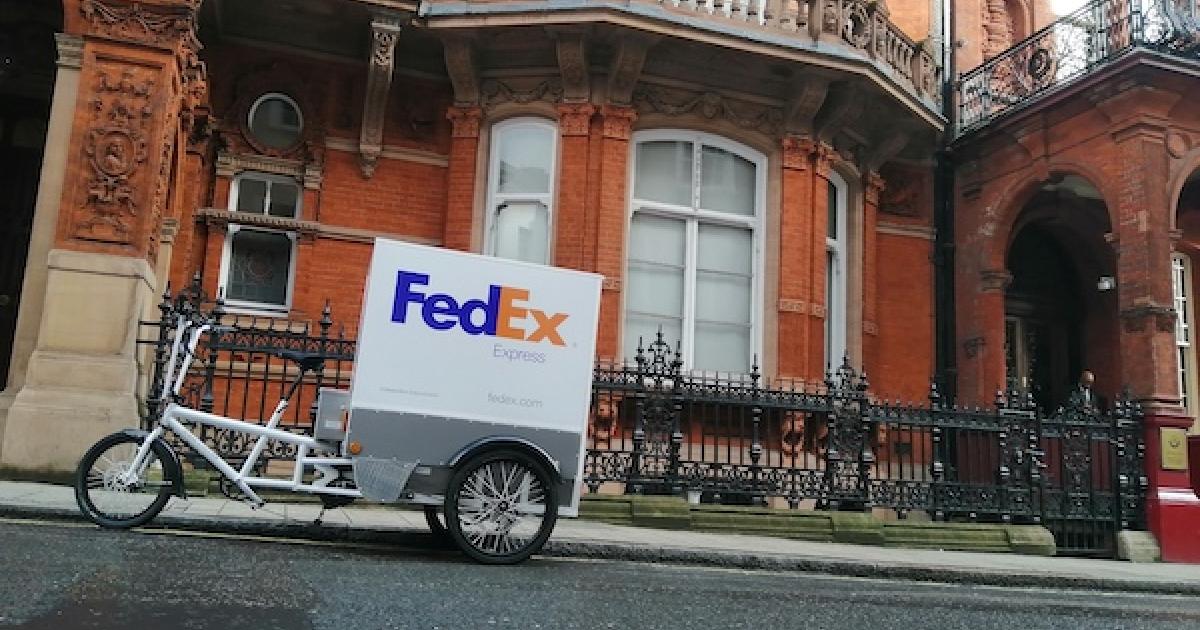 This article was adapted from Mobility Weekly, our free weekly newsletter. Register for a subscription here.

When it comes to last-mile logistics electrification strategies in the next decade, two or three wheels could be as important as four.

Although electric bicycles didn’t receive much attention during the COP26 negotiations last month — to the chagrin of some sustainability mobility advocates — 2021 was the year they found a more welcoming home in living rooms and garages around the world. An analysis by Business Research published in mid-November estimated global e-bike sales at $36.5 billion for the year, a compound annual growth rate of more than 12 percent over 2020. Within three years, revenue could reach $53.3 billion, the market research firm predicts.

This has been happening organically, as climate-conscious and budget-conscious individuals hunt for alternatives to a car-dependent lifestyle. One of the under-celebrated climate-related incentives included in the U.S. Build Back Better (BBB) legislation is a 30 percent tax credit of up to $900 on purchases of e-bikes for individuals with annual income of up to $75,000. The proposal covers models with a price tag of $4,000 or less.

According to calculations touted by a big legislative proponent of this idea, California Congressman Jimmy Panetta, if e-bikes handled many short-distance trips — particularly for commuting — currently traveled by cars, it would cut emissions by 12 percent.

Incidentally, another incentive included in BBB is the return of a benefit that lets employers offer bike-commuting workers — those who do it regularly rather than occasionally — up to $81 per month. A previous version of this subsidy that provided up to $20 per month was killed under the Trump administration.

While e-bike proponents generally talk up the benefits for individuals and commuters, the format also holds substantial promise when it comes to last-mile delivery, especially in urban environments where tricycles or quadricycles (why not?) powered by pedal or battery could be a practical alternative to vans.

FedEx Express, for example, is starting to use fleets of e-cargo bikes in U.K. cities including London, Edinburgh, Glasgow and Cambridge. What these places have in common: A transportation culture that already supports cycling, as well as narrow streets where it can be tough to negotiate larger vehicles. Two big advantages they have: Easier access to parking options (including in loading zones), as well as the right to use special bicycle lanes where available.

“Earlier FedEx pilots in the cities made the case for transitioning to two wheels, proving an effective alternative to vans thanks to their ability to take shorter, faster routers,” said Alun Cornish, operations managing director for FedEx Express in Europe. “We see real potential for e-cargo bikes to complement and work alongside our motorized vehicle fleet as we strive to make zero-emissions our standard.”

A study by the University of Westminster suggests e-cargo bikes can make their deliveries up to 60 percent faster than vans, producing 90 percent less carbon dioxide than diesel vans and 33 percent less than electric vans. About 100,000 e-cargo bike vehicles found a place in delivery fleets across Europe between 2018 and 2020.

In the U.S., DHL Express has been testing electric cargo bikes in Miami — each bike is capable of hauling about 400 pounds (or 60 cubic feet in volume) and they are considered to be a one-for-one swap with vans. DHL’s partner in the endeavor is Reef Technology, the largest provider of mobility and logistics hubs in North America.

DHL has been piloting the idea of using “cycles” since 2015; it has tried out the four-wheeled “Cubicycle” in the New York metropolitan area as well as in countries including Belgium, the Netherlands, Germany, Hong Kong and Singapore. The Cubicycle uses a reclining seat, with an electric assist specifically for hill climbing. It’s equipped with GPS and draws power using solar panels. And in November, the company began testing out a home delivery service for items that require special handling. That “bike” manufactured by EAV can handle up to seven or eight deliveries daily and can travel 40 miles on a single charge.

No logistics giant is suggesting that bicycles are the be-all, end-all of last-mile delivery. And very real issues such as rider/driver safety deserve far more attention than they are receiving.

But the big uptick in bike use during the pandemic, the availability of more product options (although as my friends can attest, supply chain issues could put the brakes on this), the noise and traffic benefits for urban neighborhoods and the establishment of more bike lanes in big cities are setting the wheels in motion for more widespread use in 2022. It’s definitely one trend the GreenBiz team will be watching in the next 12 months.