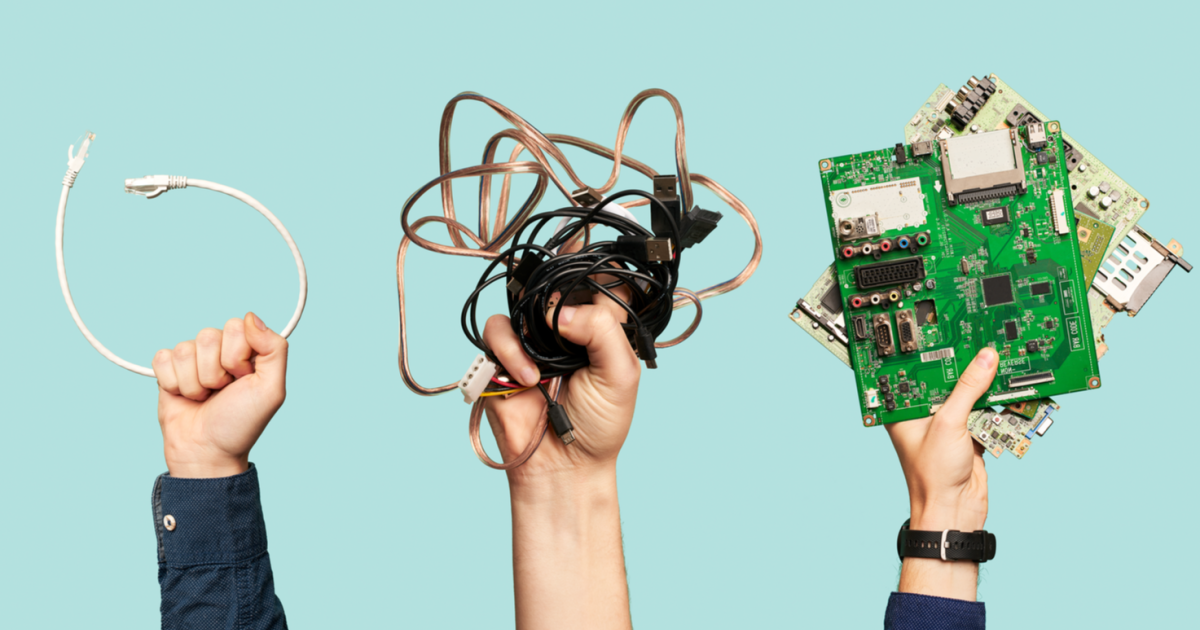 How many old mobile phones do you have in a drawer in your house?

Many of us have become accustomed to hoarding or discarding old electrical products instead of repairing them, creating a mountain of electronic waste that’s growing by the day.

Global electrical waste (e-waste) is set to grow to 75 million metric tons by 2030, according to the United Nations Global E-waste Monitor report. That’s concerning, not least because many products we’ve discarded could be reused, reducing the need to produce more, but also because e-waste tends to contain harmful chemicals that can leach into the environment.

Changing the way we consume is at the heart of the solution, according to the World Economic Forum and the World Business Council for Sustainable Development. A circular vision for the e-waste sector will promote the elimination of waste and could yield up to $4.5 trillion in economic benefits by 2030.

The good news is that emerging incentives, trends and laws are making it easier for consumers to repair their products. Below are a few examples.

One barrier to repair can be the cost compared with buying a new product. This year Austria and the German state of Thuringia introduced a publicly financed repair bonus to reimburse consumers for part of their costs.

Up to $113 per person is available under the bonus scheme if you have a defective electrical device repaired instead of opting for disposal. Thuringia introduced the program in June and had run out of funds (German) by October due to its popularity.

Thuringia introduced the program in June and had run out of funds by October due to its popularity.

In many Austrian regions, the funds are kept within the local repair ecosystem to strengthen local businesses.

“Those who take good care of their defective devices will be rewarded (German),” says Thuringia Environment Minister Anja Siegesmund.

Repair cafes are cropping up worldwide, designed to encourage consumers to bring in their products. Run by volunteers, the free cafes offer help with repairs and the maintenance of broken or faulty items.

With thousands of cafes worldwide, they are particularly popular in Belgium, which has almost 2,000. The cafes can also assist with modifications such as improving the fit and appearance of clothing.