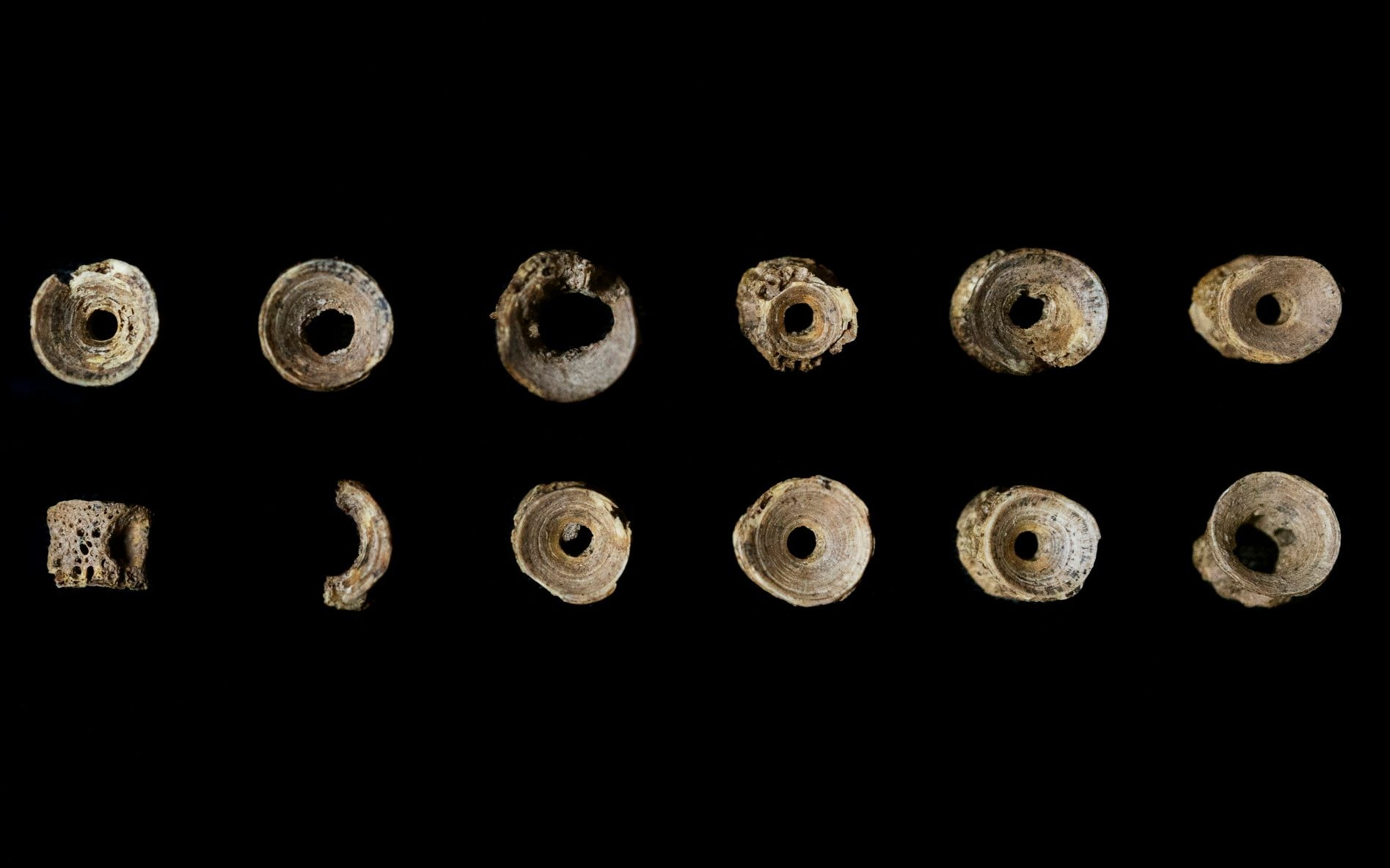 The earliest prayer beads ever found in Britain have been discovered in a grave on the island of Lindisfarne just off the coast of Northerumberland. Fashioned out of salmon vertebrae in the 8th or 9th century, the necklace is the only artifact ever found in a Lindisfarne grave. 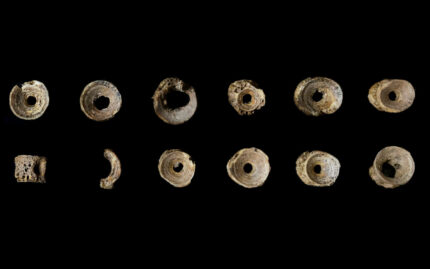 The Holy Island of Lindisfarne, a religious center founded in the 7th century by King Oswald of Northumbria, is famously the location of the first Viking raid of Britain in 793 A.D. The Vikings came back numerous times over the next century and the last of the monks left in 875, taking the exquisite Lindisfarne Gospels, written and illuminated by the monk Eadfrith around 700 A.D., with them.

A monastery was rebuilt on the island after the Norman invasion, but little of the Anglo-Saxon monastery remains, and until recently there were no comprehensive excavations. In 2014, University of Durham archaeologist Dr. David Petts partnered with crowdsourcing portal DigVentures to raise funds for an archaeological exploration of the site targeting the Anglo-Saxon priory. Crowdfunded excavations have been ongoing at the site since then. (Donate to the 2022 fundraiser here.)

The beads were found around the neck of an adult male, likely one of the members of the monastic community, during the 2021 dig season. The holes in the vertebrae through which the spinal column runs were enlarged, either during the making of the necklace and/or over time as the bones wore against the threading. Fish were among the earliest identifiable symbols of Christianity, making fish bones a thematically appropriate material as well as a plentiful local resource for devotional jewelry.

Dr David Petts, the project co-director and a Durham University specialist in early Christianity, told The Telegraph that the fish vertebrae appear to be prayer beads for personal devotion: “We think of the grand ceremonial side of early medieval life in the monasteries and great works like the Lindisfarne Gospels. But what we’ve got here is something which talks to a much more personal side of early Christianity.”

He paid tribute to Marina Chorro Giner, a zooarchaeologist, for recognising the significance of the vertebrae: “This bright, eagle-eyed researcher looked at them and said, actually these aren’t just fish bones, they’ve been modified and turned into something.” 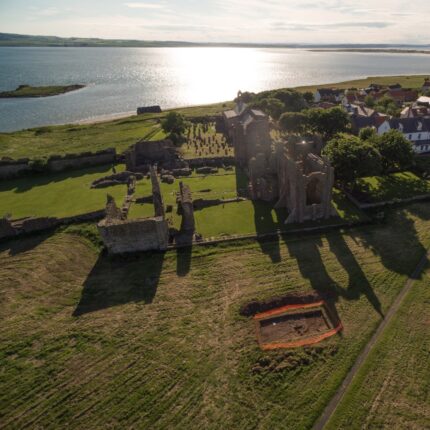