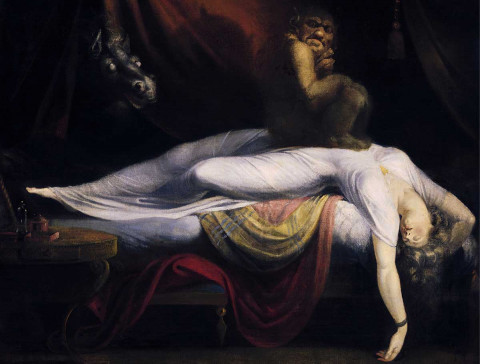 Joseph Johnson is not a household name. I’ll wager that for every person who can quote a line of William Blake’s, or recognise a painting by Henry Fuseli, fewer than one in 20 has heard of their friend Johnson. No: make that one in 50. That is, of course, how it should be. Johnson was publisher to some of the greatest writers and artists of the later 18th century – not just Blake and Fuseli, but also Mary Wollstonecraft, William Godwin, Benjamin Franklin, Thomas Paine and William Wordsworth – and it is the duty of publishers to promote their authors not themselves. A publisher is the plinth on which an author stands: essential, but easy to ignore.

There is thus something almost perverse about centring a portrait of this ‘Revolutionary Age’ on a publisher. But then again, Johnson was no ordinary publisher. The organising conceit of Daisy Hay’s marvellous new book is Johnson’s famous hospitality. Once a week for nearly 30 years, he would host dinners in the rickety lodgings above his shop at 72 St Paul’s Churchyard. The list of his guests reads like a who’s who of revolutionary politics and culture: abolitionist MPs, Jacobin agents, pioneering scientists and radical preachers. Johnson himself seems to have been strangely at odds with the company he kept. In character, he was restrained and sober: periwigged, polite and deeply earnest; charming, though never glib; steadfast and sincere in his belief in the power of the written word. ‘He delighted in doing good’, wrote Godwin. In Hay’s portrait, he is a grounded man, someone who anchors flighty artists to terra firma. For them, the sublime mysteries of humankind and the natural world; for him, account books and haggling over the costs of paper and plates and printing.

It is a shame that the dinners themselves seem to have been rather austere affairs. In keeping with Johnson’s Baptist upbringing, the food was bland and the wine trickled rather than flowed. This was no gossipy publishers’ lunch. The table talk was intellectual. Roistering was frowned upon. And, at times, one fears the experience of reading the book may feel a little like attending one of the dinner parties on which it is based: despite all the interesting guests and snippets of fascinating conversation drifting across the room, one finds oneself seated between an asthmatic bookseller and a lugubrious preacher. From time to time, guests are known to have been snoring before the plates were cleared. One suspects that the only regular at Johnson’s table who truly knew how to enjoy himself was Fuseli, whose gothic vision ‘The Nightmare’ hung on the dining room wall. His continental appetites and ironical manner had the power to shock and enchant Johnson’s guests – particularly the female company. Even the perpetually serious Wollstonecraft found herself falling for his charms.

As a bookseller, Johnson’s lists ranged widely, covering topics such as cookery, gardening, education and theology alongside the bread-and-butter of politics and poetry. Hay’s book follows Johnson’s lead. The result is equal parts panoramic and kaleidoscopic, marching along some of the less-trod paths of the Romantic era. Johnson very evidently had an eye for a bestseller. He was willing to pay above the odds for books he believed in, no matter how quirky; for instance, the hefty £800 he paid in 1791 for the copyright of Erasmus Darwin’s vegetal epic The Botanic Garden, which he published as a prestige two-volume set illustrated by Blake.

For all his talent in business, Johnson’s critical judgement wasn’t flawless. Much is made of the fact that, for him, Blake was no prophetic visionary but merely a ‘skilled tradesman’ who hired out his engraver’s stylus for cash. He never paid Wollstonecraft as much as she deserved. By contrast, he richly rewarded the unspeakable arrogance of William Cowper (who harboured ideas above his station in the second tier of English poetry) in claiming to do a better job of translating Homer than Pope. The same year he issued Darwin’s botanical verses, Johnson caved under political pressure and withdrew from publishing Paine’s tract The Rights of Man; to add insult to injury, the book would go on to become a bestseller, making one of his professional rivals a wealthy man. More disturbingly, Hay relates the story of how, when approached by the abolitionist writer Gabriel Stedman with an unflinching exposé of conditions on the Middle Passage, Johnson paid an anti-abolitionist hack to sanitise the text for publication, toning down the outrage and blunting the sharper edges of its critique.

Such is the lot of the publisher for whom books are a business not a vocation, for whom success is measured by sales. Running throughout Hay’s book is, I think, an underlying thread of melancholy, a deeply embedded sense that Johnson’s dining room was less an engine for popular revolution and more an echo chamber for an intellectual elite. In England, at least, the flavour of the age was reactionary not revolutionary. It was the age of the Priestley Riots, of Burke and Pitt, of Gillray, who captured something of Johnson in his 1798 print, ‘A Peep into the Cave of Jacobinism’: a serpentine monster surrounded by seditious books, put to flame by the figure of Truth. As the book reaches its final act we find Johnson in prison, ‘a malicious seditious and ill disposed person’ indicted with contriving to ‘traduce vilify and bring into hatred and contempt’ the Crown by selling subversive pamphlets. He was 60 years old. While Johnson’s friends were able to negotiate comfortable lodgings for him by the usual corrupt means of paying off the prison marshall, the experience was disagreeable. His health, never good, took a turn for the worse. The dinners continued for a time: first in his prison lodgings, then back at St Paul’s Churchyard, and occasionally at his retirement home in Fulham. And then, in 1809, he died.

Joseph Hone is author of The Paper Chase: The Printer, the Spymaster, and the Hunt for the Rebel Pamphleteers (Chatto & Windus, 2020).