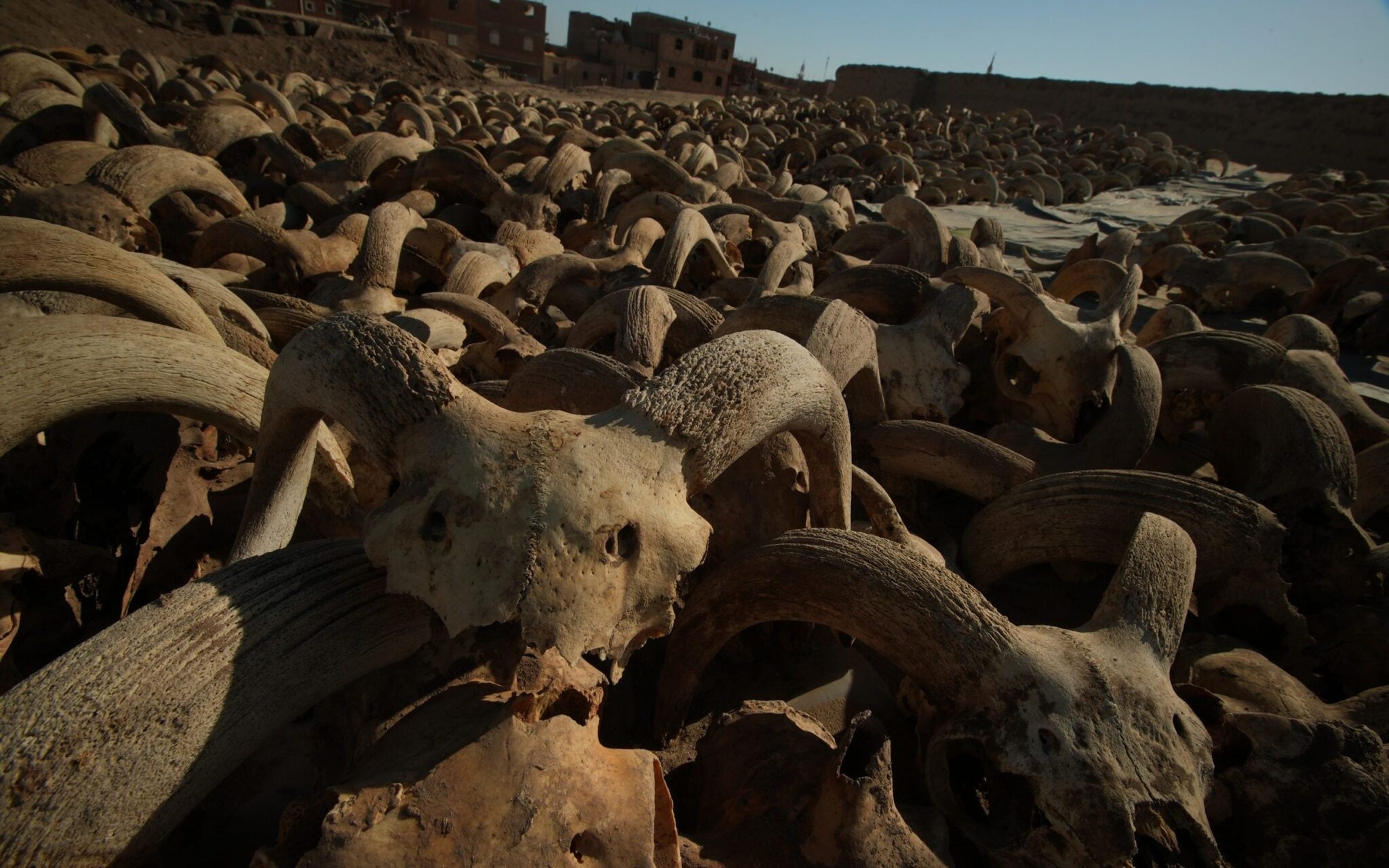 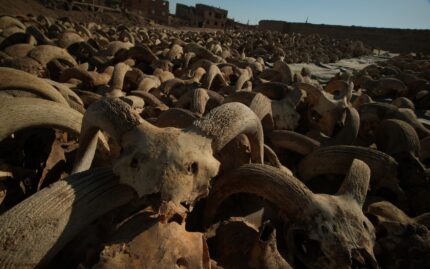 More than 1,200 ram skulls sacrificed for the cult of the Pharaoh Ramses II have been discovered at the Temple of Osiris in the ancient city of Abydos. One of them was still wearing a tiny bell tied around its neck. The cult bell was decorated with four animal heads representing the deities and it is in excellent condition with a well-preserved working clapper. Archaeologists were able to ring it and hear its rich sound 1,000 years after it was buried.

The temple was the first one built by Ramses II. Construction began in the first year of his ascension to the throne, 1279 B.C. Foundation deposits laid at the time of the construction ceremony were found at the southwest corner of the temple in 2020. The offerings include Rameses’ throne name, construction tool models made of copper, pottery and grindstones. That same 2020 excavation unearthed ten large mud brick storerooms attached to the temple palace. The rooms were stocked with supplies and provisions for the temple, pottery, tools and assorted equipment.

Votive bull heads from the Ptolemaic period were found in twelve niches in the storeroom walls, indicating that a thousand years after Rameses built the temple, it was held as sacred as a temple not just to Osiris, but for the cult of Rameses himself. The rams heads were also found in a storage area. Some were still wrapped in fabric.

The skull sacrifice, which dates from around 2,000 years ago, was found at the site of an ancient temple to Osiris, the Egyptian god of death and resurrection. It was the first temple to be built by Ramses II but large parts of the complex have remained excavated until now.

“Usually cults of other pharaohs last for two or three centuries,” added Dr Iskander. “This is a thousand years. It says a lot about how important this pharaoh was in the mindset of Egyptians.” 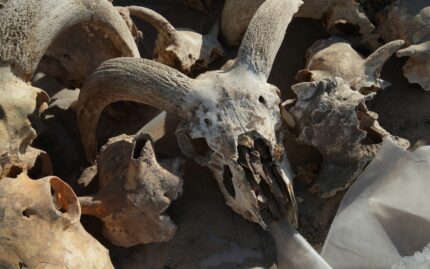