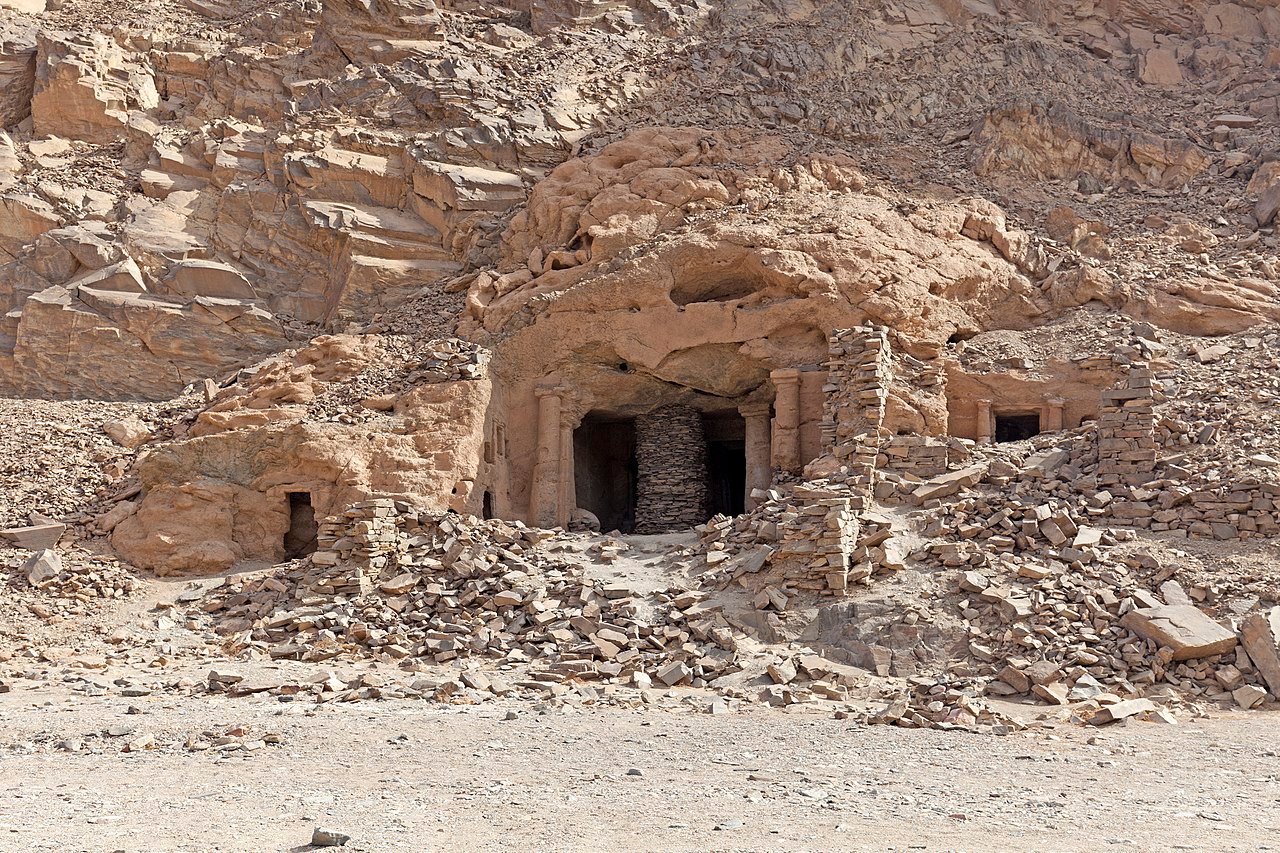 Control over emerald mines in Egypt shifted from the Roman Empire to the Blemmyes during the Early Middle Ages, archaeologists have found.

These are the results from research carried out in 2020 and 2021 by an international team of archaeologists led by Joan Oller Guzmán of the Universitat Autònoma de Barcelona. Digs were carried out at the Roman site of Sikait, a set of buildings surrounding Roman Egypt’s emerald mines, located in Egypt’s Eastern Desert. The area was known in Antiquity as “Mons Smaragdus”, given that it was the only place within the Roman Empire where emeralds could be found. This scientific collaboration was conducted jointly with the Polish Centre of Mediterranean Archaeology of the University of Warsaw, Poland, and focuses on the study of how emeralds were extracted and commercialized in Antiquity.

The excavations conducted in these past two years correspond to the latest Roman period, from the 4th to the 6th centuries CE, and reveal that some of the buildings were occupied or even built by the Blemmyes, a nomadic tribe living in the area at the end of the 4th century. The work conducted at the main temple of Sikait, the Large Temple, has allowed archaeologists to document two perfectly preserved ritual sanctuaries, one of which contained the last votive offering to have been made intact (between 4th and 5th centuries CE).

“The discovery confirms the relevance of religion and local rituals in this late period, and this suggests that the exploitation of the mines may have fallen into the hands of the Blemmyes during this time, before the fall of the empire,” Joan Oller explains.

Researchers also excavated one of the most impressive building complex, the Tripartite Building, which was probably used both as a residence and as a warehouse for the emeralds extracted from the mines.

The two dig seasons began with a detailed surveying of the mining areas in which up to eleven extracting areas were found surrounding Wadi Sikait, the dry valley in which the archaeological site is located. For the first time, archaeologists were able to conduct a detailed topographic study of the two most important mines, one of them consisting of hundreds of galleries and with a depth of more than 40 metres. The survey also allowed them to determine how work was structured inside the mines: large-scale mining only began once the most productive veins were identified. These operations included logistical infrastructures such as small settlements, necropolises, ramps, paths, working areas and watchtowers. A demonstration of the complexity and intensity of the processes needed to extract beryl, the mineral from which emeralds are obtained.

The most remarkable characteristic of this mine is the documentation of an important set of ancient inscriptions which allow researchers to infer information on who worked there and how the tasks were carried out. Among these is an inscription by a Roman legion, which would for the first time demonstrate that the Roman army was directly involved in the exploitation of Egypt’s emerald mines “not only to defend them, but also probably to help in their construction”, Oller explains.

The researchers continued to add to the documentation of emerald mines within the Wadi el Gemal National Park, of which over 300 have already been studied. In addition to the discoveries, the surveying of the area has led researchers to document dozens of new settlements, mines, infrastructures and even a new necropolis with over 100 tombs, which has added to the knowledge of ancient funerary rites and social features of the community living there shortly before the site was abandoned. The research is a huge step forward in understanding how emeralds were extracted and commercialized in the Graeco-Roman and Byzantine periods.

In January 2022, the archaeological team ended what was the fifth dig season of this site. The new season has focused on the excavation of what is known as the Small Temple, which, among other elements, has yielded part of an inscription in Greek dedicated to different Egyptian divinities. The team will publish the results of their most recent season before the end of this year.