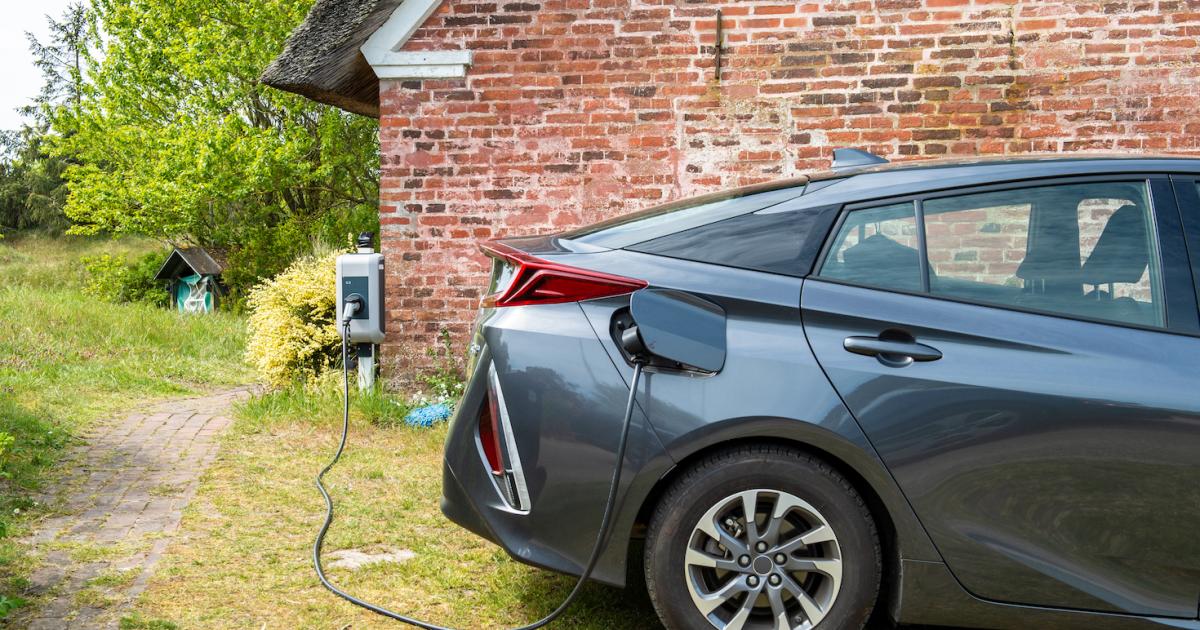 Electrifying transportation won’t be about making a grand and mighty “jump.” Many communities don’t have the resources to pull that off.

The widespread implementation of electric vehicle (EV) chargers and other low-emission infrastructure promises to be ongoing and iterative. What’s more, it demands collaboration across sectors. A one-time fix is impossible for two reasons: First, there isn’t a single technology that can make a unilateral impact in both urban and rural settings. Second, communities are bound to get left behind if zero-emissions transportation advocates adopt a cookie-cutter approach.

“To make EVs really work, there has to be a broader integrated ecosystem,” said Bob Holycross, vice president of sustainability, environment and safety engineering at Ford, during the recent VERGE 21 event. “The real key is to make sure everyone is brought along, not just in terms of access to vehicles and mobility but even thinking broadly about labor skills and communities.”

The transportation landscape from state to state and city to city looks very different, although the aim of electrification unites them. The reality is, however, that many rural U.S. communities today are lagging behind with electrified transportation options even as EVs gain more popularity than ever in urban and suburban regions.

The Biden administration has been vocal in pushing Americans to go electric as a way to reduce net emissions. The president has set a target for 50 percent of all vehicles sold in the U.S. to be electric by 2030 — but, at present, the reality is EVs cost significantly more than gas-powered vehicles.

Telling people to buy a Tesla isn’t so equitable when you consider that the cheapest available Tesla will put you back about $45,000. While the EV giant continues to rake in record profits and trounce other automakers, few Tesla models are seen in rural areas. Tesla owners typically have an average annual household income of over $143,000. (That nearly doubles the average household income in the U.S.)

The good news is Tesla — by far the most popular EV maker — announced it will open up its fast-charging network to other EV brands. This is a step in the right direction for electrification, as owners of cheaper EVs will be able to tap into the most extensive fast-charging network in the world. Ford, among other automakers, is eager to throw its hat into the ring.

“We’re trying to break the myths about what you can do with an electric vehicle,” Holycross said. “We called our first global mass-market EV a Mustang. We’re transitioning our full-size truck and F-150 to electric.”

Costs for EV auto parts have continued to decrease, according to Holycross, and the technology has become more efficient. Reducing your carbon footprint as a driver shouldn’t need to make you feel like you’re compromising for something, he added.

“Ford is pushing for zero-emission vehicles,” Holycross added. “But we aim to do it in a way that provides affordability and availability to a variety of consumers and communities, especially ones often underserved.”

But it’s not just about cars

While EVs are far more common in urban cities — where people are generally more affluent and college-educated — these are also the places with some of the worst smog and air pollution.

Los Angeles, for example, has the most EVs on the road among U.S. cities, and has plenty of EV charging stations to boot. Its electric grid and access is more robust than a small town in the middle of the country.

But, according to the Lung.org database, Los Angeles is also ranked near or at the top for multiple pollution measures.

It’s progressive in EV development, but its impact gets lost in the smog.

“Los Angeles has more [EV] chargers than any other city in the country,” Sutley said. “But we recognize there’s a big gap between what we have and what we need to accommodate the level of electrification we’re anticipating.”

For some communities, EVs are cool technologies, and for others it can be a life-and-death matter. Electrification can really save lives.

Well-being is one part of electrification that is too often overlooked, said Nancy Sutley, senior assistant general manager and chief sustainability officer of the Los Angeles Department of Water and Power. “As the case for electrification as a public health matter gets stronger, we’ve been supporting electrification in Los Angeles by providing financial incentives to install chargers, and bringing outreach and education,” Sutley said.

“Thinking about electrification from a public health lens is important,” said Shelley Francis, co-founder and principal at EVNoire. “For some communities, EVs are cool technologies, and for others it can be a life-and-death matter. Electrification can really save lives.”

The onus of electrified mobility won’t fall entirely upon the shoulders of Elon Musk. Nor will it be entirely up to technologists and industrialists — community outreach initiatives are set to play a key role, especially in rural areas.

“We have to be intentional about engaging communities in a culturally relevant and appropriate way,” Francis said. “This can be challenging, but it can be an opportunity to move away from a one-size-fits-all approach.”

Big cities such as Los Angeles in particular, noted Sutley, have the distinction that electricity is accessible and pervasive, but the challenge is to match up the available electricity with the needs of specific communities. To only focus electrification efforts within metropolitan areas undermines country-wide efforts and threatens to leave certain communities out of the calculus.

A lot of electrification is really education and outreach as a way to make technology more visible.

“Focusing on building infrastructure in rural communities is spot on right now,” said Katherine Stainken, senior director of EV Policy at the Electrification Coalition. Stainken leads the policy team, which is focused on transitioning the U.S. transportation sector to run on electricity. In her eyes, a big-city approach to electrification cannot be lumped together with that of a rural environment.

Less access and availability of technology in rural areas, for example, means EVs are not as top-of-mind as they may be in more developed cities. There’s an urgency for electrification, explained Stainken, and it must happen “whether it’s electric school buses in Phoenix or transit buses in Columbus or snow removal [vehicles] in New York.”

Francis argued that community engagement, education and awareness must take precedence, even before technology and incentives are introduced within a rural community. The former is what furnishes more of a lasting impact and can accelerate electrification. “When we look at the rate of adoption in diverse communities, the outcomes are really dismal, even though those are the communities that stand to benefit most from accelerating electrification,” Francis said.

While incentives can help, Holycross cautioned the need to pair them with accountability. “We could put a bunch of charging stations in but if they’re broken all the time or not maintained because someone just put them in to get some short-term money, this isn’t going to help. There has to be a way government support, like incentives, can be maintained.”

Sutley agreed, adding that having the technology does not necessarily mean it will be adopted, as adoption requires a more cohesive community-level strategy. “A lot of electrification is really education and outreach as a way to make technology more visible,” she said.

“There has to be infrastructure that can accommodate both someone dropping their kids off at school and a high-mileage passenger vehicle,” Sutley said. The variety of infrastructure required to make this happen is where federal involvement — such as incentives or legislation — comes into play.

Even a brand as global as Ford knows it cannot push for electrification in a vacuum. Focusing exclusively on cities can slow a nation-wide movement toward electrification.

“We’re excited to be on this journey of electrification, but we know we can’t do it alone,” Holycross said. “We are looking to truly integrate with the whole ecosystem and make this work for all of us.”