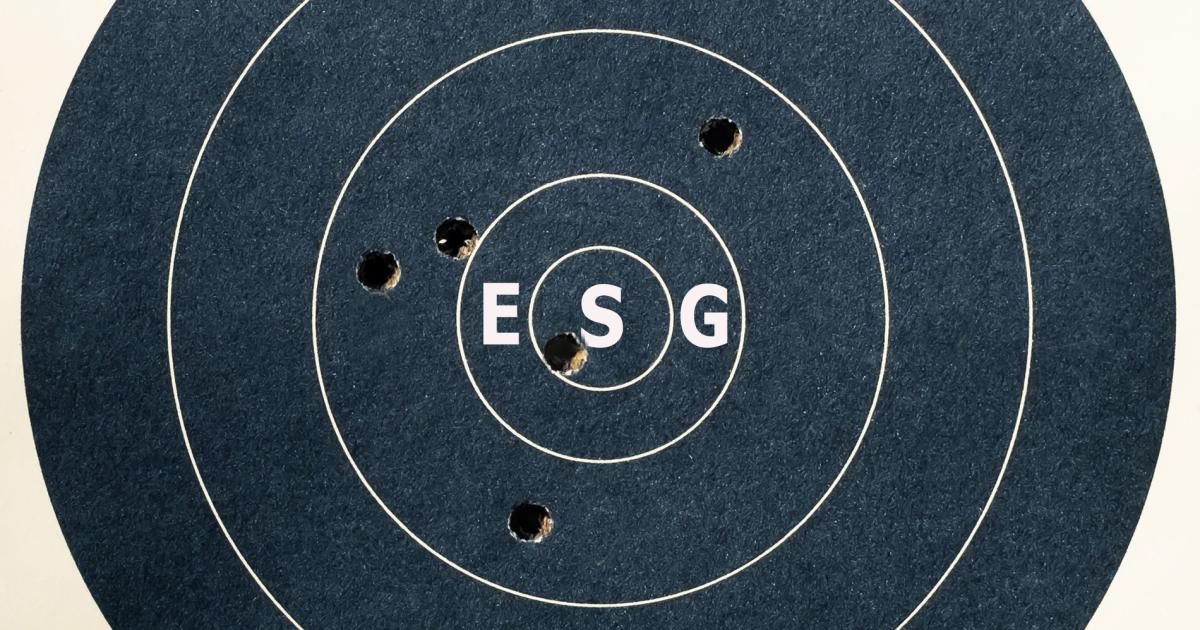 It seems to be part of human nature to build things up and then knock them down again. We put someone or something on a pedestal and then — usually after only a fleeting period of grace — we set about toppling the pedestal and whatever occupies it.

ESG appears to have reached this stage in its relatively brief history. Having entered the mainstream and secured a significant groundswell of support, it now finds itself under attack. It is, as the saying goes, there to be shot at.

The growing chorus of doubt ranges from blinkered cynicism to thought-provoking analysis. While the former merits scant attention, it is hard to overlook some arguments put forward by those in the latter camp.

Having entered the mainstream and secured a significant groundswell of support, ESG now finds itself under attack.

The Wall Street Journal’s recent series exploring “the sustainable investing craze” is an excellent example of high-profile skepticism. Witness, too, the clamor surrounding recent research suggesting that the notion of ESG-derived alpha is fundamentally flawed.

Anyone who approaches such contentions objectively might reasonably infer that ESG is far from perfect. I should say here and now that I agree with this broad interpretation.

Yet it does not automatically follow that ESG is some kind of monumental folly. Highlighting where the concept falls short should not lead to its wholesale abandonment. Rather, this swirl of criticism should inform a necessary process of making ESG better.

The realities of complexity

I have been lucky enough to witness ESG’s evolution at close hand for more than 20 years. I helped launch one of the first socially responsible investment programs for a retail audience. I was involved in developing early sustainable investing projects in emerging markets. And I played a role in building one of Europe’s largest ESG management teams. I am still engaged in designing and implementing cutting-edge products and services today.

Of course, the ESG we know now is hugely removed from the ESG we knew two decades ago. Perhaps nowhere is this more apparent than in the environmental arena, with climate change nowadays routinely acknowledged as the gravest threat to our planet and its inhabitants.

Has an ever-sharper focus on ESG put us in a position to stave off the prospect of ecological catastrophe? The honest answer: not yet. We have come a long way, but we have much further still to go.

The Climate Policy Initiative has estimated that climate finance flows will have to increase by at least 590 percent to meet internationally agreed targets on reducing emissions by 2030. This underlines that we are barely scratching the surface of what needs to be done.

Yet we should not forget that humanity’s reliance on fossil fuels is a curse that has been centuries in the making. It constitutes an entrenched, multifaceted problem that cannot be solved overnight or even within a few years.

The complexity of such issues reminds us that ESG provides neither a magical cure-all nor a short-term fix. Crucially, though, the very same complexity also explains why ESG may represent the greatest growth opportunity ever seen.

ESG is a vehicle for positive, lasting change. It would be wonderful if this change were to take place in short order, and my own view is that we should seek to accelerate it wherever and whenever possible.

More often than not, unfortunately, the reality is that change is far from immediate. This is a source of frustration, one that can supply ammunition to those who question ESG’s effectiveness. Yet surely positive, lasting change over time is preferable to no change at all.

By way of illustration, it is interesting to reflect on another ESG saga that has captured the headlines of late: Microsoft’s acquisition of Activision. One popular narrative here is that an ESG leader has risked its own reputation by purchasing an ESG laggard.

I feel that two points demand consideration. First, it is conceivable that Activision was bought comparatively cheaply because of its ESG failings. Second, Microsoft will bring its ESG leadership to bear in improving Activision’s policies and practices.

Whatever is wrong at Activision is unlikely to be put right in a day or two, just as the specter of environmental disaster is unlikely to be driven away within a handful of years. But the mere fact that the desired transformation is under way must count for something.

Similar stories are unfolding everywhere, and they offer mounting evidence of ESG’s value. In the case of climate finance, ultimately, almost every aspect of our everyday lives stands to be enhanced in some way. Perfect or not, rapid or gradual, these are shifts that we must embrace.

Nothing should escape scrutiny

ESG investing is deeply rooted in scrutiny. Assets are carefully evaluated before being accepted or rejected. We try to identify what is good, what is bad, what is promising and what is hopeless. We show faith in what works well, and we either tweak or disregard what does not.

It is only fair that the phenomenon of ESG itself should be subjected to equally close and uncompromising examination. Here, too, we have to discern strengths and weaknesses. Personally, I have no hesitation in saying that ESG still leaves much to be desired.

For instance, we need to do more to frame the success of ESG investments in terms of outcomes achieved rather than actions taken. The measurement of impact continues to confound. We still have a tangle of region-specific, sector-specific, industry-specific and even client-specific metrics.

But let me repeat: Nobody ever said that ESG is perfect. It would be counterproductive to pretend that it is, just as it would be lamentable to condemn it on the basis of little more than self-interest or a wish to rail against whatever is fashionable.

Some current antagonism towards ESG is cut from the latter cloth. Such dissent is largely vacuous and easily ignored. Yet genuinely insightful critiques can only assist in furthering ESG’s journey — and, by extension, in addressing many of the biggest challenges confronting us all.

I am not in favor of toppling ESG from its newfound pedestal, as I sincerely believe that our brightest hope for the future lies in investing sustainably. But we should be more than willing to give the pedestal a vigorous shake. It is the only way in which we can understand how to make it stronger.