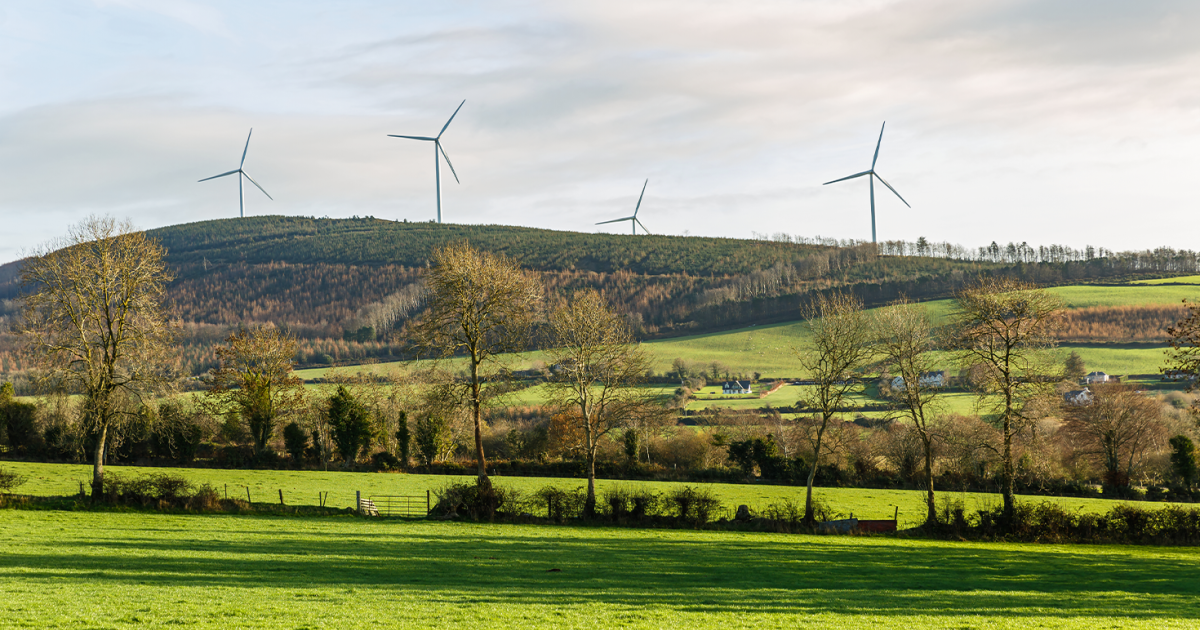 This article was originally published by Climate & Capital Media and is reprinted with permission. Read it here.

We are 132 days into Vladimir Putin’s brutal and increasingly bloody war in Ukraine. The conflict has turned old energy norms on their head, especially in Europe, as nations frantically search for ways to quickly wean themselves off Putin’s dirty and politically untouchable gas.

The oil and gas lobby has been quick to argue that the response to the Ukraine conflict is to double down on fossil fuels — more drilling in the North Sea, more LNG exports from the U.S. But quite clearly, the solution to a war funded by fossil fuels is not to drill for more fossil fuels. The solution, as it has been for decades, lies in renewables.

So — who’s going to tell the U.K. Government this? In early June, the government announced an expansion of North Sea drilling and approved the controversial Jackdaw gas field despite holding the COP26 presidency until the end of this year.

Thankfully, other nations are taking a different tack. And here lies the good news. Every day more wind and solar projects are launched. Every day renewables get cheaper. Every year wind and solar are the fastest-growing sources of electricity. The rest of Europe, including Ireland, is leading the charge.

Last month was the strongest May on record for wind energy in Ireland, providing 34% of Ireland’s electricity, up 9% from the year before.

Last month was the strongest May on record for wind energy in Ireland — it provided 34 percent of Ireland’s electricity, up 9 percent from the year before. Over the first five months of 2022, wind energy provided 37 percent of Ireland’s electricity. As the representative body for the Irish wind industry, Wind Energy Ireland boasted these impressive statistics in its recent monthly report. CEO Noel Cunniffe said the country’s wind activity has cut carbon emissions and helped “insulate Irish consumers from our dependence on expensive imported gas.” Ireland expects to connect new wind farms to its energy grid before the end of the year.

Last year, wind and solar reached a record 10 percent of electricity generation globally. Fifty countries have crossed the 10 percent wind and solar milestone, with seven new countries reaching this threshold in 2021. China was notably one of them. To stay on a pathway that keeps global warming to 1.5 degrees Celsius, wind and solar need to sustain high compound growth rates of 20 percent annually to 2030.

Alongside the need to tackle climate change, the war in Ukraine has turbocharged some nations’ commitment to renewables as they wean themselves off Russian gas. Last month, four European countries — Germany, Belgium, the Netherlands and Denmark — pledged to build at least 150 gigawatts (GWs) of offshore wind capacity in the North Sea by 2050 to create a “green power plant” for Europe. This would be enough to power 230 million European homes and to make green, rather than polluting, hydrogen.

Denmark’s Climate and Energy Minister Dan Jorgensen, announcing the plans, said simply, “The answer, my friend, is literally blowing in the wind.”

Offshore wind will not only make up future energy supply, but it is also stabilizing the current supply.

The European Commission has also unveiled a $208 billion plan to expand wind energy at sea. The Commission initially planned to build 16 GWs, but has increased to a remarkable 300 GWs of energy. If these targets are met, that would mean a tenfold increase in offshore wind energy.

Last week came further good news. Germany’s Economy and Climate Ministry presented an additional package of measures to speed up the expansion of onshore wind power generation. Currently, only around 0.8 percent of land in the country is designated for onshore wind power. Of that, a paltry 0.5 percent is being used. Last week’s legislation aims to see that amount rise to 2 percent. The draft law is due to be approved by the German parliament this week.

In Germany, wind power is already making subtle but significant contributions to the energy grid. For the first time, the country’s electricity system will be stabilized using offshore wind if there are grid fluctuations. The wind farm being used, Riffgrund 1, is operated by Danish energy company Orsted.

“Offshore wind power is a foundation of Germany’s energy transition and contributes to supply security at many levels,” said Jörg Kubitza, the German head of Orsted. So offshore wind will not only make up future energy supply, but it is also stabilizing the current supply.

Meanwhile, off the coast of western France, electricity from offshore wind was generated for the first time last week. Saint-Nazaire offshore is France’s first offshore wind farm and has 27 turbines, although it intends to install 80 turbines eventually. The partners developing the field said last week’s news was “an important step for the energy transition.” Other offshore wind farms are planned, like in Ireland, with new ones due next year in Normandy. French President Emmanuel Macron wants to install 50 offshore wind farms by 2050, with a total capacity of 40GWs of power.

On the edge of Europe, Turkey is already seeing tangible benefits from wind and solar as energy prices soar. One recent analysis found that the country saved $7 billion in the last 12 months as wind and solar helped replace fossil fuel imports. From the beginning of the war in Ukraine until the end of April, wind and solar generation in Turkey replaced a potential $2 billion in oil and gas imports alone. This helped lower electricity bills at a time when gas prices skyrocketed globally.

And the good news for consumers is that wind and solar prices are falling globally too. Researchers recently collected data from hundreds of wind and solar farms in the U.S., where renewable energy accounted for 83-84 percent of new power capacity last year. The researchers found that the cost of renewables was decreasing as the operations became more efficient.

The U.S. appears ready to have an offshore wind bonanza, which experts have calculated presents a $100 billion revenue opportunity over the next decade. In February, the Biden administration set an “offshore energy record” with $4.37 billion in winning bids for licenses for the New York Bight. The installed capacity is expected to be between 5.6 GWs and 7 GWs, enough to power 2 million homes.

America’s next wind powerhouse could be the Gulf of Mexico.

And talking of good-paying union jobs, there is now talk of expanding wind energy in the Gulf of Mexico — long the domain of Big Oil and the scene of the largest oil spill in history, the Deepwater Horizon disaster.

Late last month, Politico reported that America’s next wind powerhouse could be the Gulf of Mexico. The Biden administration is reportedly reviewing 30 million acres of Gulf acreage near Texas and Louisiana for potential wind development. One huge advantage for offshore development is an existing workforce with knowledge of the area.

There could hardly be a more symbolic area to transition from dirty fossil fuels to renewables than the Gulf Coast. Reskilling oil and gas workers to lead the renewable revolution in the U.S. will be vital to achieving a just transition that can benefit communities burdened with polluting oil extraction and refineries.

“When workers hear ‘just transition,’ I think they hear, ‘We’re having a fancy funeral,’” Rick Levy, president of the Texas AFL-CIO labor union, told Politico. Levy added that massive offshore expansion offers an opening “to make sure that when we set these offshore wind and other technologies on their course, workers are able to share in the benefits.”

The more oil workers benefit from renewables, the quicker we will bring about the demise of the oil and gas industry. It really is that simple.