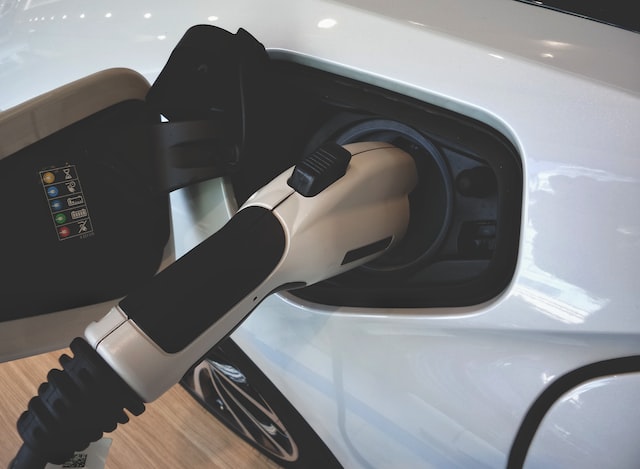 Gas prices are on the rise again after a 99-day streak of prices declining, according to the AAA. While the cost of gas has been steadily rising for more than a week in many states, those who want to avoid exorbitant gasoline prices altogether may be considering alternative transportation options — such as electric vehicles (EVs). However, while EVs are well known for being an eco-friendly way to get around, the batteries themselves can be a bit problematic. From understanding the environmental concerns involved with EV batteries to the innovative solutions out there, here’s what you should keep in mind.

Over time, EV batteries will slowly lose their capacity. While some are recycled or reused for other purposes, they can also wind up being disposed of in the long run. A 2021 Wired article by author Gregory Barber notes that “shredding” is the most common scenario that EV batteries face at the end of their lifetime, a practice which involves the battery pack being transformed into a pile of macerated scrap called “black mass.” The mass is then burned or treated with acid to extract valuable minerals inside, including nickel and cobalt. The article goes on to explain that while shredding isn’t great for the environment (due to the flames and acids involved), batteries need to be shredded as they’re simply not designed to be taken apart, thus making the shredding process the most reasonable option (especially since pulling apart a battery pack can be dangerous).

The Wired article goes on to cite one Swiss company’s recycling program. Kyburz, which makes electric vehicles and “selects its batteries with their eventual reuse and recycling in mind.” After being reused in various ways, the batteries are then dismantled piece by piece into materials that can be reused. “The goal is to produce raw materials for new batteries from dead batteries as efficiently as possible,” the article notes, highlighting the fact that the company is able to avoid shredding.

How People Can Make a Difference

When looking to lessen the environmental impact of an EV, ensuring that the battery is well-cared for can help. While many may worry about running out of battery power while on the road, it’s important to understand that it’s much more difficult to run out of energy in an EV accidentally. With several warning signs that your EV’s battery is in need of a charge, EVs provide multiple visual and audio warnings as the battery starts to run down. If it does run out of battery while driving, note that there is less of a chance that you’ll damage an EV’s powertrain than if you were to starve an internal combustion engine of fuel. While lithium-ion batteries inevitably degrade with time and use, extending the battery lifetime can be done in several ways, such as avoiding fast chargers unless needed, minimizing the time spent at 100% and 0% charge, and always reading the owner’s manual for specific charging instructions.

While money is going towards recycling startups and research centers in order to figure out how to disassemble dead batteries to extract valuable metals at scale, keeping things in use for longer is another option, according to one article from The Guardian. Companies like Tesla, for example, work to ensure that their EV batteries are used for as long as possible, stating that “Extending the life of a battery pack is a superior option to recycling for both environmental and business reasons.” For those reasons, before decommissioning a consumer battery back and sending it for recycling, the company does everything it can to extend the useful life of each battery pack. Tesla also mentions that none of their scrapped lithium-ion batteries go to the landfill, and are 100% recycled, thus highlighting the environmental benefits involved.

A Forbes article further elaborates on the potential of giving EV batteries a second life. According to the media outlet, most batteries still have plenty to give and retain up to 70% of their charging capacity for up to eight years. The article further goes on to mention how EV batteries can be used, pointing out that second-life EV batteries “could be repurposed as Energy Storage Systems (ESS), storing zero-emission power generated by wind and solar power plants.”

Choosing to invest in an electric vehicle is a great way to lead a more eco-conscious lifestyle. However, while EVs offer a great way to help the environment by reducing fossil fuel consumption, it’s still important to consider the EV battery’s life cycle and what can be done to make the process more eco-friendly.