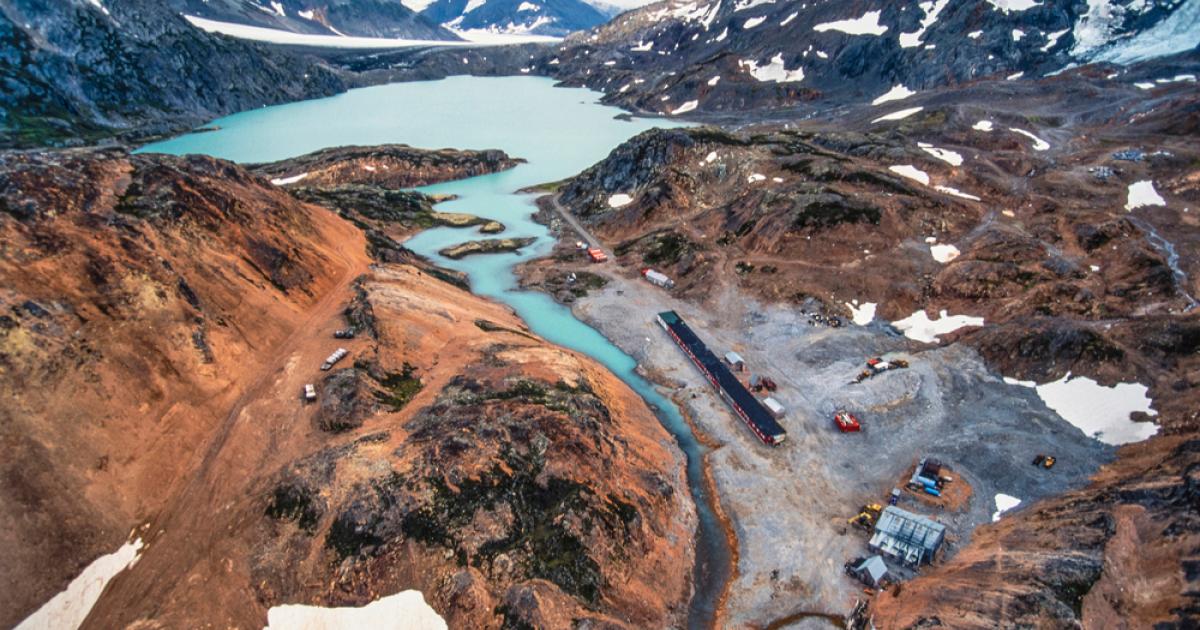 This story originally appeared in Corporate Knights and is republished here as part of Covering Climate Now, a global journalistic collaboration to strengthen coverage of the climate story.

At the peak of the summer, my nation, the Nlaka’pamux, one of the Indigenous Peoples of south-central British Columbia, used to know when the salmon had returned to local rivers by the annual blooming of the waxz’ethlap, or wild mock-orange shrub. This flower’s annual bloom along the shores of the Thompson River used to tell us when to prepare our salmon nets and fish-drying racks to harvest what is one of our most important protein sources.

However, because of the impacts of climate change on the lands and waters in our territories, this annual bloom is no longer synchronized with the salmon’s journey up the rivers to spawn. The waxz’ethlap flowers that once welcomed the salmon home miss the yearly migration by several weeks. In late June, an extreme heat wave formed over the Pacific Northwest, fuelling a catastrophic fire season. As the temperature soared, Lytton, B.C. — a town only 22 miles away from my home community, the Cook’s Ferry Indian Band at Spences Bridge, B.C. — reached an unprecedented 121.28 degrees Fahrenheit and the next day burned to the ground. That was the hottest temperature recorded anywhere in Canada. My community, and many other adjacent Indigenous communities, were under wildfire evacuation alerts from June to mid-September.

Scientists have been telling us for decades that we must dramatically reduce our greenhouse gas emissions to prevent the worst impacts of climate change. One important way to reduce those emissions is to convert our cars to electric vehicles (EVs), particularly as the Canadian and U.S. transportation sectors combined make up the continent’s largest source of carbon emissions. And yet, this need presents Indigenous people with a new challenge, as the minerals used to make EV batteries, in large part, will come from Indigenous lands.

Prior to the 1970s, many mines in North America were built and operated by companies that had little regard for Indigenous rights or aspirations. In the more egregious cases, mines were abandoned by their owners once the mineral deposits had been spent, then continued to leach toxic chemicals and minerals into waterways for decades. An estimated 10,000 abandoned mines are  in Canada, with cleanup costs expected to be in the billions, paid mainly by taxpayers.

Unless there are true and equitable partnerships between industry, governments, investors and Indigenous people, 2030 net-zero mineral deadlines will not be met.

Many of these mines are near Indigenous communities, whose residents live with the environmental legacy of these past mining practices. For example, as a result of the toxic legacy of the Giant Mine gold mine in the Northwest Territories, which closed in 2004, the Yellowknives Dene First Nation has formally called on Canada for an “apology and compensation for the damage and long-lasting impact to their lands and people.” In Squamish Nation territory, the Britannia Mine, Canada’s largest copper mine before it closed in 1974, produced acid runoff for decades. It’s considered and has been “one of the largest metal pollution sources in North America,” according to the government of B.C., affecting sea life in Howe Sound.

While the mining industry in Canada has made strides in consulting with Indigenous peoples, and in complying with environmental legislation, the sheer volume and rapid timeline of EV battery mineral demand will challenge miners and governments to respect and protect Indigenous peoples’ rights and interests while meeting projected mineral demand.

Given that Section 35 of Canada’s Constitution Act recognizes and affirms Indigenous rights, and the recent passing of the United Nations Declaration on the Rights of Indigenous Peoples into Canadian law, governments and miners must gain the “free, prior and informed consent” of Indigenous people, governments and communities for all new mining projects.

What happens to our planet’s atmosphere if Indigenous people say no to new battery mineral mining?

One need only read the daily news to see what happens when governments and companies do not honor Indigenous rights. Increasingly, Indigenous people and non-Indigenous allies, via consumer activism and ethical investing criteria, are having a significant impact on the economic bottom line of companies that do not source their raw materials in a manner that is environmentally and socially sustainable.

For example, shares in the Canadian mining company Tahoe Resources fell from $27 to $5 as the company failed to disclose the extent of local and Indigenous opposition to its Escobal silver mine in Guatemala and was beleaguered by a string of lawsuits, violent conflicts and the suspension of the mine by a Guatemalan court. And in the U.S., the headline-making Dakota Access Pipeline ultimately cost Energy Transfer and its investment partners in the pipeline an additional $3.7 billion as a result of Indigenous-led social pressure, delays and opposition to the pipeline.

Indigenous people are diverse, however, and many are not necessarily against development in their territories. The First Nations Major Projects Coalition is a collective of 80 First Nations across Canada that are among those interested in participating in projects that are supportive of their environmental, social and economic self-determination priorities. Projects with this support stand a much better chance of being built. While rudiments of successful partnerships with Indigenous communities exist, mining is still heavily tilted against Indigenous nations, who bear nearly all the environmental and social risk while capturing comparatively few benefits. An equal sharing of benefits would see Indigenous environmental oversight, the growth of Indigenous-owned support businesses, revenue sharing and equity ownership, and employment at all levels of the ventures, from entry level through to senior management and boards of directors.

Driving the race to net-zero

It currently takes 10 to 15 years on average to bring a new mine into production. Unless there are true and equitable partnerships between industry, governments, investors and Indigenous people, 2030 net-zero mineral deadlines will not be met. Governments and industry need to vastly ramp up their partnership game to bring new minerals to market in time to be part of a net-zero solution.

Saving the planet’s atmosphere by sacrificing Indigenous lands, cultures and societies is a non-starter for Indigenous nations.

Today, only 0.7 percent of vehicles on Canadian and U.S. roads are electric-powered. To reach global emission targets by 2030, nearly 60 percent of new vehicles worldwide will need to be powered by electricity, with 100 percent by 2050, according to the International Energy Agency. To manufacture the millions of new batteries needed to power these millions of new EVs on North American roads, the car industry will require up to 14 times more nickel, nine times more lithium and 10 times more copper by 2030 than it did in 2019.

The day before wildfires burned the town of Lytton to the ground, the Government of Canada set a mandatory target for all new light-duty cars and passenger trucks to be zero-emission by 2035.

One month later, U.S. President Joe Biden signed an executive order mandating that half of all new vehicles sold in the U.S. by 2030 be zero-emission vehicles. The automotive market is already moving to fulfill market demand for cleaner transportation options. Every major car manufacturer worldwide has announced that they will be shifting their car production to more, and in some cases only, emission-free options.

Saving the planet’s atmosphere by sacrificing Indigenous lands, cultures and societies is a non-starter for Indigenous nations. Car manufacturers, mining companies, governments and Indigenous leaders will need to come together to forge successful partnerships that can work for a fair and sustainable energy transition.

The question is this: Will the benefits that come from a $1-trillion market be equitably shared among all affected parties? And can we be environmentally smart, culturally aware, respectful of Indigenous sovereignty and economically prosperous without trading one problem for another?