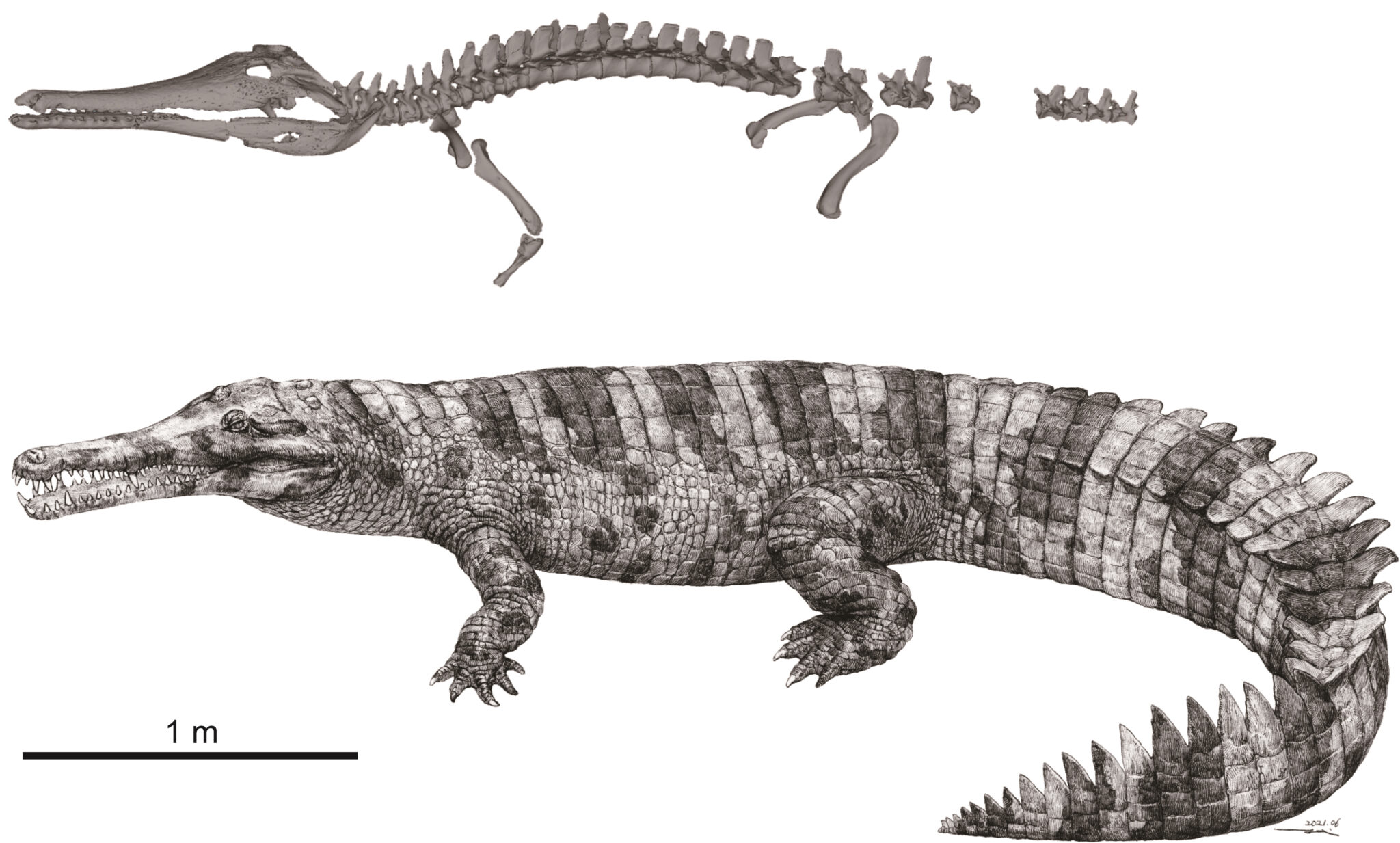 A new species of extinct crocodilian has recently been identified from fossil remains discovered in southern China. The skeletons show evidence of the species was hunted by humans and may even have been ritualistically beheaded.

Researchers from Japanese and Chinese universities studied two examples, one killed in the 14th century B.C., one in the 10th century B.C. They are a slender-snouted crocodilian, but of the gharial family, the third surviving family of modern crocodilians alongside sharp-nosed crocodiles and blunt-nosed alligators. The specimens have skull features from the two other crocodilian branches as well as the gharial features, which makes it something of a missing link. The new species was named after Hanyusuchus sinensis after Han Yu, a Confucian essayist, poet and government official who tried (unsuccessfully) to fend off an infestation of crocodilians in southern China’s Guangdong province in the 9th century.

The two Bronze Age examples are adults of unknown sex. Extrapolating from the surviving fossilized bones, they were between 18 feet and 20 feet long. One of them had 17 chop marks, 16 on the skull, one on the neck. The orientation, spacing and depth of the chop marks indicate multiple blows by the same right-handed individual. Chop marks in different orientations may have been made by other people or by the same individual from a different position. One vertebra was completely bisected in a single blow believed to be a deliberate decapitation.

These blows were delivered with heavy metal weapons. Bronze axes in this period are known to have been symbols of monarchical power and used in religious rituals.

Any species considered a so-called missing link is always a significant find, but Hanyusuchus sinensis is important for other reasons too: chiefly, that it seems to have been driven to extinction by humankind. Both of the subfossil gharial specimens showed extensive evidence of vicious attacks and even beheading. The authors connected the fatal wounds with weapons of the period in question.

“Given the two specimens we have were killed by people, the species is no longer around, and given the historical evidence of systematic crocodilian purges in the region, the conclusion must be that humans are responsible for Hanyusuchus sinensis‘ demise,” said Yoneda. “Crocodilians are top predators and play a pivotal role in the maintenance of their freshwater ecosystems. This historical crocodilian conflict serves as a warning to people in the present.”