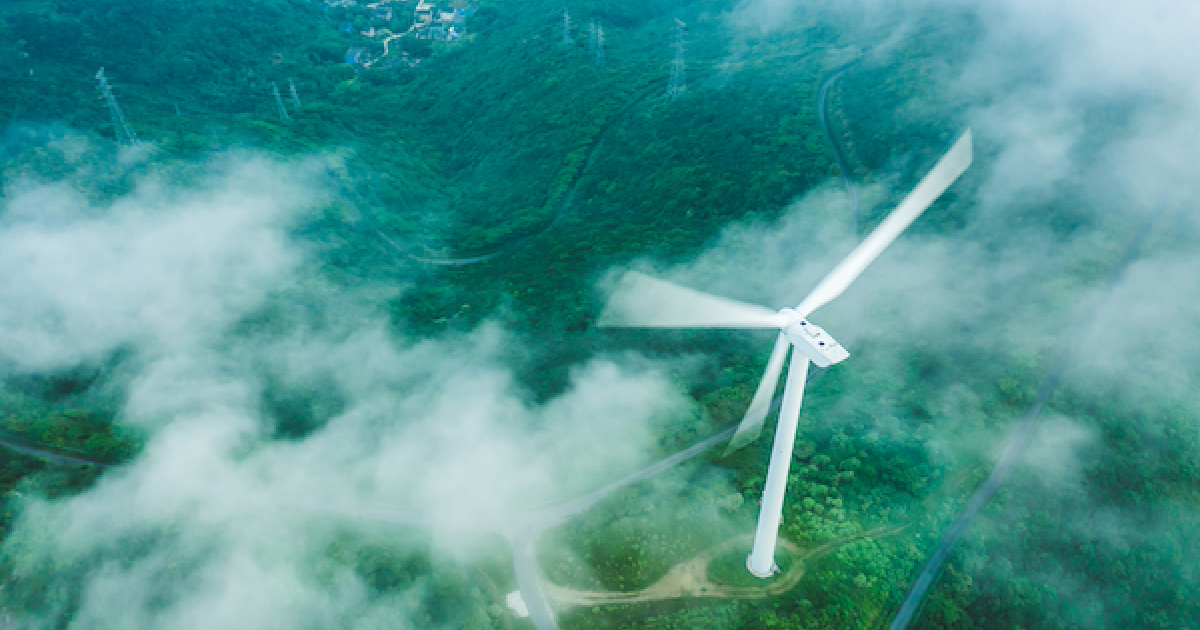 This article is sponsored by Amazon and written by Global Optimism, a founding partner of The Climate Pledge.

Since the Paris Agreement was gaveled in 2015, the pace of zero-carbon solutions has rocketed across multiple sectors, especially in energy, transport and finance, a dynamic known as the “Paris effect.”

Renewable energy for new electricity is cheaper than fossil fuels in nearly every market in the world. The cost of wind power has dropped 70 percent in less than a decade. One-third of all electricity around the world is already renewable, and clean energy is a rapidly growing market opportunity.

By contrast, coal demand has peaked. Oil and gas demand will soon peak too, due to electrification of transport, decreasing social license and capital market intolerance. We are in the midst of the most remarkable economic transformation humanity has embarked upon.

Businesses, recognizing the immense opportunities that this transformation brings, have been leading the way, including as part of the U.N. annual process. As a result, and thanks to collaborative efforts such as The Climate Pledge, the progress we have made on climate solutions is impressive compared to where we were only six years ago, when the world’s governments unanimously backed the Paris Agreement.

But last month’s COP26 summit exemplified that that progress is still incremental compared to the scale and urgency of the challenge.

Global emissions continue to rise. The climate crisis is accelerating with terrifying speed. Half of the world’s children are already at extremely high risk from the impacts, including hunger-inducing floods and droughts — a shocking reality that we cannot shy away from, and which will not be solved with incremental action.

It is entirely understandable that young climate activists such as Vanessa Nakate respond to carefully and proudly planned announcements with the words “we don’t believe you.” Too many climate targets set have been missed.

The Climate Pledge must be different. The 217 businesses that have joined the pledge to-date have committed to be at net-zero carbon by 2040 — 10 years ahead of the Paris Agreement — and have done so understanding the myriad benefits it will bring both now and into the future.

Reaping these benefits requires immediate action to reduce emissions, along with integrity and transparency in accounting for those reductions.

Business activity that would push us beyond 1.5 degrees Celsius will not be tolerated by civil society, nor will it fit into the supply chains or investment portfolios of those committed to achieving it: More than two-thirds of the world’s assets under management have committed to net-zero portfolios by 2050 or before.

COP26 also underscored the urgency for action. We have to halve emissions and shift to a nature-positive economy by 2030 on the path to reaching net-zero by 2040. These targets are eight and 18 years out, but action must start now.

Here’s how companies can respond:

None of this will be easy to achieve on time. We are all coming at this from a deeply entrenched high-carbon, extractive economy. But that is not an excuse for not doing what is necessary. It is precisely at this difficult moment when the climate crisis and scrutiny of businesses is at its most intense that we must find the strength to push past the boundaries that are holding us back from exponential action.

Businesses — especially those who are part of The Climate Pledge — need to focus with full attention and razor-sharp intention on the milestones we must achieve and meet the targets so boldly set.

Learn more about how to join The Climate Pledge at theclimatepledge.com.