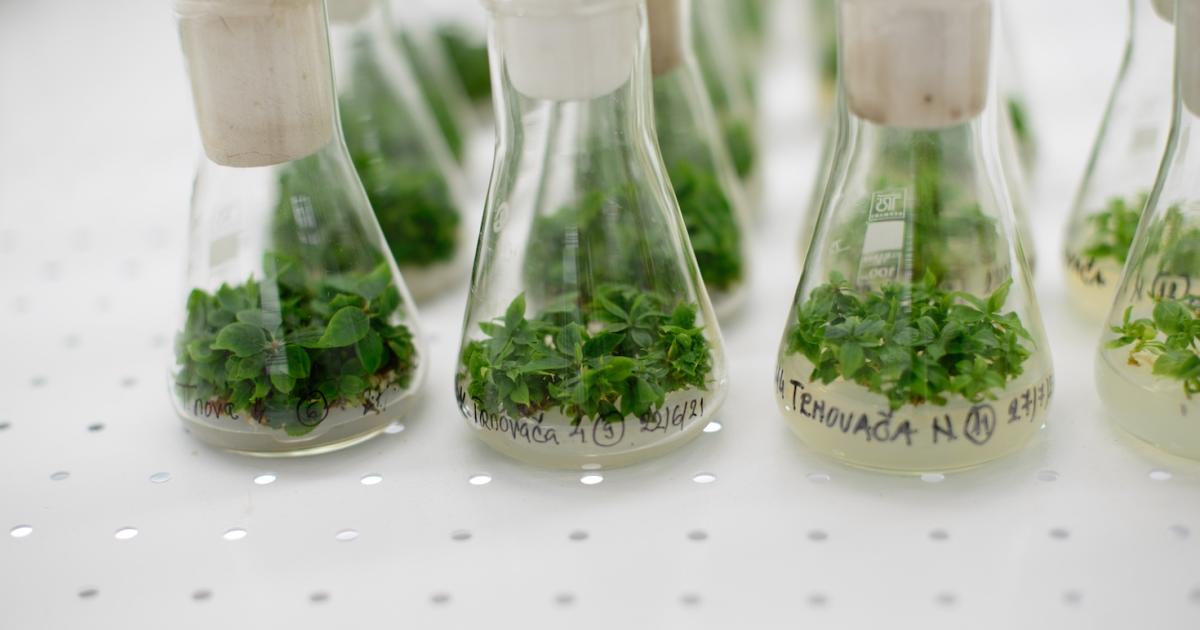 Are food and agtech investors deploying their funds wisely? That’s the question I asked myself this week when comparing data from two recent reports. Of course, the potential for profitability is a baseline for any good investment. But in a world on the brink of ecological collapse, investments also need to have meaning beyond money. So how are investors doing on that end?

Here are my two sources:

While these two reports aren’t an apples-to-apples comparison, and the topics in each don’t align entirely, there’s enough overlap to see how recent startup activity relates to mitigation needs.

Let’s start with the mitigation potential and implied practice changes. The IPCC identified seven significant opportunities for net emissions reduction in agriculture, food and other land use, shown in the chart below. I won’t get into the third and fourth bars focused on ecosystem restoration, afforestation and sustainable forest management, as they don’t relate directly to food and agriculture.

Within the food systems realm, it recommends the following actions, listed in order of mitigation potential:

How is the agri-food innovation ecosystem meeting this need? Not very well — at least if we take last year’s investments as a proxy for where the sector is going. 2021’s biggest checks don’t closely mirror the mitigation opportunities outlined by the IPCC.

The biggest miss: 35.8 percent of last year’s funding went to eGrocery. That’s an $18.5 billion investment distributed across 343 deals in online stores and marketplaces that sell and deliver food directly to consumers. Chinese company Furong Xingsheng (Chinese) led this category, and overall investments in 2021, with a $3 billion round. The grocer is at the helm of a growing trend in China, where consumers band together in groups to purchase fresh produce and other items in bulk, securing better deals.

This new model could tie into some mitigation opportunities. More direct bulk purchases from wholesalers and farmers could reduce waste and cheaper produce could lead to more vegetable consumption. But the marketplace doesn’t actively incentivize these outcomes and doesn’t seem to have a big sustainability focus in general.

Many other online grocery startups that raised big rounds work on instant delivery. This includes goPuff, Gorillas and Flink. Ordering groceries on the fly might lead to some food waste reductions, but that’s not the primary goal of these startups, and I haven’t seen evidence of that happening. On the contrary, smaller and more frequent grocery-related deliveries might increase transportation-based food emissions. In my opinion, instant grocery is a luxury good the world doesn’t need. The money and brainpower going into these platforms would be better spent solving real climate problems.

I’m surprised on the carbon front, as carbon market startups such as Indigo and Nori have seen overwhelming demand.

Alternative protein startups also indirectly contribute to the IPCC’s primary opportunity — reducing deforestation and other land-use change — as their products have a significantly smaller land footprint than animal-based counterparts.

The middle ground: There’s some decent activity in midstream tech and agricultural biotechnology, which made up 7.3 percent and 5.1 percent of last year’s investments, respectively.

Apeel Sciences emerged as the leader in midstream tech with a $250 million raise and its climate-relevant focus on preventing food waste. The Internet of Things (IoT) startup Williot came in second with a $200 million raise. By improving supply chain tracking and transparency with a cloud-based monitoring system, the startup also hopes to make a dent in food waste and other supply chain efficiencies.

What holes does this leave us with? Food and agtech investments seem to be missing the mark on deforestation, carbon sequestration solutions and methane reduction approaches compared to their mitigation potential. I’m especially surprised on the carbon front, as carbon market startups such as Indigo and Nori have seen overwhelming demand.

AgFunder’s methodology for this report might explain a portion of this gap, which focuses on investments in solutions that “are particularly high tech or utilize proprietary technology” rather than listing more traditional farming updates. Similarly, the report might not capture deforestation-related investments if they’re not directly tied to agricultural supply chains, explaining some missed opportunities here. (I didn’t hear back from AgFunder in time for this piece to clarify these questions). Either way, we have a long way to go.