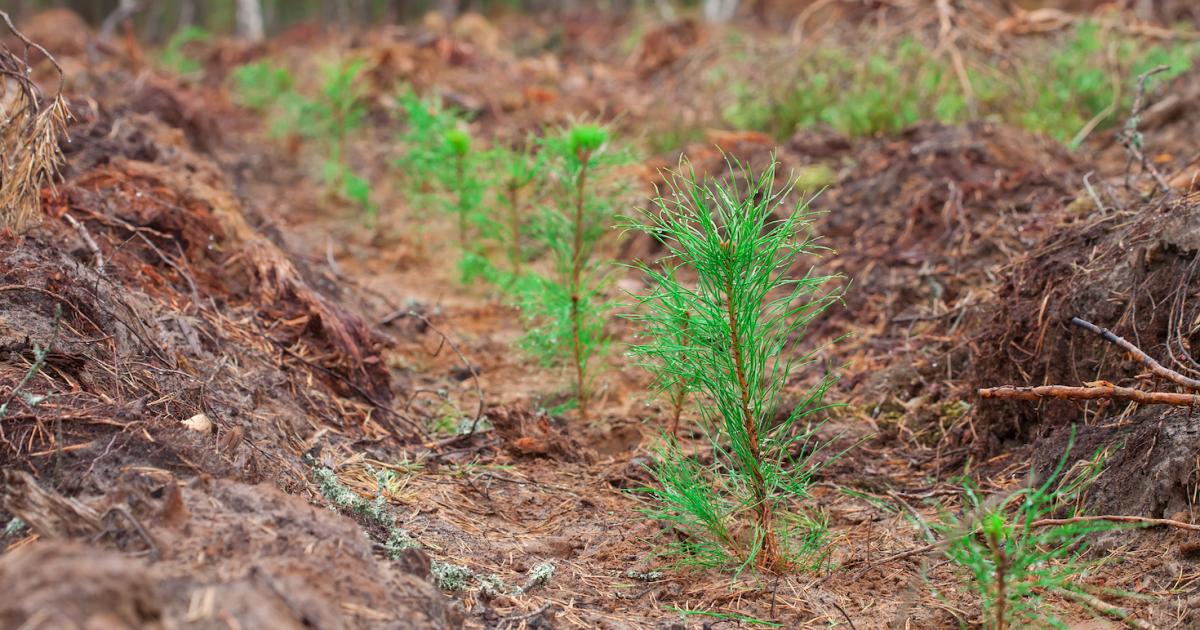 Forests need angel investors. That’s the backbone mission of a new <$100 million fund launched in early March by the nonprofit Bankers without Boundaries and the reforestation company Terraformation. The goal is to unlock private capital for reforestation efforts by reaching out to banking partners and other investors who have not yet been identified by the partner companies.

“The structural problem is that we don’t start enough new forests today and in the world,” said Yee Lee, vice president of growth at Terraformation. “The existing classes of capital, like all RFPs for carbon credits, all those billions of dollars of green bonds, they’re just not well suited to start a forest.”

Billions of dollars are chasing the opportunity for carbon credits, but according to Lee, not enough existing forestry projects to supply the growing market. This fund will act more like the early-stage investors of startups, big money that can take big swings on undeveloped ideas with both more risk and potential payoff. But instead of a new revolutionary app or product, the money will go to creating new forests.

“Finance with bigger portfolios, diversify classes of capital, so that you can absorb losses in a different way than the later stage players can,” said Lee.

There’s not actually a large enough labor force to complete the reforestation goal.

New forests, like early-stage startups, are more likely to fail and take more time to see a profit than avoid deforestation projects. According to Chris Smith, head of debt finance at Bankers without Boundaries, a lot of the existing funding for forests backs anti-deforestation efforts such as paying landowners to not cut down their forests, or forests grown for timber harvesting. The investment and funding models for these types of projects, while important, aren’t putting a dent in the 2.3 billion acres of forest the latest Intergovernmental Panel on Climate Change report estimates are needed to revitalize to keep to a 1.5 degrees Celsius target.

And those 2.3 billion trees will cost between $690 billion to $2.6 trillion, according to a study by Terraformation, “Financing Forests: How to unlock capital for large-scale restoration.”

To plant billions of trees requires multiple trillions of seeds. The seed collecting, nursery and seed banking system desperately needs money to expand to meet this challenge. Terraformation, a seed banking company itself, is very focused on creating a massive, decentralized seed banking system with the money from this new fund. The purpose is for reforestation efforts across the globe to access native seeds without having to transport them from one side of the world to the other. The Bezos Earth Fund recently pledged $17 million to Future Seeds, a new CGIAR genebank and one of the world’s largest collections of crop for long-term conservation.

The second is training. There’s not actually a large enough labor force to complete this goal. According to Lee, almost a million more skilled and trained foresters are needed to plant these trees.

“We treat each of these early-stage forestry projects as a training site where we can start to propagate forestry training in new regions around the world and start to create a new generation of trained foresters,” Lee said.

The fund seeks to focus on projects in northern Africa, the east coast and west coast of Africa, northern Australia, Indonesia and pockets of North and South America in areas that used to carry trees but are not densely filled with trees due to human degradation or natural erosion.

The final area the fund hopes to focus its dollar power on is also its potential revenue stream: carbon tracking for carbon credit sales.

According to Yee, the existing carbon standards for forestry credits are neither standardized nor complete. Most only value the carbon weight of the trunk of the tree and don’t capture the full value of the roots, soil and canopy.

Yee and Smith want to use the fund to help create a better system for tracking and calculating the carbon stored in forests. The goal is to create a system that is digitized, easy to distribute and a technology like remote sensing, soil probes or another innovation that is more accurate for measuring carbon storage that can be used for carbon credits. According to Smith, selling carbon credits is how the fund plans to create a profitable return on investment for investors, although it might take five to 10 years.

Like all new ventures, forests need patient, risk-tolerant money and this fund will hopefully be a step in finding those early stage types of investors and future unicorn projects.