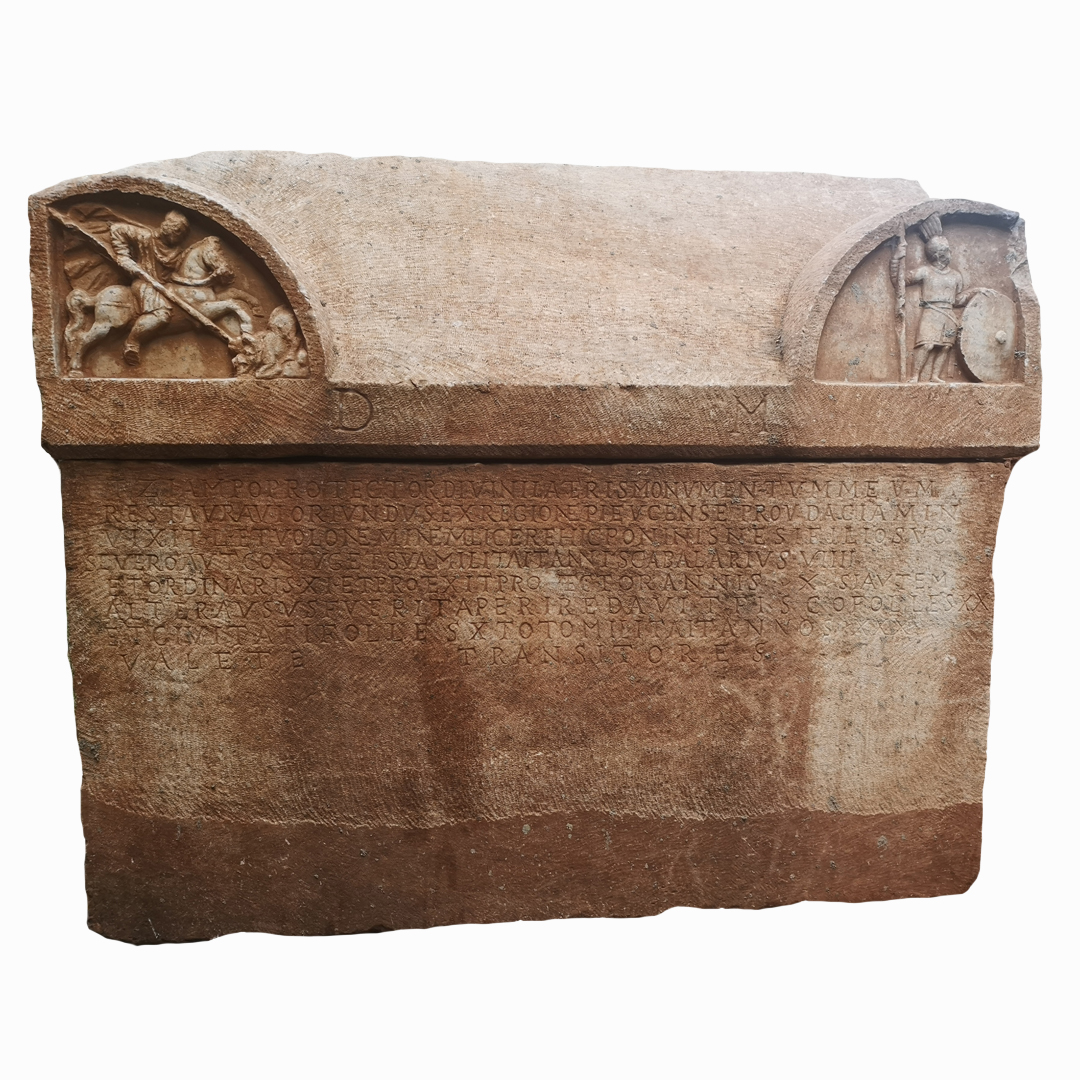 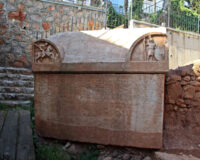 A sarcophagus discovered in Izmit, western Turkey, bears a funerary inscription identifying it as the final resting place of a Protector of the Divine Flank, a high-ranking officer in the imperial guard. It is one of only eight Protectores’ sarcophagi ever found, and the only one to be discovered in Turkey. It is also the only sarcophagus among the eight to contain undisturbed human skeletal remains and grave goods.

The sarcophagus was unearthed in a salvage excavation before construction of a new building for the General Directorate of Izmit Water and Sewerage Administration. Between 2017 and 2019, the excavation revealed a Roman-era walled necropolis including 51 tombs made of repurposed tegulae (roof tiles), two amphora burials and five large sarcophagi, the Protectore’s among them. Archaeologists also discovered 99

coins, a bronze statuette and artifacts made of terracotta, glass, metal and stone. The necropolis was less than a half mile from the city gate. The monumental sarcophagi all face south and the inscriptions are meant to be read by passersby, so the road into the city must have run through the southern side of the necropolis. Inscriptions indicate the necropolis was in active use between the 2nd and 4th centuries A.D.

The Protector sarcophagus telegraphs its owner’s profession even before you read the text. On the upper right, there’s a man on horseback attacking an enemy with a spear. On the upper left stands a soldier with a plumed helmet, spear and shield. The Latin inscription on the front translates to the following:

“To the spirits of the dead. I, Tziampo, Protector of the Divine Flank, restored my monument, originating from regio Pieucensis, province of Dacia Minor. I lived 50 years. And I want that nobody will be permitted to be deposed here except my son Severus or my wife. I served as horseman for nine years, as ordinarius for 11 years, and protected as protector for 10 years. But if another (person) dares to open (the sarcophagus), let him give the fiscus 20 folles and the city 10 folles. On the whole, I served for 30 years. Farewell, passers-by.” 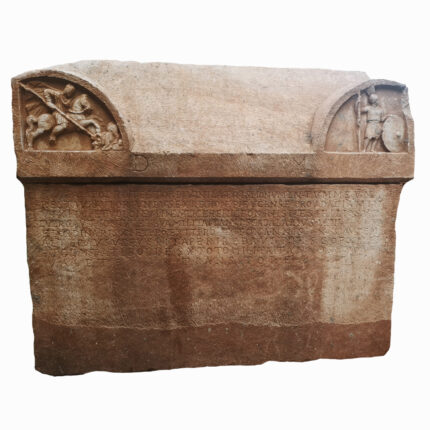 A follis was a bronze or copper coin introduced by Diocletian around the time of his Currency Decrees, ca. 301 A.D. The fiscus was the emperor’s personally treasury. It looks like nobody ever had to pay Tziampo’s fine, however, because there are only two bodies inside, believed to be the Protector and his wife. Not even Severus made the final cut.

The title of Protector Divini Lateris began as an honorific granted by Emperor Gallienus (r. 253-268 A.D.) to officers who had distinguished themselves in loyal service to him. It was an attempt to curry favor with the troops and to privilege personal loyalty to the emperor during the turbulent Crisis of the Third Century. By the time the sarcophagus was inscribed during the reign of Diocletian or his successor Constantine I, the Protectores were a powerful cavalry association attached to the imperial court, comparable to and in competition with the Praetorian Guard. Protectores reached the very pinnacle of power. Diocletian was commander of the Protectores when he ascended the imperial throne, as was Constantine I.

This inscription contains even more remarkable information: Tziampo’s place of origin has never before been recorded. The province of Roman Dacia was originally divided into Dacia Superior and Dacia Inferior. Superior was later divided into two provinces and Inferior was renamed. Then all the three would be united into one known as Tres Daciae. Aurelian lost most of Dacia in the early 270s. After the withdrawal of Roman troops and administration west of the Danube, a new province called Dacia Aureliana was established in the Balkans. Diocletian split Dacia Aureliana into two — Dacia Mediterranea and Dacia Ripensis.

All of this talk of proliferating Dacias is to say that this inscription is the sole known reference to a Roman province named Dacia Minor, nor are there any known references to a Pieucensis region. Perhaps it was a vestigial reference to Dacia Inferior, which would make Tziampo Romanian.

“The sarcophagus is of great importance not only with the information contained in the inscription but also with two skeletons and small finds found in situ. Because the inscriptions on the protections of the Roman emperors known until now have survived without any other material remains. For the first time, an inscription of an imperial bodyguard; It has survived as a whole with two skeletons in the sarcophagus and grave gifts. In this sense, the Tziampo sarcophagus is the first in the world in this field. It is a great chance for us that this sarcophagus and the necropolis area around it have survived to the present day,” he said.

The necropolis, its five great sarcophagi still in situ, is being converted into an open-air archaeological site. It will be covered to protect it from the elements.