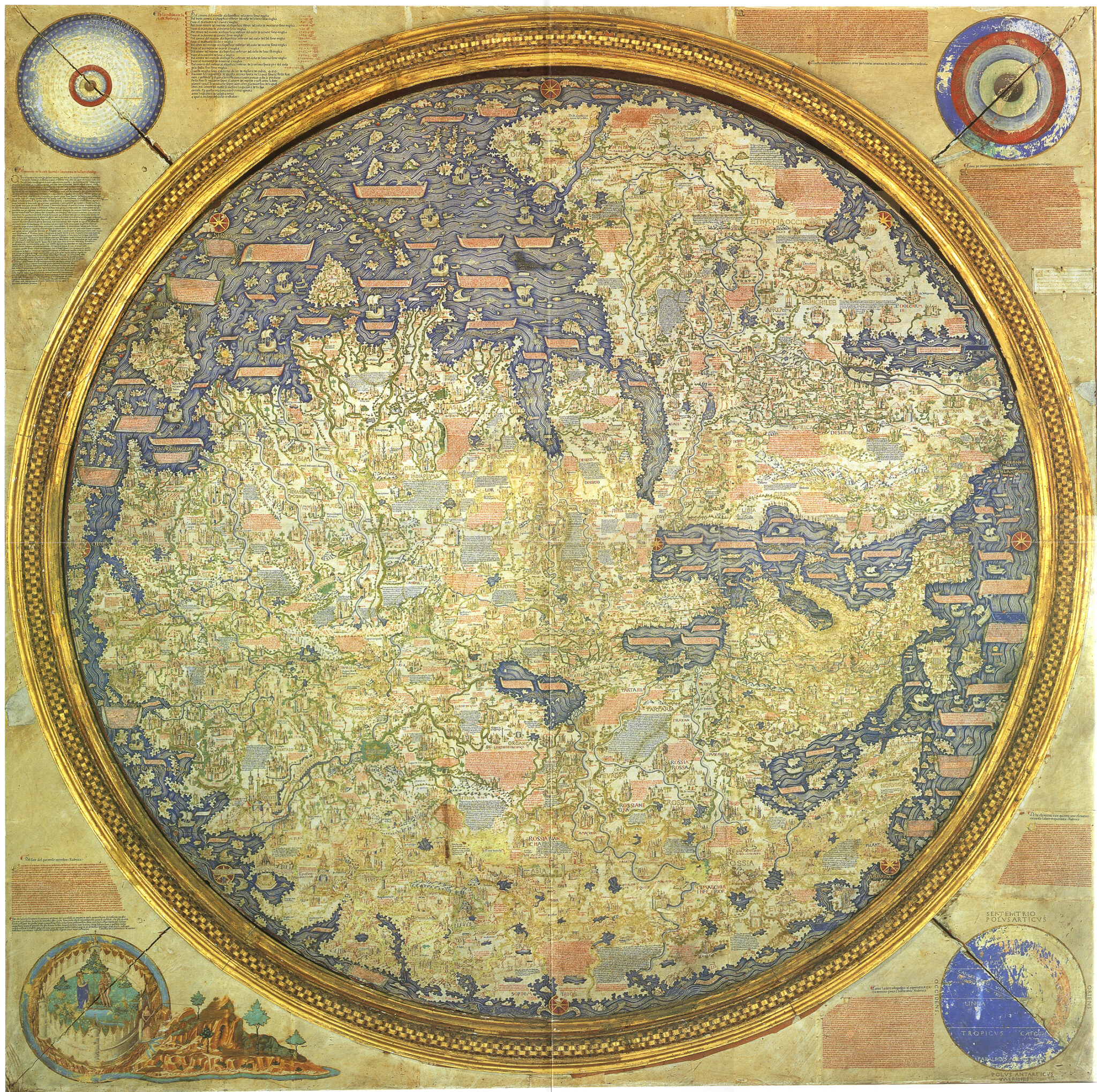 The visionary world map created by 15th century monk Fra Mauro has been digitized and can now be explored in detail online with a fantastic depth and breadth of explanatory material in Italian, English and Chinese. 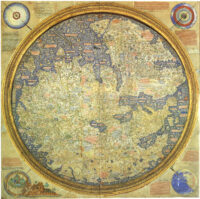 Made in the monastery of San Michele in Isola around 1450, the map took a whole new approach to cartography, eschewing the purely symbolic representations of a world centered on Jerusalem or Rome common in medieval European maps before then. It is based on the Geography of Ptolemy and contemporary marine charts, and includes thousands of annotations derived from ancient sources, medieval scholars, explorers like Marco Polo and Niccolò de’ Conti and eye-witness reports Fra Mauro got from travelers to Venice and visiting Ethiopian monks. It is brilliantly illuminated, densely packed with iconographic imagery representing cities, castles, roads, ships, even shipwrecks. Leonardo Bellini, illuminator and nephew of famed painted Jacopo Bellini, painted an image of the Garden of Eden in one corner.

The map was displayed at the monastery — initially in the church itself — and rapidly became an icon of Venice’s status as a flourishing center of global commerce and art.  It stayed there for 350 years until the suppression of monasteries under Napoleon in 1810 when it was transferred to the city of Venice. It is now part of the permanent collection of the Biblioteca Nazionale Marciana.

The digital edition of Fra Mauro’s world map embraces its creator’s embrace of data abundance. A collaboration of the Galileo Museum in Florence, the Marciana National Library and the Nanyang Technological University in Singapore, the map can be explored virtually in as little or as much depth as you’d like. Click section 2 to focus in on the interactive map and click around at your discretion, but fair warning: it is an overwhelming amount of information to absorb. I highly recommend starting at the beginning with the introduction and clicking through the sections in order.

Just to give you a quick glimpse of the density of content here, check out one single menu item, the cartouches in the Geographic Space category. It highlights, transcribes and translates every one of the 2,922 cartouches that describe cities, countries, regions, bodies of water, roads, bridges, trade routes and so much more. Scroll down the menu a little further to explore Marco Polo’s travel itinerary linked with the contemporary locations on Google Maps.

Most of the menu selections have interactive audio and video. Just click on the play buttons to launch detailed explanations of what you’re seeing. (I found the Legendary Places view entertaining). Subsequent sections contextualize the map, its significance at the time, how it was reproduced, its place in a timeline of other illuminated world maps (all of which are also digitized in high resolution so you can hunt through even more medieval cartography) and the enormous influence of Ptolemy on the world map. Fra Mauro’s Marine Chart gets its own dedicated section.

Last but certainly not least is a Digital Library that makes my nerdy heart go pit-a-pat. Every entry is a book about geography and travel hyperlinked to a digitized version of the tome in question. The digitization truly redefines deep dive.