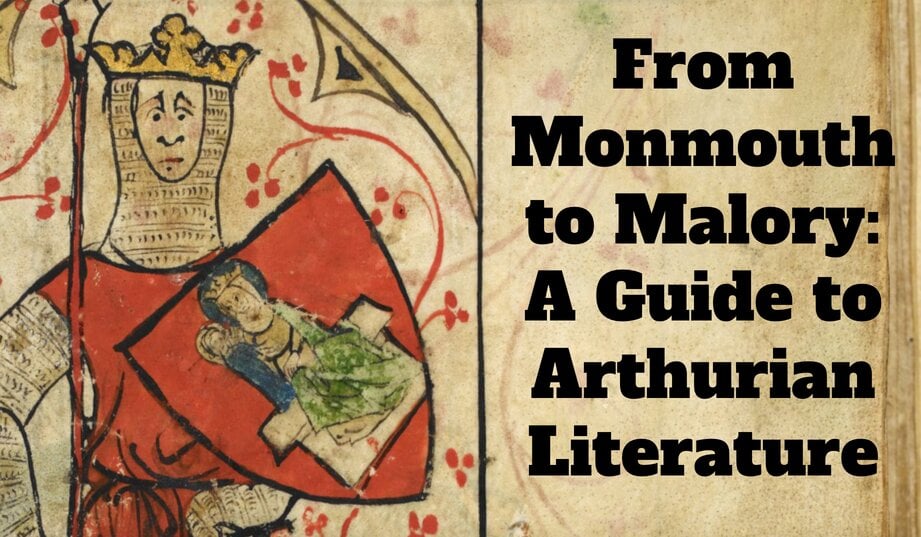 Emerging in the twelfth century out of English and Welsh accounts and oral tradition, the tales of King Arthur and his knights would captivate medieval readers. Here are ten important steps in the development of medieval Arthurian literature.

The History of the Kings of Britain, by Geoffrey of Monmouth

Created around the year 1136, this is the first work we have that offers a detailed account of King Arthur. Presented as a chronicle, it begins with the settlement by Brutus of Troy and covers various ancient deeds, including Julius Caesar’s invasion of England and the reign of Arthur, before ending in the seventh century AD. Geoffrey claimed that he was just translating an “ancient book”, but it seems that he was making use of various sources, including Welsh tales and oral traditions.

Written in 1155 by a Norman poet, it uses Geoffrey’s work as a base but adds many new details and stories, including the first mentions of the Round Table and the sword Excalibur. Wace begins to change the story from a historical chronicle into a literary romance.

Between 1170 and 1190 this French poet authored several romances, including Erec and Enide, Lancelot, Perceval, and Yvain. He was hugely influential in developing the Arthurian romances, creating the character of Lancelot and also the Grail – in his version this was a ‘holy thing’ that held a single mass wafer. Chrétien often portrays Arthur himself as more of a secondary character in these stories.

Working as a poet in late twelfth-century England, she is the author of a dozen shorter works, known as lais, including some set in the Arthurian world. Marie is considered one of the inventors of the chivalric literature genre.

These consist of several early thirteenth-century works where the Arthurian stories are further expanded, especially with the characters of Merlin and Lancelot and the quest for the Holy Grail, which now contains the blood of Jesus Christ. These works would be highly influential in Malory’s own writings.

Another story that emerges in the late twelfth century involves an adulterous romance between a Cornish knight (Tristan) and an Irish princess (Iseult). While early versions have only tangential references to King Arthur, as this work became more popular, it also became more interconnected with Arthurian literature.

Considered to be one of the masterpieces of medieval literature, this was written in High Medieval German soon after the year 1200. The story, which is over 25,000 lines long, focuses on the character of Parzival (Percival in English) and his quest for the Holy Grail.

By the thirteenth century the Arthurian romances were spreading across Western Europe, with works being done in Spanish, Portuguese, Dutch, Italian, and Hebrew. The tales were even being retold in Scandinavia and Iceland. These Arthurian stories include both similar versions to those being produced in France and England, and more unique tales influenced by local tastes.

Sir Gawain and the Green Knight

Preserved in a single manuscript, this story was written in Middle English in the late fourteenth century. It is one of the best-known stories from the Arthurian world, focusing on the knight Gawain who gets challenged to a ‘beheading game’ with the Green Knight, leading to a new quest.

This fifteenth-century work was first published by William Caxton in 1485, becoming one of the first printed books in English. It reworks earlier tales and ends with the iconic scenes of Excalibur being returned to the Lady of the Lake and Arthur being taken to Avalon.

Check out more in this episode of The Medieval Podcast:

A Man for all Centuries: The Changing Myth of King Arthur

Will the Real Guinevere Please Stand Up?

The Story of Merlin and the Demons who made him

This article was first published in Medieval Warfare magazine Issue X:1 – you can buy that issue here. You can also get new issues of the magazine through our Patreon – click here to learn more.