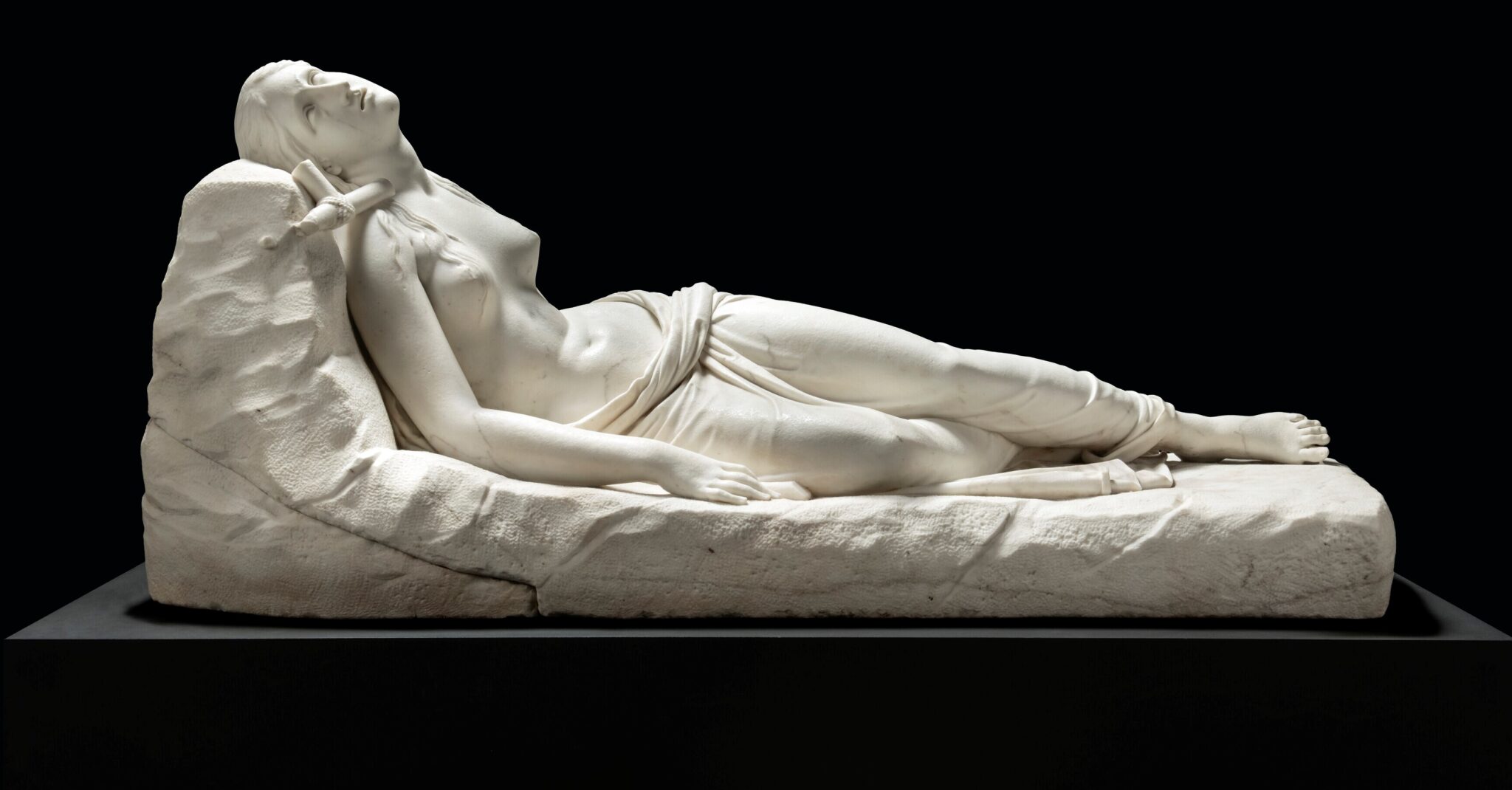 A statue of the Recumbent Magdalene made by Neoclassical sculptor par excellence Antonio Canova has been rediscovered 100 years after it was sold off and its illustrious creator forgotten. It will be going under the hammer at Christie’s in London in July with a pre-sale estimate of £5,000,000-8,000,000 ($6,580,000-10,530,000). 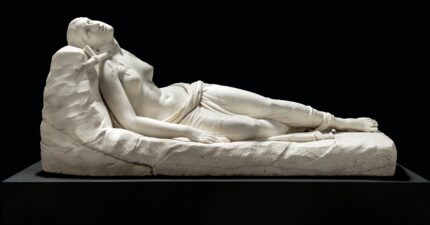 Recumbent Magdalene was celebrated as a masterpiece in its time. When this sculpture was commissioned by Prime Minister Lord Liverpool, Canova had been the most famous sculptor in Europe for three decades, creating works for popes and aristocrats, depicting Napoleon nude as Mars (the Emperor rejected it on the grounds that it was “too athletic”) and Napoleon’s sister Paulina nude as Venus (Canova had planned for her to be depicted as Diana the Virgin Huntress; she insisted on posing nude as Venus). Napoleon as fig-leafed, muscular Mars, btw, was bought by the British government in 1816 and gifted to the Duke of Wellington as the ultimate trophy for his victory at Waterloo.

Completed in the summer of 1822, the Magdalene was one of the two last sculptures the master made before his death on October 13th, 1822. The other, The Sleeping Endymion and his Dog, was commissioned by the 6th Duke of Devonshire and has been on display in the Sculpture Gallery of Chatsworth House ever since. After Canova’s death, the Duchess of Devonshire wrote to Lord Liverpool:

“My dear Lord Liverpool . . . You will with the rest of Europe have mourned over Canova – it is a loss truly irreparable, & which I cannot think of without tears . . . you & Duke of Devonshire [who commissioned the Endymion] have the last strokes of his chisel . . . “.

After Lord Liverpool’s death, the Magdalene passed to his son Charles. It left the family after Charles’ death when it was sold at auction in 1852 to William, the 11th Baron Ward. The catalogue listed it as “one of the finest and most highly finished works of Canova,” and it was exhibited at high-profile events for years after that. In 1920, Ward’s sold his ancestral estate and all of its contents to a carpet manufacturer. One of those contents was the Recumbent Magdalene, but somehow in this transfer of ownership, the attribution was lost.

It acquired a new identity as a garden sculpture in the 1950s and the current owner bought it in 2002 at a sale of garden statuary.

The current owners, reported by the Financial Times as a British couple, contacted the London-based advisor Francis Outred who led a team that made the discovery. A condition report finds that a crucifix on the figure’s shoulder is now largely missing, but that the work is in otherwise “very good” condition.

“This work has been searched for by scholars for decades, so the discovery is of fundamental importance for the history of collecting and the history of art,” says Mario Guderzo, a leading Canova scholar and former director of the Museo Gypsotheca Antonio Canova in Possagno, Italy. A plaster model of the work, made in 1819, is held at the museum.

The work will go on show this weekend at Christie’s London and then tour to New York (8-13 April) and Hong Kong (27 May-1 June). The sale coincides with the bicentenary year of Canova’s death.