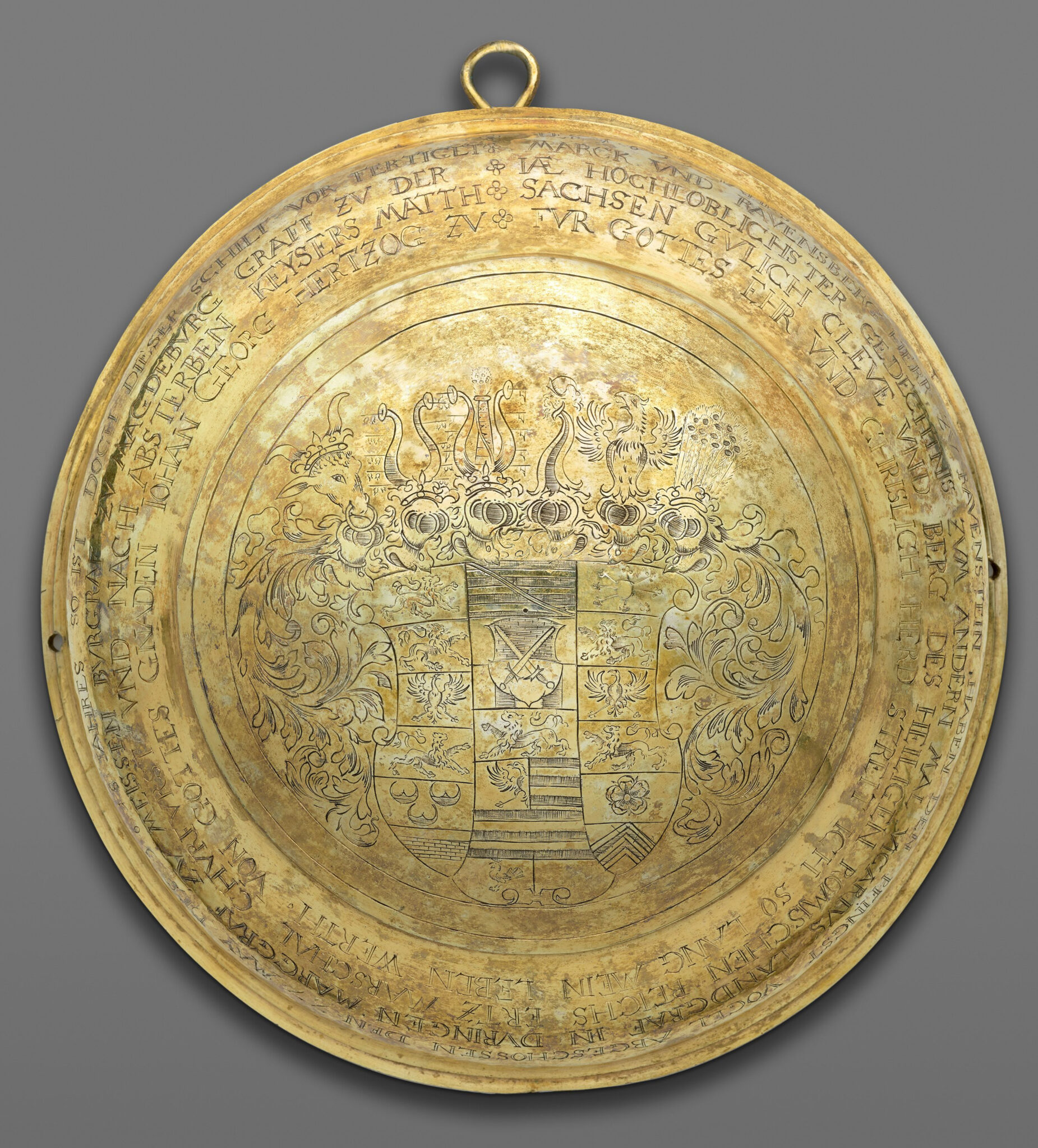 An early 17th century silver trophy stolen from Dresden’s City Hall in the chaos following the end of World War II has been returned to the city by the Philadelphia Museum of Art.

The trophy commemorates the victory of Elector Johann Georg I of Saxony at Dresden’s Witsun crossbow shooting competition in 1618. The shoots had been held since the early 15th century, at least, and it became tradition for winners to donated engraved silver trophies to the city of Dresden. After his win, Johann Georg I commissioned the gilded silver shield 22 centimeters (8.7 inches) in diameter engraved with his coat of arms and a wonderfully specific inscription:

“For God’s honor and Christian hearth I battle as long as my life lasts. By God’s grace Johann Georg, Duke of Saxony, Jülich, Cleve, and Berg, Arch Marshall of the Holy Roman Empire, and after the death of Emperor Matthias, in his most laudable memory, Imperial Vicarius for the second time; Landgrave in Thuringia, Markgrave of Meissen, Burggrave of Magdeburg, Count of the Mark and Ravensberg, Lord of Ravenstein, has shot down the Pentecost bird this 27th of May in the 1618th year; yet this shield was made in the 1619th year.” 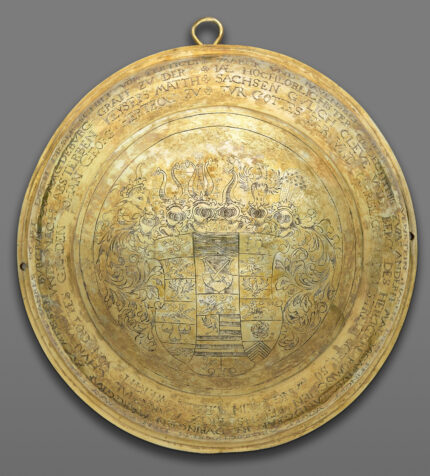 The Schützenschild took its place in the council treasury. In 1888, the City Council’s silver collection became part of the permanent collection of the newly-opened Dresden City Museum. The treasure was removed for its protection during World War II and stored in the basement of City Hall. Its location provided protection from the Allied bombing that devastated the city, but not from post-war looting. The trophy disappeared in 1945 along with other objects from the Dresden city treasure.

It would emerge again a decade later in, where else, Switzerland. It was bought by a private collector at a 1956 auction in Basel. That collector bequeathed the trophy to the Philadelphia Museum of Art in 1977. At that time, its true origins were not known, but when the museum did some research in 2016, it came across a listing of the lost silver in the German Lost Art Database. Museum officials contacted the Stadtmuseum Dresden and formally recognized them as the owners of the Schützenschild. The Philadelphia Museum of Art published their findings in 2019. Repatriation arrangements were made but the pandemic delayed the return until this year. In June, the trophy returned to Dresden. 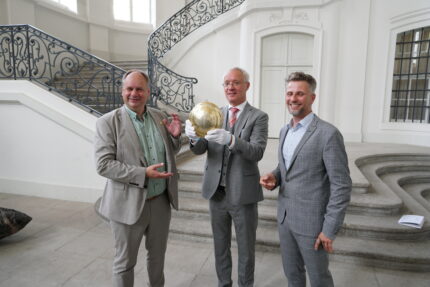