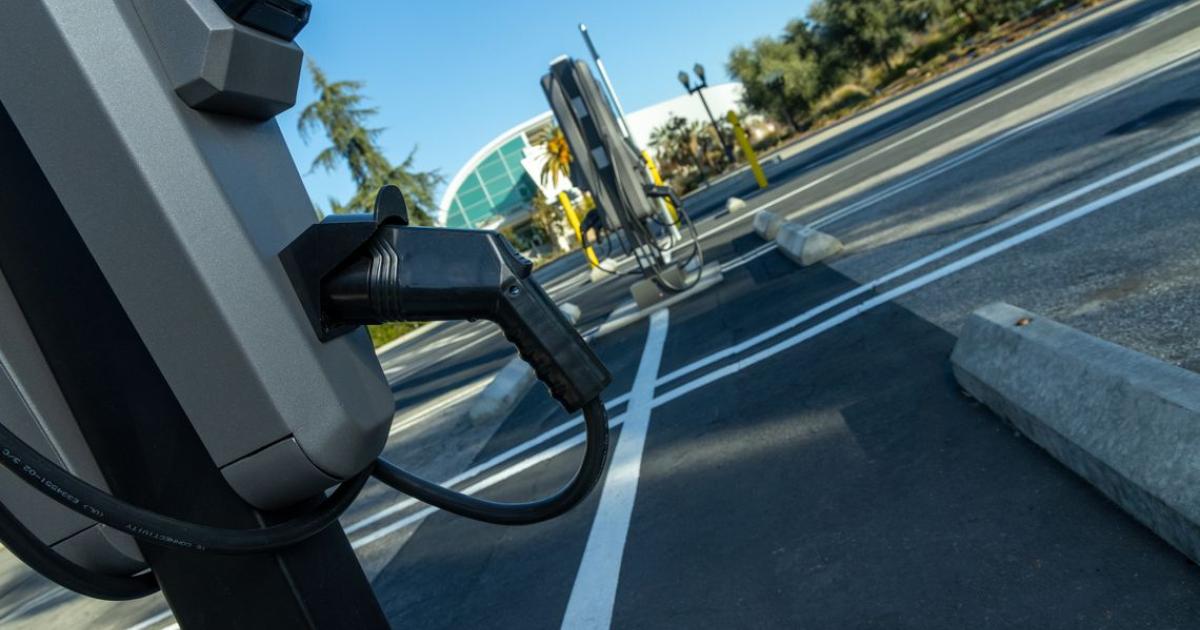 After years of false starts and unfulfilled promises, we are at the cusp of a transportation revolution. Electric vehicles are leading the charge, and with them comes the promise of a cleaner future. Every day we hear of new vehicles or new models that promise stunning features, longer range and a fast, fluid driving experience.

To deliver on this promise of zero tailpipe pollution, though, we will need the electric vehicle charging infrastructure in place so drivers can put range anxiety in the rearview mirror — and be confident they can fuel up and go whenever and wherever they need to. A fear that there aren’t enough charging stations is the main impediment to the purchase of a new electric vehicle, according to a 2020 Consumer Reports survey.

In December, the Biden administration established the Joint Office of Energy and Transportation, which will work to provide $7.5 billion in investments to install 500,000 charging stations nationwide. This historic investment, authorized by the recent infrastructure bill, aims to create good, domestic jobs, provide peace of mind to drivers so that they can buy an electric vehicle, and help address climate change by reducing tailpipe emissions and help create cleaner air.

And the federal government isn’t alone.

Public utility commissions across the nation approved more than $3 billion in charging stations, with a third of that amount targeted to low-income and disadvantaged communities. Southern California Edison alone is investing nearly $900 million in EV programs, about $350 million of which is dedicated to zeroing out diesel pollution from trucks that makes the air unsafe for the people who live near ports and along freight corridors.

Meanwhile, outside of the utility process, companies such as Volta and Amply Power are making their own investments in charging infrastructure, sometimes with surprising partners or innovative business plans.

We need these investments. And we need them to be done right.

Just think back on our investments in the Interstate Highway system, which has delivered massive economic benefits to the nation as a whole. But in cities such as Syracuse, New York; Atlanta; Oakland, California; and Pittsburgh, highways cut through neighborhoods — disproportionately Black, Latino and low-income — ripping apart the fabric of those communities.

More than 475,000 households and more than a million people were displaced by highway construction, according to the History Channel: “Hulking highways cut through neighborhoods, darkened and disrupted the pedestrian landscape, worsened air quality and torpedoed property values.” Today we live with the disastrous pollution and health legacy of this poor public policymaking.

As part of the National EV Charging Initiative, which GreenLatinos and Southern California Edison (SCE) are both a part of, we will be working with the departments of Energy and Transportation to ensure this money gets invested in the majority minority neighborhoods that often have the worst air quality and need these emission-free vehicles most.

And lower-income households face an undue burden because of the wild and unpredictable fluctuations of the global oil market. The price of electricity is more stable because it is not generated from a single fuel that is subject to a global market, and it is carefully regulated by state agencies. Electric vehicles are much cheaper to operate, and they deliver cost savings that households can bank on for the long-term.

We need to be clear that this change won’t come easily. New electric vehicles are out of reach to many low- or middle-income drivers, and it’s logistically easier for homeowners with their own driveway to install a charging station than it is to get chargers for people who live in apartments or condos. Policies and programs that provide increased rebates, such as SCE’s Pre-Owned EV Rebate program, and incentives for both vehicles and charging equipment that meet the needs of underserved communities are essential to removing these barriers.

In addition, California’s newest CALGreen building code will require that new multi-unit dwelling construction of 20-plus units beginning in 2023 include EV chargers at 40 percent of parking spaces. This is a start, but it’s not enough.

Without sustained attention — and sustained pressure from advocates and allies — we will see this trend repeated. We can’t let that happen. Building the clean transportation system of the future requires us to correct the injustices of the past and build a charging network that will serve all, equitably.

We are just at the beginning of this effort now, and we have one chance to do it right. There’s no time to waste: ¡Vámonos!