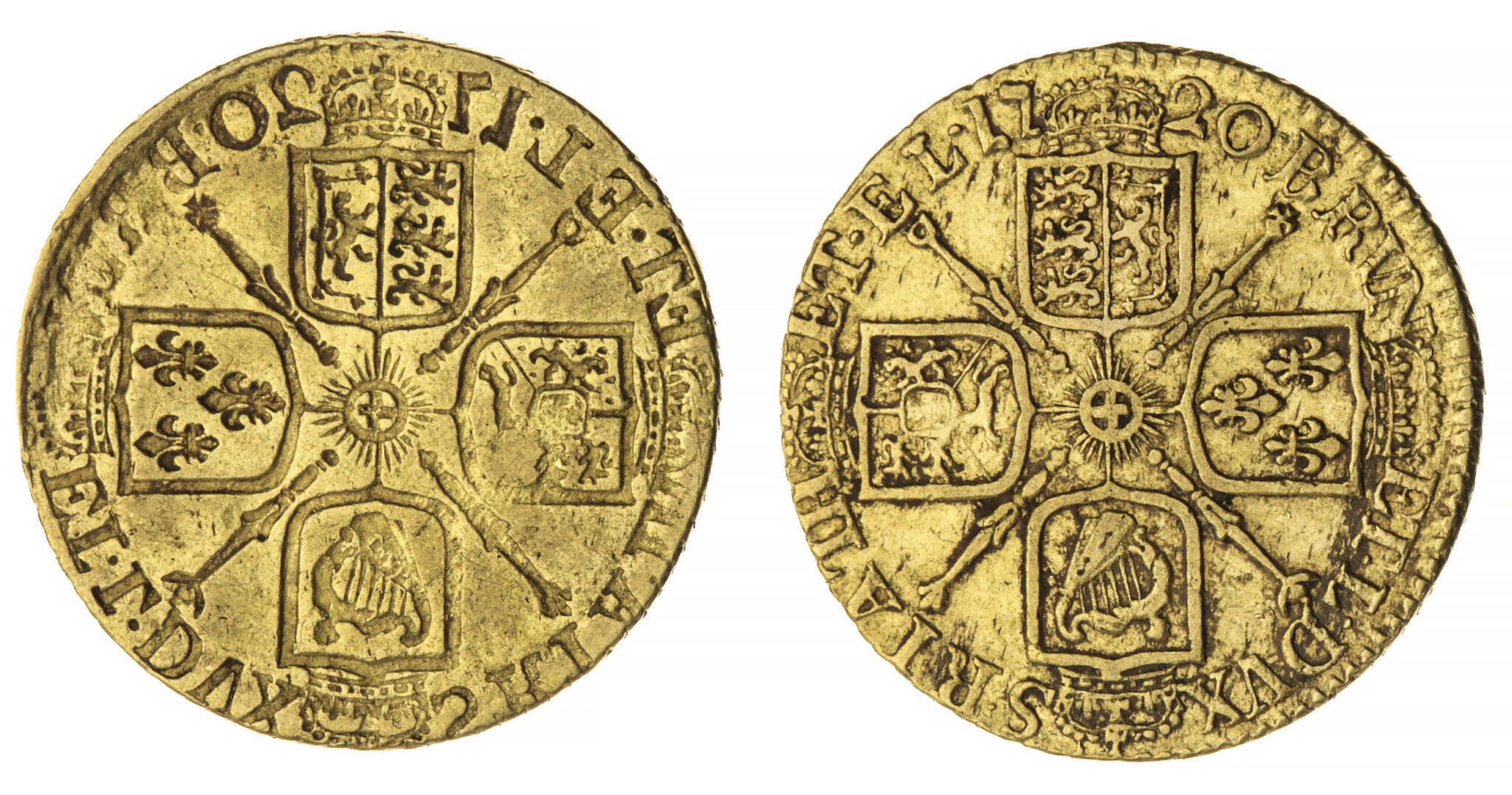 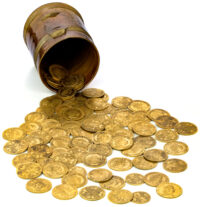 The Ellerby Hoard, the collection of more than 260 gold coins dating to between 1610 and 1727 that was discovered under the floorboards of a North Yorkshire couple’s kitchen, has been sold. As planned, each coin was put up for auction individually. The final total including fees was £754,000, more than triple the pre-sale estimate of £200,000-£250,000.

The highest hammer price was for the rarest coin: a 1720 George I guinea with a minting error that gives it two reverse sides instead of an obverse with a bust of the king and the reverse of four royal shields. The Reverse Brockage Guinea sold for £52,000. Another coin rarified by an error at the mint — a guinea with Charles II’s Latin name CAROLVS misspelled as CRAOLVS — sold for £8,000.

(Or was it an error? It may have been petty revenge, which makes it even cooler. So blatant a mistake would usually show signs of attempted correction, but instead the misplaced R is soundly double-punched. The coin was made in 1675, and mint employees would have had good reason to be disgruntled at that time. The crown had fallen so deeply into debt under Charles II that in 1672 he declared the Great Stop of the Exchequer, meaning the state simply stopped paying its debts. It was supposed to last a year. It lasted until March of 1675. The Great Stop caused mayhem in finance and banking, and a die-sinker at the mint must have felt the pinch as much as the gold merchants.

Anyway nobody else seemed to take much issue with the typo. There are only four examples of this coin ever to appear at auction, and all of them are in heavily circulated grades. The error wasn’t even noticed, not publicly at any rate, until a pair of them were exhibited at the Numismatic Society in 1867.) So the sellers are happy, I guess, and dozens of buyers around the world are happy, but one of the largest hoards of 18th century English coins ever discovered is now dispersed. Still no word on what became of the earthenware cup they were hidden in for those just-shy-of-300 years. 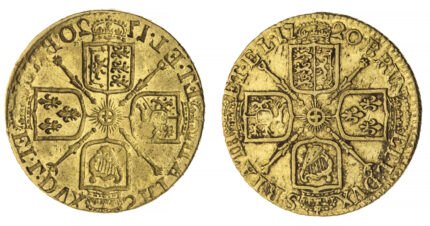