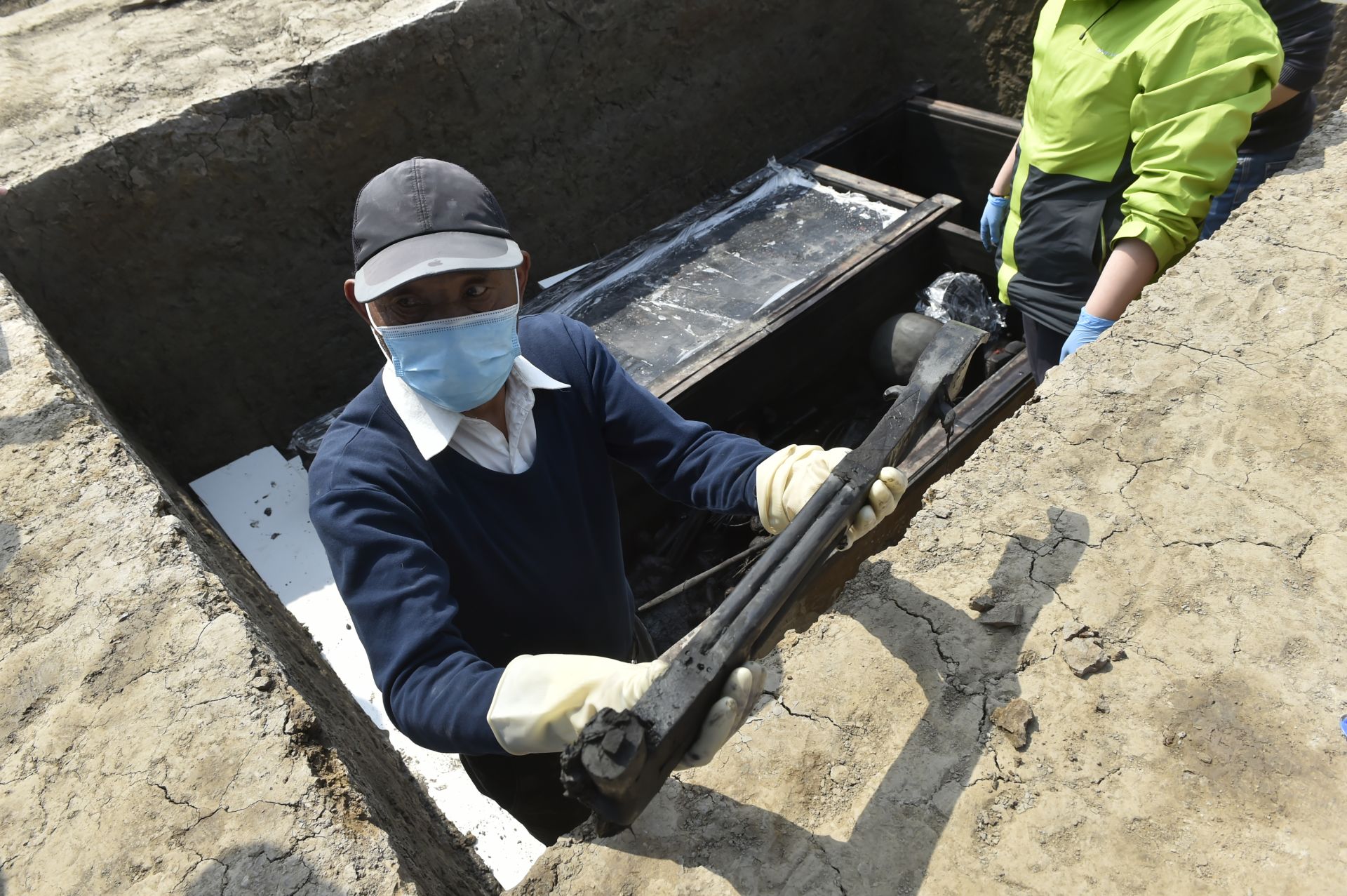 The tombs were discovered last week, and only one of the two, M84, has been fully excavated thus far. It is a rectangular cut pit containing a central wooden coffin and two wooden caskets, one on the side, one at the foot of the burial coffin. The coffin was covered with rectangular wooden boards. The three compartments are are packed tightly with bronze mirrors, pottery coins, glazed ceramics, pottery tripods, cups, plates, spoons and other utensils. One of the coins, a Yingyuan, is the first example found in Yancheng.

The other tomb, M82, is larger and has only been partially excavated. It too is a rectangular pit with a wooden burial chamber containing a wooden coffin, a side chamber and a foot chamber. The excavation of the small side and foot chambers revealed complete wooden crossbows, bows, arrows, painted wooden figurines, lacquer boxes, lacquer cups, game boards, pottery, pottery coins and plant seeds.

Both of the owners of these tombs must have been wealthy, high-status individuals to afford such rich burials. A jade bi (a disc with a hole in the middle that had religious significance often found buried in the graves of the elite) discovered in M82 confirms he was someone of high social rank.

Yancheng was settled in 119 B.C. in the Western Han Dynasty as a center for

the harvest of sea salt in the rivers and wetlands around the city. Salt was a lucrative business and the city prospered. Han noble families displayed their wealth in “thick burials,” meaning tombs crammed to the gills with valuables and practical items for the deceased to enjoy and use in the afterlife just as he had when he was alive. The custom made Han tombs very attractive to looters, and so many of them were emptied out centuries ago that the discovery of even one  still-thick burial is rare. Finding two is a huge archaeological boon to our understanding of Han funerary practices. 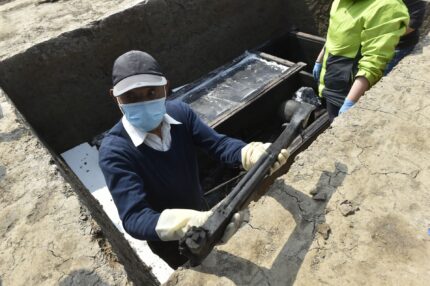