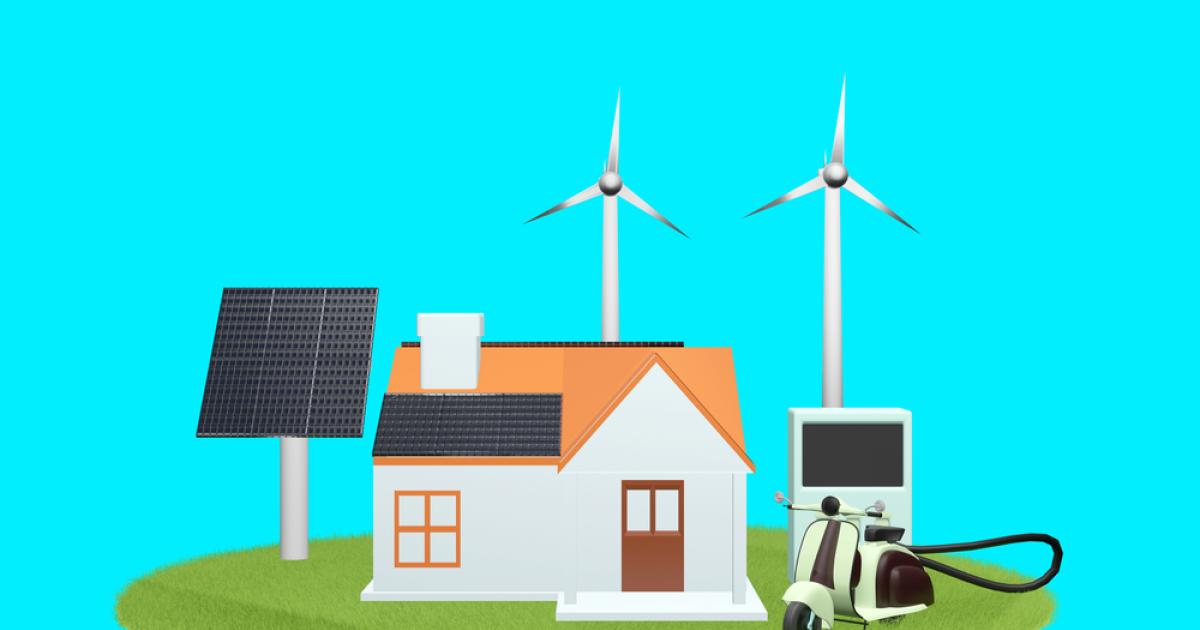 Wind and solar power hit a new record in 2021, generating 10 percent of the world’s entire electricity needs for the first time ever, but overall emissions still continued to grow as power demand rallied in the wake of successive coronavirus-driven lockdowns driving increases in coal power generation.

That is the conclusion of a new analysis from think tank Ember that highlights the rapid growth of clean electricity capacity and generation over the last couple years. The report, which analyzed generation in 75 countries representing 93 percent of power demand, estimates that solar generation grew by 23 percent and wind by 14 percent last year. It means that, in the six years since the landmark Paris Agreement was signed, the two renewable power sources’ share of global electricity generation has more than doubled.

The report states that more than 50 countries generate more than a 10th of their electricity from the two clean energy sources, with China, Argentina, Japan, and Vietnam among a raft of countries to meet the threshold for the first time in 2021, joining a group that already includes the U.S., U.K. and Germany. Meanwhile, the Netherlands, Australia and Vietnam are singled out as the countries whose electricity systems are undergoing the most rapid transformation, with more than 10 percent of the countries’ electricity demand having switched from fossil fuels to wind and solar in just two years.

Leaders are only just waking up to the challenge of how quickly they need to move to 100% clean electricity.

But despite these record gains in wind and solar generation in 2021, Ember’s Global Electricity Review notes that power sector emissions continue to surge, as countries around the world also turned to coal power to meet booming electricity demand.

Electricity demand surged by over 1,400 terawatt-hours (TWh) from 2020 to 2021, but just 29 percent of that increase was met by wind and solar generation, according to the findings. A far bigger percentage — 59 percent — was met by coal power, with new generation records for the fossil fuel reached in many of Asia’s largest economies, including China, India, Mongolia, Pakistan and the Philippines, the report notes.

Dave Jones, global lead at Ember, said the data provided “clear signs” that the global electricity transition was underway, despite coal and power emissions reaching record highs. “Wind and solar have arrived,” he said. “The process that will reshape the existing energy system has begun. This decade they need to be deployed at lightning speed to reverse global emissions increases and tackle climate change.”

The report warns that growth in wind and solar generation must be sustained over the coming decade in order to cap global temperature increases at 1.5 degrees Celsius above pre-industrial levels, noting that generation from the two clean energy sources must grow by 20 percent every year from around 2,8700TWh in 2021 to almost 15,000TWh by the end of the decade. Such growth is achievable, it argues, given the average compound growth rate of wind and solar generation over the last 10 years has been 20 percent.

The report warns that growth in wind and solar generation must be sustained over the coming decade in order to cap global temperature increases at 1.5 degrees Celsius above pre-industrial levels.

Wind and solar would be able to provide most clean electricity needed to phase out all fossil fuels, while at the same time helping to reduce countries’ reliance on volatile and expensive oil and gas markets, said Jones. However, he also warned that there was a risk of a “relapse into coal” in the wake of high gas prices exacerbated by Russia’s invasion of Ukraine that could push the Paris Agreement’s 1.5C temperature goal out of reach. “Clean electricity now needs to be built on a heroic scale,” he said. “Leaders are only just waking up to the challenge of how quickly they need to move to 100 percent clean electricity.”

Ember’s findings complement recent figures from the International Energy Agency (IEA) which have indicated the clean energy transition is well and truly underway. Solar and wind power’s share of global electricity has doubled since 2015 and are now the lowest cost source of electricity on a levelized basis, according to the IEA, and soaring gas prices and energy security concerns in recent months should only further underscore the benefits of pressing ahead with supporting clean energy policies and investments.

However, the Ember’s report also highlights the real risk coal power generation continues to present to the net zero transition. Electricity demand is set to boom over the coming decades as the global population grows and industries electrify, and current rates of wind and solar installation are clearly falling short of meeting this increase. As such, the latest clean energy milestone — while certainly to be celebrated — should also sound a clarion call for policymakers, financiers and regulators to work together to ramp up clean power generation further while resisting the appeal to plug any gaps in global energy needs with carbon intensive fossil fuels.