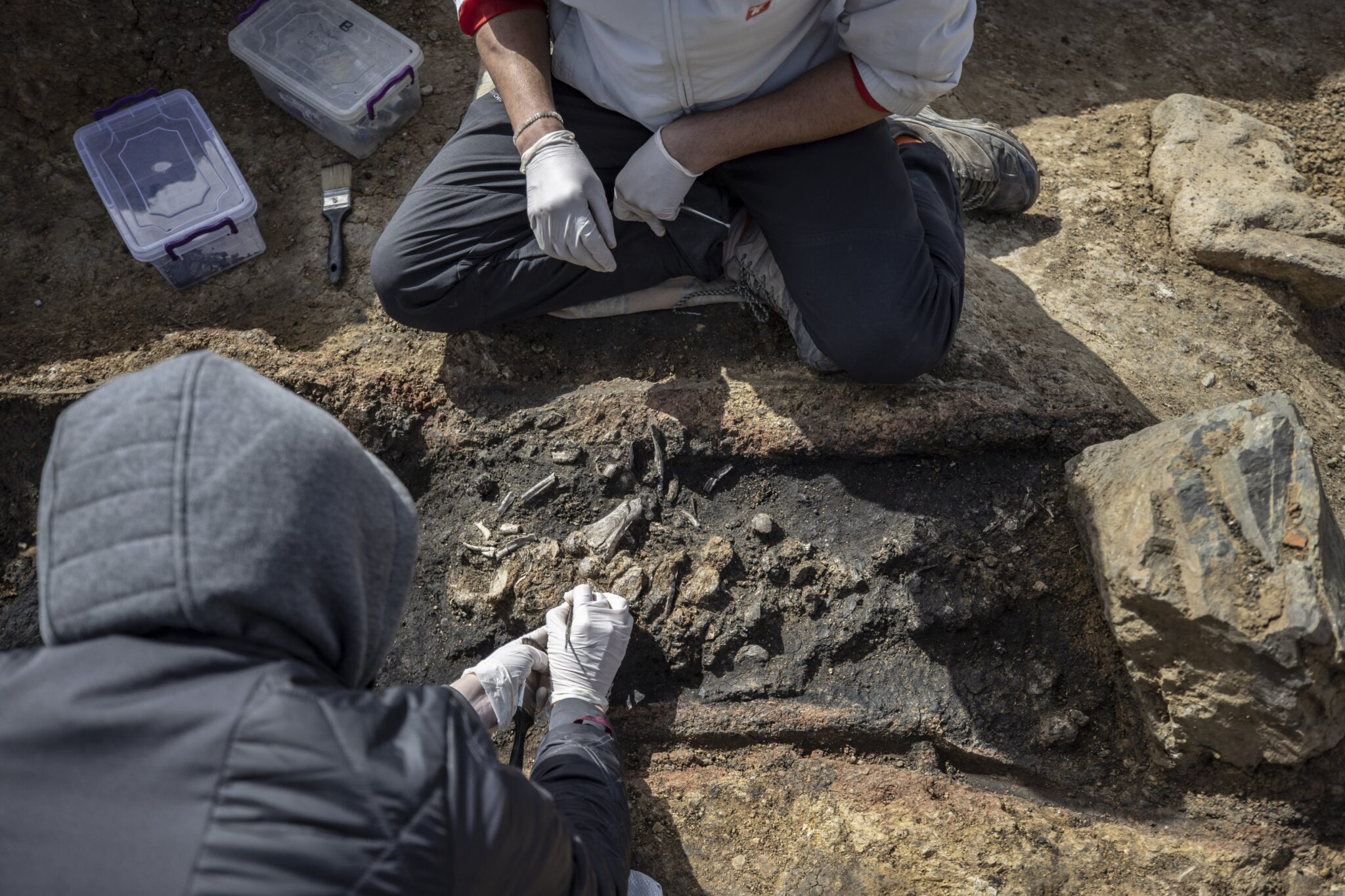 Archaeologists have unearthed a 3rd century B.C. cremation burial in an excavation at Istanbul’s Haydarpaşa Train Station. The brick tomb was found to contain cinerary remains and charred grave goods.

According to the preliminary analysis, the body was cremated inside the tomb, but the skeleton and other remains survived the blaze and have now been unearthed, [Rahmi Asal, director of the Istanbul Archaeological Museum] explained.

He said a terracotta goblet and a perfume bottle, both of them with visible marks of fire damage, were found with the skeletal remains.

“I have never seen this type of a cremation tomb from the Hellenistic period … Perhaps this will give us many more valuable insights,” he added.

The area around the historic train station has been excavated since 2018. Now a neighborhood on the Asian side of Istanbul, the site was part of the ancient Greek city of Chalcedon which was founded by colonists from Megara in the 7th century B.C., predating the founding of Byzantium by almost two decades. Its fortunes were entwined with Byzantium’s for centuries, but after Constantinople became the new capital of the Roman Empire, Chalcedon was eclipsed. The Byzantine Empire and the Ottoman Empire that followed it both used Chalcedon as a quarry for their building programs.

The four years of digs have revealed archaeological layers from the Ottoman, Byzantine, Roman, Hellenistic and Classical eras, including  more than 2,000 coins, a Roman defensive wall, a Middle Byzantine ceramic brick kiln and the only functioning Byzantine-era fountain in Istanbul. The cremation burial is only the second find from the city’s Hellenistic period. The other was a podium made of rectangular stone blocks clamped together with iron clasps found under the railway platforms.