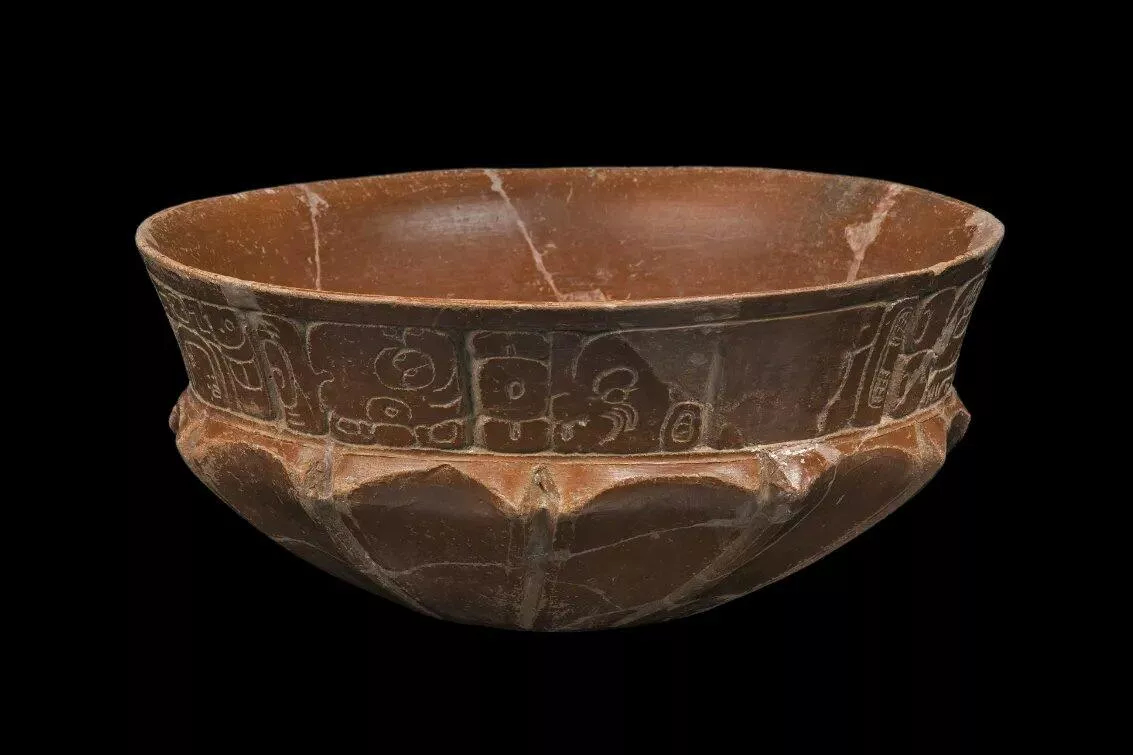 Archaeologists have translated the hieroglyphic on a Maya vessel unearthed last fall in Yucatán, southeastern Mexico, and identified the name Cholom, a nobleman of the ancient city-state of Oxkintok.

The ceramic bowl was discovered near the town of Maxcanú in October 2021 during salvage excavations along the route of the controversial Maya Train. It was in its original archaeological context inside a pre-Hispanic dwelling, and a plate was found next to it. They date to the Late Classic period (600-800 A.D.).

The 11 glyphs engraved on a band around the top of the bowl translate to: “The lord says, on its surface it has been carved, in its bowl or pot, in its cup, for atole, for Cholom, the sajal.” Atole is a traditional hot beverage made from corn hominy flour blended with water, sugar, cinammon and vanilla.

A sajal was a spokesperson/scribe for the ajaw (the king or ruler). They were not members of the royal family, but they were part of the high elite, educated to write and read the Maya hieroglyphics system, and to relay the orders and proclamations of the ajaw. A similar vessel was found in the same section of the train project whose surviving inscription points to it having been made for a sajal, but that was the only identifiable glyph on the vessel. There was no surviving name connecting title to an individual.

The name Cholom breaks down into “chol” (Mayan for “to unleash”) and “om” (person who unleashes). The glyph for Cholom has been documented on another ceramic piece from the Maya city of Oxkintok. On that vessel he is described as uylul, meaning “hearer.” Oxkintok was a regionally important city, inhabited from the Late Preclassic through the Late Postclassic periods (ca. 600 B.C. – 1500 A.D.) It is less than five miles from Maxcanú where the bowl and plate were discovered.

Archaeologists do not yet know if the earthenware bowl and plate were purely utilitarian or had ritual uses. Analysis of any trace material or residues might answer some of those questions. They are both Chocholá style ceramics, a type found in northern and western Yucatán characterized by bas-relief hieroglyphic dedications including the name of the owner and purpose of the object. 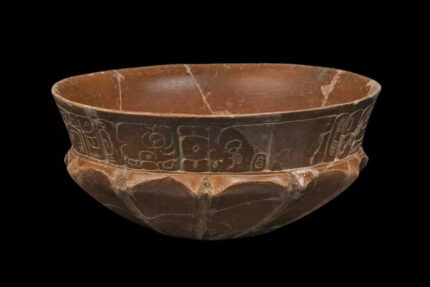