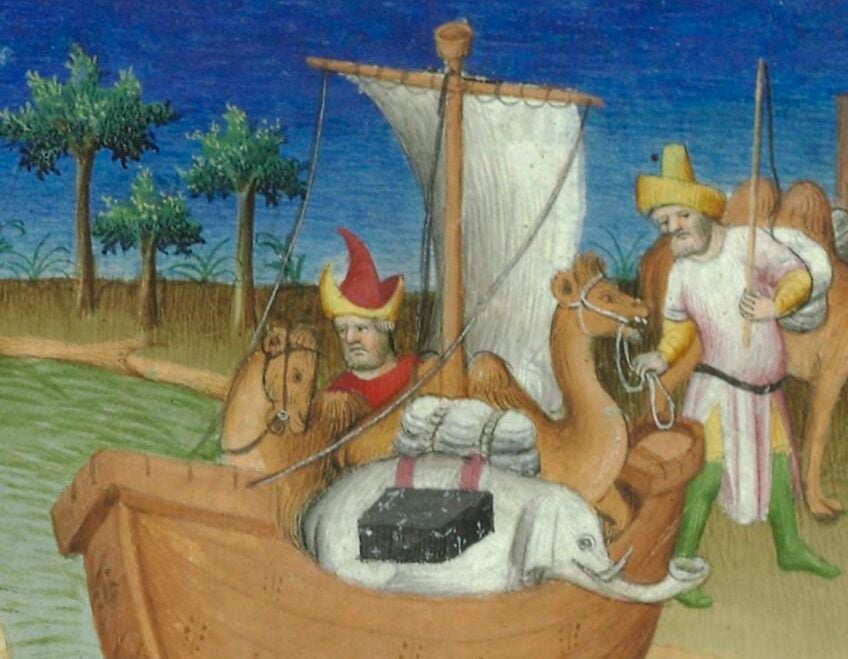 It is well-known that Marco Polo had three daughters after he returned from travels across Asia. Now, a document discovered in the States Archives of Venice has revealed another daughter named Agnese Polo, who was born before Marco’s marriage to Donata Badoer.

Marcello Bolognari. a PhD student at Ca’ Foscari University of Venice, found a last will and testament penned by Agnese Polo on 7 July 1319, where she entrusted to her father Marco with the responsibility to deliver the will to the priest-notary Pietro Pagano at the nearby church of San Felice.

It is believed that Agnese was born between 1295 and 1299, after Marco spent over twenty years travelling throughout Asia. Therefore, Marco is likely to have had this daughter soon after returning to Italy and just before his imprisonment in Genoa (1298-1299).

When she wrote her will, Agnese would have been about 23 or 24 years old. She was the mother of the three children who are mentioned in the document. Her husband and her father — to whom she entrusted her will — would both outlive her. While this information is not enough for us to trace a clear picture of Agnese, her affection for her family transpires from her references to her loved ones, while her mentioning of the children’s tutor reveals how much she cared about their education.

Unfortunately, the circumstances surrounding this will s sad. In fact, Agnese Polo, who lived in the parish of San Giovanni Grisostomo, must have known she was about to die, and therefore was arranging her affairs.

“Agnese’s testament,” says Marcello Bolognari, “depicts an intimate and affectionate portrait of family life. She mentions her husband Nicolò, known as Nicoletto, as well as their children Barbarella, Papon (i.e. “Big Eater”) and Franceschino. The diminutives that she used to refer to her children tell us that this young mother wanted to leave something behind for her husband and children, but also — as the document shows — for the children’s tutor (magister) Raffaele da Cremona, their godmother (santola) Benvenuta, and the maid (famula) Reni.”

The testament was written in 1319 and is only a fragment of the vast (and still expanding) amount of documentation on the Polo family in Venice. It also offers new insight into Marco Polo’s biography, revealing that Marco had a daughter before his wedding, out of wedlock, or even with a previous partner (was he a widower when he married Donata in 1300?).

After his marriage to Donata, the couple had three daughters – Fantina, Bellela and Moreta. After Marco died in 1324, these three daughters were involved in preserving the information and records related to his travels.

“This document”, adds Bolognari, “offers information about the branch of the Polo family that lived in the San Giovanni Grisostomo area and raises important questions which, for now, can only be answered if we examine the documents we have one more time, publishing new critical editions and examining the archive in even more depth.”

Top Image: Detail of a miniature depicting Marco Polo with elephants and camels arriving at Hormuz on the Gulf of Persia from India, from the Livre des Merveilles du Monde, c.1410-12