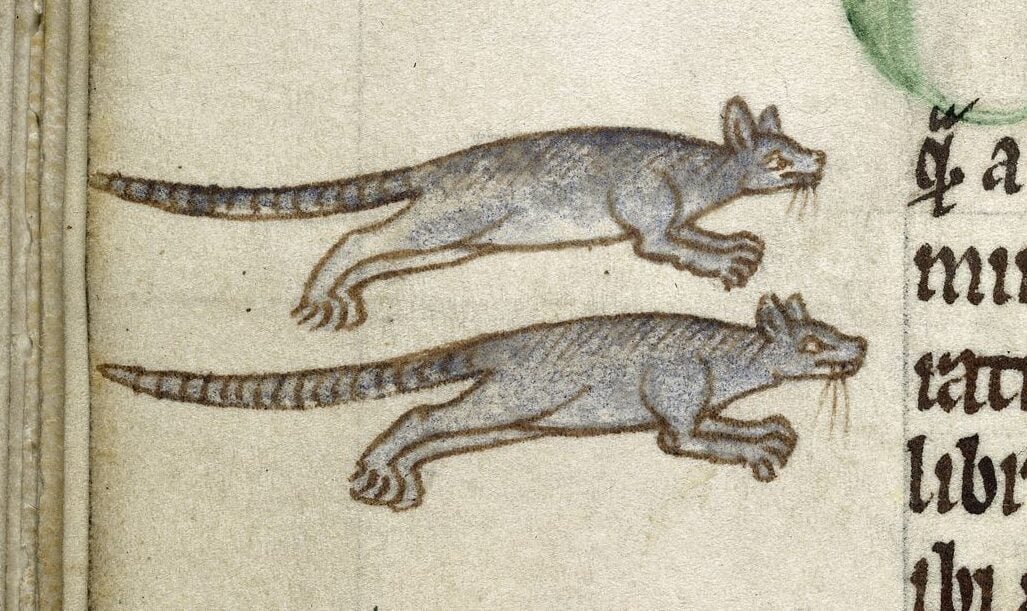 New ancient DNA analysis has shed light on how the black rat, blamed for spreading Black Death, dispersed across Europe – revealing that the rodent colonised the continent on two occasions in the Roman and Medieval periods.

The study – led by the University of York along with the University of Oxford and the Max Planck Institute  –  is the first ancient genetic study of the species (Rattus rattus), often known as the ship rat. By analysing DNA from ancient black rat remains found at archaeological sites spanning the 1st to the 17th centuries in Europe and North Africa, the researchers have pieced together a new understanding of how rat populations dispersed following the ebbs and flows of human trade, urbanism, and empires.

The researchers found that the black rat colonised Europe at least twice, once with the Roman expansion and then again in the Medieval period – matching up with archaeological evidence for a decline or even disappearance of rats after the fall of the Roman Empire.

The authors of the study say this was likely related to the break-up of the Roman economic system, though climatic change and the 6th Century Justinianic Plague may have played a role too. When towns and long-range trade re-emerged in the Medieval period, so too did a new wave of black rats.

“This study is a great showcase of how the genetic background of human commensal species, like the black rat, could reflect historical or economic events,” comments He Yu of the Max Planck Institute and lead author of the study. “And more attention should be paid to these often neglected small animals.”

The black rat is one of three rodent species, along with the house mouse (Mus musculus) and brown rat (Rattus norvegicus), to have become globally distributed as a result of its ability to live around humans by taking advantage of food and transportation. Black rats were widespread across Europe until at least the 18th century, before their population declined, most likely as a result of competition with the newly arrived brown rat, the now dominant rat species in temperate Europe.

“We’ve long known that the spread of rats is linked to human events, and we suspected that Roman expansion brought them north into Europe,” says Dr David Orton from the University of York. “But one remarkable result of our study is quite how much of a single event this seems to have been: all of our Roman rat bones from England to Serbia form a single group in genetic terms.”

“When rats reappear in the Medieval period we see a completely different genetic signature – but again all of our samples from England to Hungary to Finland all group together. We couldn’t have hoped for clearer evidence of repeated colonisation of Europe.”

Alex Jamieson, co-author at the University of Oxford, adds “The modern dominance of brown rats has obscured the fascinating history of black rats in Europe. Generating genetic signatures of these ancient black rats reveals how closely black rat and human population dynamics mirror each other.”

Researchers said that the study could also be used to provide information about human movement across continents. “Our results show how human-commensal species like the black rat, animals which flourish around human settlements, can act as ideal proxies for human historical processes,” added Dr Orton.