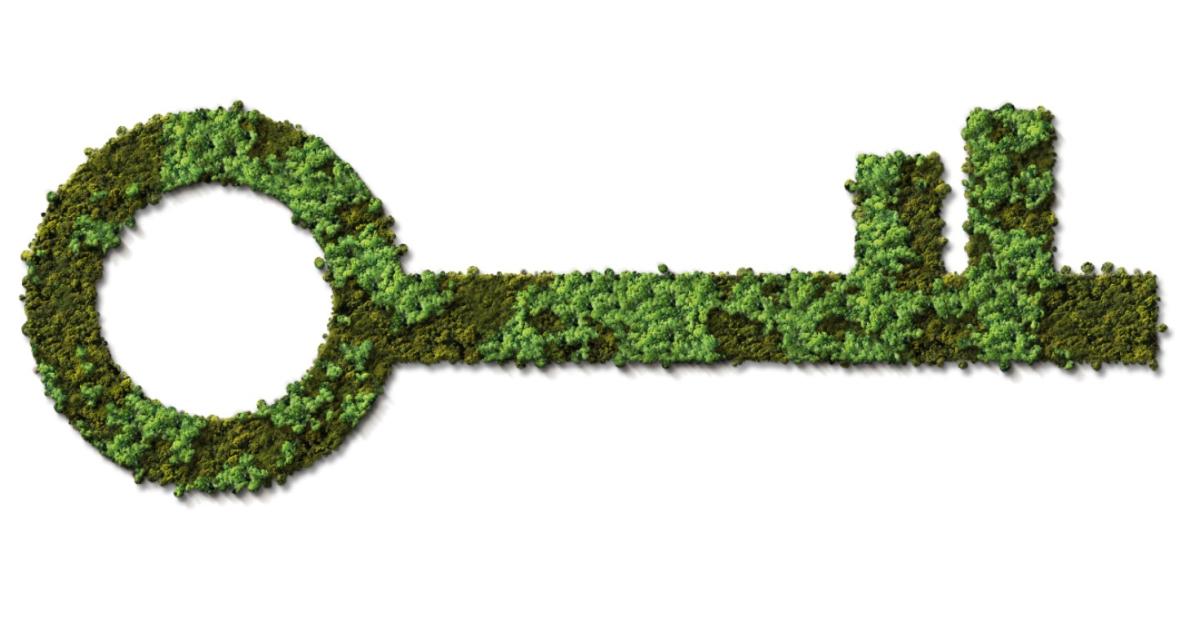 Nature is a powerful tool in the fight against threats such as climate change and biodiversity loss, but more must be done to fully use its potential — and we need to act quickly.

Not only are trees, plants and healthy soil an abundant and cost-effective means of removing and storing carbon dioxide from the atmosphere, they are also home to insects, birds, animals and a world of microscopic organisms that help to underpin human life.

Sustainable agriculture and forestry solutions that harness the power of nature can help protect, preserve and restore natural ecosystems and address some of society’s challenges.

But investment to scale up these initiatives needs to increase many times over to help meet climate targets.

So, what are nature-based solutions?

The term refers to actions and policies that use nature’s resources to protect and restore ecosystems, while helping resolve society’s challenges.

“A fast overhaul of the entire food and agriculture systems is needed to shift market dynamics from driving soil and forest degradation towards starting to repair, restore and regenerate nature and communities,” says Rainforest Alliance CEO Santiago Gowland.

Gowland points to solutions such as regenerative farming — which improves rather than depletes natural resources such as soil — and sustainable forestry, where timber is harvested without devastating large areas of tree canopy.

Other examples include Scotland’s plan to plant shade-giving trees along the banks of remote rivers to help cool the waters where salmon spawn — waters that are becoming inhospitably hot due to climate change.

Deforestation alone has removed 3.7 billion acres of forest in the past 300 years or so — an area roughly 1.5 times the size of the U.S.

Deforestation reached its peak in the 1980s, with records showing a 370 million acre net loss during that decade as vast tracts of the Brazilian Amazon were cleared to graze livestock. This compares to canopy loss of 47 million acres each decade between 1700 and 1850.

Rates have fallen since the 1980s, and some regions have begun to regrow more forests than they lose — as shown in green on the chart above.

Preventing deforestation and other unsustainable farming and forestry practices requires investment in environmentally focused solutions — and lots of it.

Funding from the G20 — consisting of the EU and 19 of the world’s largest economies — accounts for 92 percent of global investments in nature-based solutions, but is mostly spent on domestic initiatives.

The group invests $120 billion each year on nature-based solutions, assets and activities, but this needs to more than double to $285 billion by 2050 to avert a nature, climate and land degradation crisis, according to the State of Finance for Nature in the G20 report, released in January.

This joint analysis by the U.N. Environment Program, the World Economic Forum and the Economics of Land Degradation Initiative looks at how wealthy nations can promote sustainable farming and supply chains, and increase protection for oceans, forests and other natural spaces to limit global warming.

“The amount of money being invested in nature-based solutions is not nearly enough,” report co-author Ivo Mulder told the Thomson Reuters Foundation. “I would hope that G20 countries can lead by example and they’re not doing that at the moment.”

The report’s authors call on governments and private investors in G20 countries to substantially increase their international investments in initiatives that put nature at the heart of efforts to build back better after the pandemic. Climate and nature-related financial risks should also be fully disclosed by companies and financial institutions, they say.