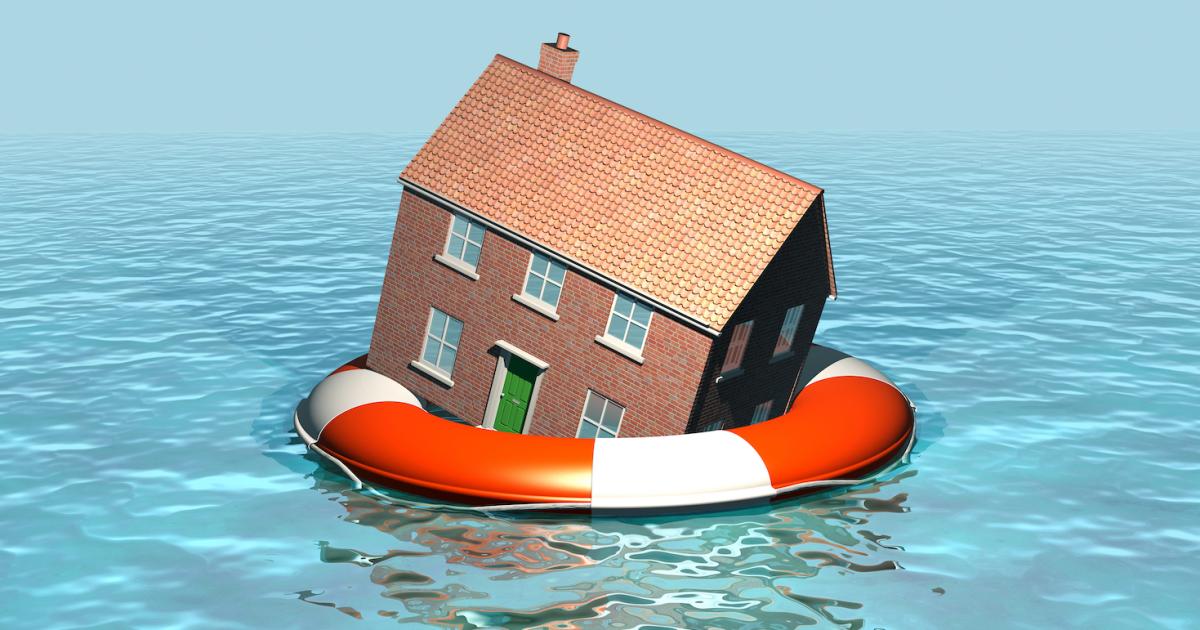 A new report says that insurance will become increasingly unaffordable or unavailable in large parts of Australia due to worsening extreme weather events.

The Australian Climate Council has released a study which estimates that 1 in 25 of all homes and commercial buildings in the country will become effectively uninsurable by 2030.

The report, Uninsurable Nation: Australia’s Most Climate-Vulnerable Places, says 520,940 buildings will be deemed “high risk,” having annual damage costs equivalent to 1 percent or more of the property replacement cost.

River flooding poses the biggest risk to people’s homes, according to the study. Of the properties classified as uninsurable by 2030, 80 percent of that risk is due to river flooding. Flash flooding and bushfires are the other main hazards contributing to properties becoming uninsurable.

Five of the top 10 areas of the country deemed most at risk from extreme events are in the northeastern state of Queensland: 6.5 percent of properties there are predicted to become uninsurable by 2030. The report’s authors say northern Australia is becoming wetter, and there has been an increase in the proportion of short-duration intense rainfall events, increasing the risk of flooding. Meanwhile, there has been an increase in the length of the fire season over large areas of the country since the 1950s.

The report estimates Australia’s general insurers paid out $3.89 billion from over 300,000 claims related to the bushfires, floods and storms in the summer of 2019-20. This prompted reinsurance giant Swiss Re to publicly criticize companies for consistently failing to predict the cost of natural disasters. Swiss Re has said that climate change is already resulting in a “new world” of weather uncertainty and that this will significantly push up the cost of insurance in Australia.

Call to action for turning the insurance crisis

Australia’s newly elected prime minister, Anthony Albanese, was voted into power on the promise of a big shift in climate policy. Climate change was a key concern for voters after several years of severe drought, record-breaking bushfire and flooding events. The recently published sixth assessment report from the U.N.’s Intergovernmental Panel on Climate Change (IPCC) says Australia is racing toward a future full of similar disasters, with extreme weather events set to increase.

To help turn Australia’s fortunes around, the Climate Council is calling for the immediate introduction of six policy priorities:

1. Enact swift and deep emission cuts across the Australian economy

Emissions need to be cut by 75 percent below 2005 levels by 2030 to avoid extreme weather events getting much worse. Net-zero emissions should be reached by 2030.

The Council says in 2021-22, Australian federal and state governments provided a total of $8.2 billion-worth of spending and tax breaks to assist fossil fuel industries. It says this was 56 times the budget of the National Recovery and Resilience Agency and is at odds with efforts to tackle climate change.

Investing in risk reduction and resilience provides a “triple dividend” of avoided loss and suffering, reduced disaster costs and potential economic and social benefits, the Council says. Priority must be given to upscaling public investments in resilience.

Improved policy settings to avert the insurance crisis are required across all levels of government to prevent new buildings and infrastructure from being constructed in areas that are or will be highly exposed to climate change hazards. Too many Australians live in dangerous locations because not enough consideration was given to the risks from extreme weather when planning approval was given.

The National Construction Code should be amended to ensure that buildings are able to better withstand the risks posed by worsening extreme weather — while simultaneously improving the energy efficiency and thermal comfort of buildings.

6. Support communities to ‘build back better’

Towns, cities and communities must be rebuilt — where appropriate to do so — in a way that takes into account the inevitable future changes in climate and makes them more resilient. In some very high-risk locations, this may mean not rebuilding at all. Managed relocations must be an option for some of the most vulnerable and exposed communities to avert the potential insurance crisis in Australia.