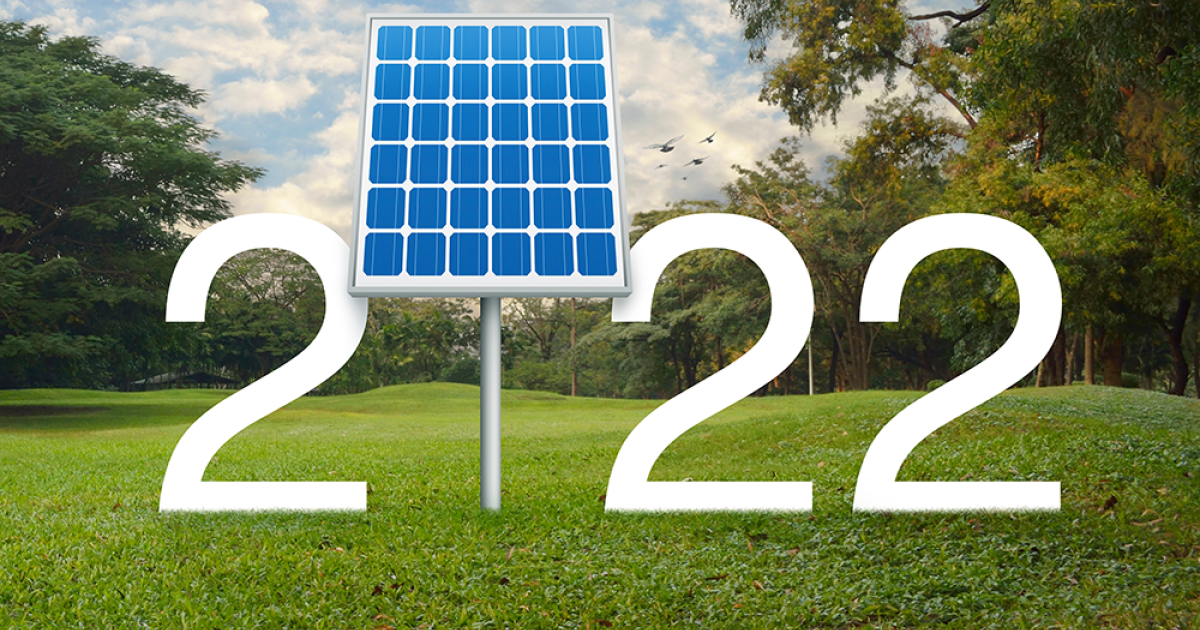 The climate crisis is the defining challenge of our time. Since the 19th century, man-made emissions have heated the planet by about 1.1 degrees Celsius, according to the IPCC. From floods to wildfires, the impacts are felt today. But the future could be much worse. A recent UN report which analyzed national targets shows that current commitments lead the world on a pathway to 2.7 degrees Celsius end-of-century heating.

It’s not only national governments that need to act. Global corporations are acknowledging their responsibility as well. It is becoming clear that sustainability is good business — and probably even the only way of doing business going forward. Over 900 companies have set science-based targets to reduce their emissions in line with the Paris Agreement. To many businesses, one of the most important immediate steps to reduce greenhouse gas emissions is reducing emissions from power use (scope 2 emissions), by sourcing renewable energy, such as solar and wind.

Renewable energy purchasing has increased dramatically over the last years. In the U.S., over 100 corporate renewable sourcing deals making up over 10GW of capacity were executed in 2020, up from a mere 1.5 GW in 2015. In Europe, CPPAs alone amounted to 3.5GW in 2020, as traditional buyers such as tech companies contracted record volumes, while new sectors such as pharmaceuticals and retail entered the market. Also, Asia has seen recent advances, for example when TSMC and Orsted contracted 920MW — the largest CPPA to date — in Taiwan in 2020.

This means that corporate buyers incentivize new build renewable projects. A corporate can contribute to making a windfarm project that is planned (but not yet budgeted) happen. By signing a CPPA, which provides a guaranteed revenue stream, the corporate buyer gives the developer enough certainty to build the windfarm. Another criterion for a project to be counted as additional is that it does not receive subsidies. As civil society demands corporates to move up the green ambition ladder, the trend to buy renewables from additional sources is set to continue.

Over 50 corporates have already achieved sourcing 100 percent renewable electricity, and hundreds more have committed to achieving this goal. In practice, this means matching a company’s power consumption with generation from renewables on an annual basis. But, as ambitions are increasing, some now try to match the volume of electricity demand with an equivalent volume of renewable supply in real time (within the same hour or less).

To make this possible over an extended time horizon, baseload renewable power (sustainable biomass or geothermal) or storage is required. However, it should be noted that as of today, 24/7 is a guiding star. Even the most progressive companies  don’t expect to match 100 percent of their energy on an hourly basis. Rather, they are looking for ways to increase the share of matched green power and, over time, reach 100 percent 24/7 renewable power.

3. Advances in the regulatory frameworks

Administrative barriers still hold back growth. On the supply side, lengthy and undependable permitting processes restrain the buildout of wind and solar needed to meet corporate demand in the locations it is needed. Barriers also exist on the demand side. As a 2021 WEF paper has shown, heavy regulation often prevents renewable buyers from participating in the power market and from using the grid — especially in emerging markets.

The removal of regulatory barriers would unleash the full potential of renewable energy sourcing and produce significant economic benefits such as increased corporate investments and lower energy costs from competitive renewables. It seems that more regulators acknowledge these benefits. For example, the EU recently proposed legislation to reduce emissions by 55 percent by 2030 through — among other measures — the promotion of CPPAs.

History has shown that if corporates become ambitious on tackling problems and work hand-in-hand with governments, they can overcome any challenge — even the defining challenge of our time.

Another example is South Korea, which this year started to enable the sourcing of renewable certificates and power, although only for qualified companies. Vietnam is about to launch a 1,000 MW pilot program for CPPAs. These are positive steps for the two markets, but there are still a number of issues to overcome before we will see corporate renewable sourcing at scale.

While progress on the regulatory framework has been made, a lot more needs to be done to unlock the vast potential of corporate renewables sourcing. Also, corporate green ambition for additionality and 24/7 will need to further step up. But history has shown that if corporates become ambitious on tackling problems and work hand-in-hand with governments, they can overcome any challenge — even the defining challenge of our time.