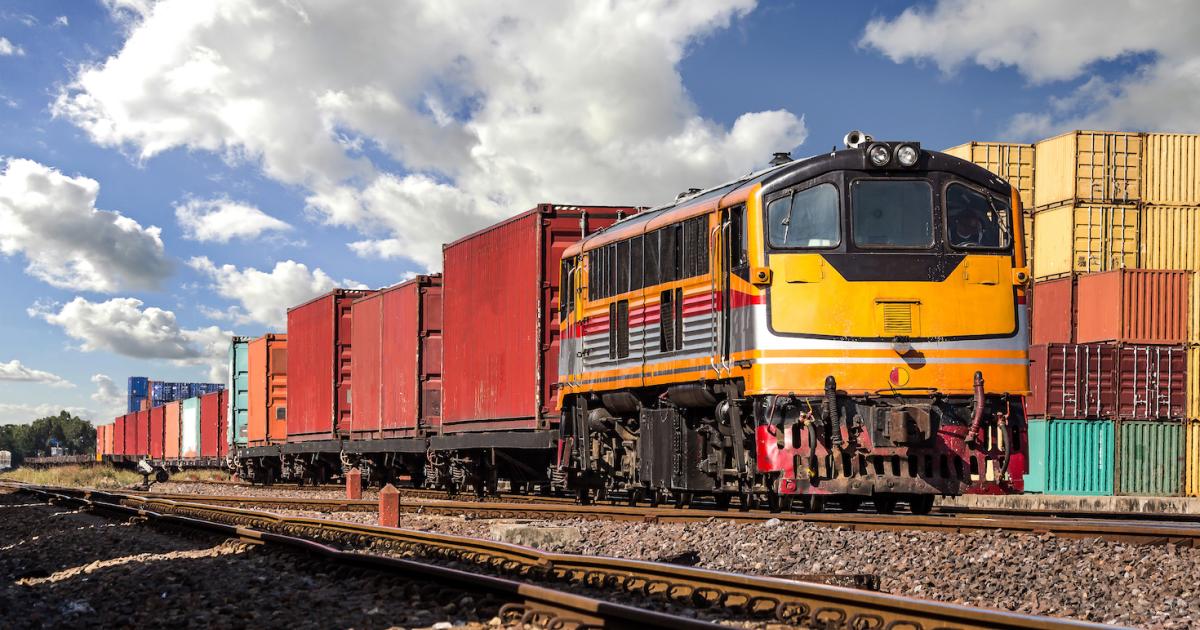 The program, Dual Mission, offers truck drivers a $200 incentive each time they haul a steamship container both into and out of a terminal on the same trip. That is, every time a trucker arranges to leave a terminal with a full container after it drops off an empty container, Norfolk Southern will pay it $200. The company is similarly paying steamship operators $200 for every dual mission trip they help coordinate.

Norfolk Southern launched the program in September after observing that a whopping 85 percent of trucks coming into its terminals to return a shipping container left without picking up a new load for their next customer, said D’Andrae Larry, group vice president of international marketing at Norfolk Southern.

That gross inefficiency can leave goods languishing at the terminal. It exacerbates the pandemic-related supply chain bottlenecks frustrating everyone from manufacturers facing parts delays, to retailers with sparse shelves, to consumers paying more for everything. And it means that trucks, already the fastest-growing source of transportation greenhouse gas emissions (GHG) in the United States, are burning ever more diesel fuel and emitting ever more GHG, NOx, carbon black and other air pollutants that are an environmental justice concern at ports.

Norfolk Southern developed the reward program while brainstorming with customers and truckers on ways to help unclog bottlenecks across the transportation supply chain. Truckers move some 70 percent of the economy’s products in the U.S., and a pandemic-related driver shortage is at the root of the bottlenecks.

The company took a unique approach, however, at resolving the logjams, said Larry. “While everyone in the industry is saying how do we increase truckers, we decided to say how can we make trucking more efficient to create the same effect of having more truckers?”

The company saw an opportunity, he said, “to be not just … more productive with our drivers, but also more energy-efficient. Because when you’re taking that chassis [or frame for hauling loads] and going back to find the next load, you’re burning gas, you’re stuck in traffic.”

Norfolk Southern launched the program as a three-month pilot in Chicago and Kansas City. Participating truckers were more than twice as efficient with dual missions as the non-participants, Larry said. On average, they left the terminal 30-35 percent of the time with a new load, in comparison to the usual 15 percent.

It’s great to minimize empty loads, but [Norfolk Southern] also could be thinking about their own emissions as well as exploring rail electrification.

Truckers generally liked the program, Larry said, who noted that all the participants “re-upped” after the three-month pilot; the total number of participating truckers has now grown fourfold. Twenty out of 50-plus trucking companies that come into the railway company’s Chicago terminal participate, for example.

Norfolk Southern aims to get these truckers conducting dual mission trips at least half of the time, which it estimates would reduce 46,000 truck trips a year, cut fuel use by 546,000 gallons and avoid 5,600 metric tons of carbon emissions in Chicago alone.

As far as retailers participating in the program, Larry said, “We haven’t been able to get any retailers to sign up just yet … [though] we think it’s aligned with their goals.”

Coordinating a dual mission trip may be tough for retailers in a fragmented shipping supply chain, in which individual companies don’t have visibility into what the others are doing. With some creative thinking or use of load management software, retailers could encourage greater efficiency when hiring trucks to retrieve their products from rail terminals or return an empty container from their facilities.

Such load management efforts are important, said Carol Lee Rawn, senior director of transportation at Ceres, adding, “Every little bit helps.” But, she said, “if you’re really going to meet climate goals, the truck sector has to shift to electrification, and the only way that’s going to happen is with strong regulation.”

GHG emissions from medium- and heavy-duty vehicles already comprise 24 percent of GHG transportation emissions and are expected to surpass those of passenger vehicles by 2030.

The biggest thing retailers can do, Rawn said, is to “support strong policies to ensure the supply of clean trucks,” adding that EPA recently released proposed GHG and air pollution standards for trucks that need to be strengthened. The written comment period ends May 13, and virtual public hearings are April 12 and 13.

Working at the state level to advocate legislation similar to California’s advanced clean truck rule, which requires all manufacturers to sell a minimum number of zero-emission trucks, is also critical, Rawn said.

Ultimately, however, Norfolk Southern’s reward program is about the company’s bottom line and keeping goods moving through its rail terminals. “In the end, it allows us to move more volume,” acknowledged Larry.

The emissions reductions potential from the program are a tiny sliver of Norfolk Southern’s overall carbon footprint, reported at 5 million metric tons per year to CDP in 2021. And that figure doesn’t include Scope 3 emissions from the coal the railroad ships, noted Rawn.

“It’s great to minimize empty loads,” she said, “but [Norfolk Southern] also could be thinking about their own emissions as well as exploring rail electrification.” The company is taking steps to reduce its emissions, and help its customers to do so as well. But these efficiency improvements tinker at the margins while IPCC scientists beg for bold action. At least as of 2021, Norfolk Southern pulled out of the trade association America’s Power, which has lobbied against climate action and funded climate science denial.

Meanwhile, Larry sees “tremendous potential” for growth in the dual mission incentive program, noting that the company transports about 1.5 million containers across the country each year and has operations in some 22 states. Most immediately, the company is expanding the program into Charleston, South Carolina.

“We encourage everyone to do it,” he said, of his peers. “This isn’t a pride of authorship at all. We think this can force multiply across the industry.”