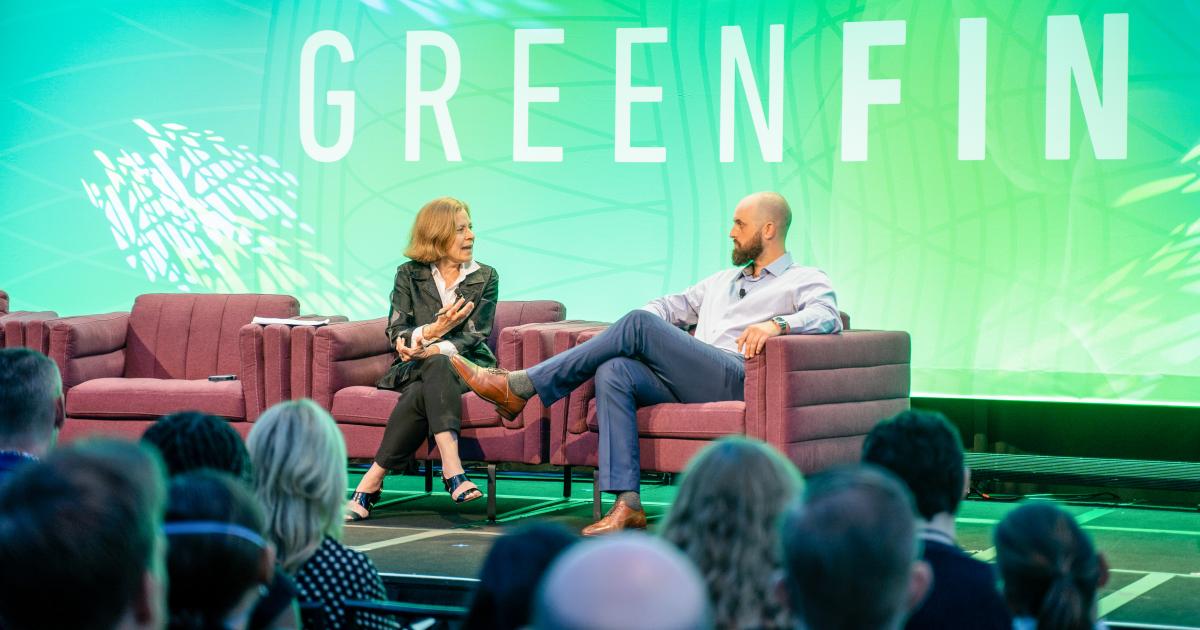 In our accelerating climate crisis, the increasing frequency of drought, fire, and natural disaster — in addition to our continued reliance on fossil fuels — comes with steep financial consequences. The unpredictability of climate change lends itself to high risk — a risk Sarah Bloom Raskin says financial institutions need to start taking into account when planning for a stable economic future.

During GreenBiz Group’s GreenFin22 event in New York City last week, the former deputy secretary of the Treasury and sitting member on the Federal Reserve Board of Governors said, “A collision of climate, financial and economic forces are creating a reimagined capitalism for a warming planet, or a warming world.”

Earlier this year, Raskin, President Joe Biden’s nominee to the Federal Reserve, withdrew her candidacy to serve at the nation’s central bank after her views on climate policy divided the Senate on her appointment. Raskin, who had previously been confirmed twice to the agency, argues that despite the increasing politicization of climate, assessing climate change remains firmly within the wheelhouse of the Federal Reserve, “The Federal Reserve has an explicit mandate to look at financial stability and to look at financial risk. They need to identify risk, they need to monitor it, and they need to remedy it — particularly if it has the potential to create systemic problems. It has been well established that climate possesses the risk of creating systemic problems.”

A collision of climate, financial and economic forces are creating a reimagined capitalism for a warming planet, or a warming world.

Raskin warned that the knee-jerk political reaction to climate could have detrimental consequences for the free market, referring to recent laws passed in West Virginia and Texas that empower legislative action against doing business with financial firms that discriminate against fossil fuels with their environmental, social and governance (ESG) policies, “From what I can discern, these laws are essentially backdoor subsidies of particular industries that actually do need to adapt …” said Raskin. “I think [the laws] are anti-investor because they attempt to limit investor choice … it ties the hands of investors who are looking to the economy of the future and are looking for ways in which to bring about that economy through their investment decisions.”

Despite a divisive political climate, Raskin remains optimistic about the roles that the nation’s robust financial regulatory system can play in facilitating an easier climate transition for the economy. The U.S. Securities and Exchange Commission’s recent move to introduce disclosure rules for funds and managers who market themselves as having an ESG focus marks only the beginning of widespread climate-focused action that Raskin believes can happen at the scale of regulatory agencies such as the Fed, the Commodity Futures Trading Commission, and the Office of the Comptroller of the Currency. In order to streamline this action, she identified the Financial Stability Oversight Council as an existing agency with the resources to serve as an organizing body: “[The FSOC] brings together all of the leaders in all of the agencies. That’s the entity that can be coordinating a comprehensive, consistent, and well-forecast set of regulatory levers.”

The Bank for International Settlements’ annual report for 2021-2022 suggests that in the midst of high inflation and possible decelerating economic growth, a timely increase in green energy investments could produce relatively low short-term costs and persistent long-term gains. “You are seeing this concept now of energy security and investment in green energy as being critical to whether or not we get a soft landing as we move through this …” said Raskin. “[There is] significant financial vulnerability presenting itself as a disorderly energy transition. If we don’t transition in an orderly, predictable, foreshadowed way, we are going to see much more chaos in financial markets.”

As finance moves forward in building the infrastructure to support the energy transition, Raskin emphasized the importance of keeping climate justice at the forefront of the conversation, “How do we fold in a notion of climate justice into the regulatory framework?” she asked. “We know these regulatory tools can be blunt, and if they’re not done in a targeted way you can have some bad effects. One such bad effect would be if everything gets shifted into unregulated sectors or if everything gets uploaded to the government and taxpayers. We definitely have to think about the distributional element.”