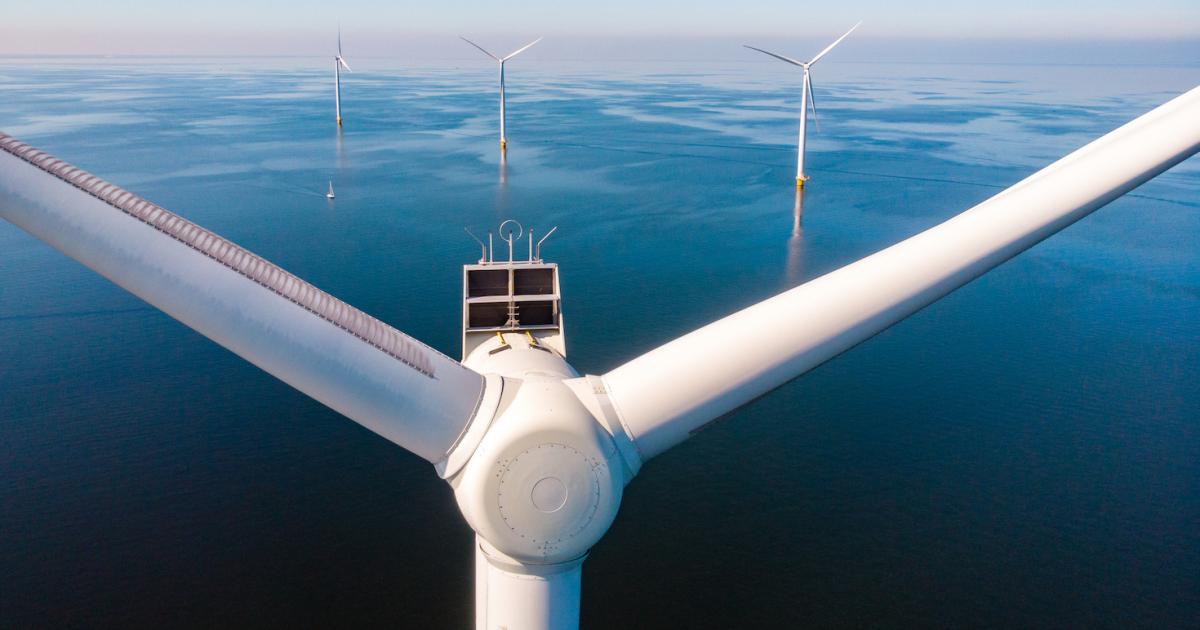 The Biden administration has announced ambitious plans to scale up leasing for offshore wind energy projects along the Atlantic, Gulf and Pacific coasts. In an announcement released Oct. 13, the U.S. Department of the Interior stated that it will “use the best available science as well as knowledge from ocean users and other stakeholders to minimize conflict with existing uses and marine life.” University of Massachusetts Boston public policy scholar David W. Cash, who worked at senior levels in state government for a decade, describes how this process works.

Why does the Biden administration want to build so much wind power at sea?

President Joe Biden has set a goal for the U.S. to achieve net-zero emissions economywide by 2050. That will require an unprecedented expansion of renewable energy to replace fossil fuels that release climate-warming greenhouse gas emissions.

The National Renewable Energy Laboratory estimates that U.S. offshore wind resources could provide over 2,000 gigawatts of generating capacity — nearly twice as much electricity as the nation uses every year. For context, the capacity of a large fossil fuel or nuclear power plant is about 1 gigawatt.

Offshore wind has many advantages over land-based turbines. First, wind blows harder and more consistently at sea than on land. Second, coastal and Great Lakes states account for almost 80 percent of U.S. electricity demand, so offshore wind can supply electricity close to population centers and businesses.

Experts say that with careful planning, offshore wind has the potential to generate jobs and economic development in historically underserved communities. It also offers oil and gas companies and their workers an opportunity to pivot to a new clean energy sector that shares some common skills and technologies.

What makes an offshore site good for wind power?

Obviously, you need a site where winds blow consistently at sufficient speeds. And it’s best if offshore wind generation won’t conflict with other uses of the ocean, such as fishing and shipping routes.

What’s onshore is also critical. Port cities are essential to support offshore wind development. The developers also need facilities that can assemble huge towers and turbine blades and support the specialized ships that install and maintain them.

It’s important to have a local manufacturing base and enough trained or trainable workers to carry out construction, operations and maintenance. And wind power developers need customers, so they will want to know whether nearby states will require their utilities to buy offshore wind electricity with long-term contracts.

Who decides which areas should be open for offshore wind, and how do they choose?

Offshore wind farms are large, complex projects, and many state and federal agencies are involved. For any site in federal waters — more than 3 miles out from shore — the Interior Department’s Bureau of Ocean Energy Management (BOEM) oversees and coordinates permitting.

BOEM has a mandate to drive energy development in federal waters while balancing multiple uses of those waters. Over the past decade, it has executed more than 20 leases and grants for offshore wind development along the Atlantic coast, from Maine to Florida.

When the agency considers leasing an area for development, it seeks input from groups and communities that could be affected, such as the fishing industry, marine mining companies, environmental advocates, shipping companies and coastal cities and towns. BOEM brings these groups together to collect data, map uses of the area and discuss trade-offs. The goal is to balance ocean uses and identify potential wind lease areas that pose the fewest trade-offs.

What potential impacts are you most concerned about?

I have questions about how these projects may affect marine ecosystems, bird populations and whale migration patterns. Scientists have studied these issues in Europe, and U.S. researchers and environmental groups are also analyzing them.

Agencies that regulate fisheries and marine mammals play roles in the permitting process. With smart siting and planning, I believe it should be possible to protect activities like fishing that are the lifeblood of coastal communities and to minimize impacts on marine mammals and birds.

I also think it will be a missed opportunity if the U.S. develops a clean energy economy without addressing equity and justice. Many communities depend economically on fossil fuels, which have powered our economy for more than a century.

In my view, those states and regions should receive financial support, workforce development and training as U.S. reliance on fossil fuels declines. So should underserved communities and communities of color, which haven’t received many benefits from past technology shifts and have shouldered disproportionate environmental impacts from the use of oil, gas and coal.

Many coastal states opposed the Trump administration’s push in 2018 to expand offshore drilling for oil and gas. Do you expect a similar reaction to offshore wind?

Many people see offshore drilling as a threat to the environment. They worry about events like the BP Deepwater Horizon oil spill in the Gulf of Mexico in 2010 and the spill that just occurred in October off the coast of southern California.

Offshore wind development can generate conflict and require trade-offs, but there are thousands of offshore wind turbines operating safely and successfully in Europe and Asia. I also think many local officials in the U.S. see offshore wind as part of a new era of economic development.

Naturally, there will be political pushback, as is true for many new technologies that are altering our nation’s established fossil fuel-based economy. But as companies start building port infrastructure and hiring workers, relatively cheap electricity starts flowing and the cost of offshore wind power continues to decline, I expect both red and blue states will see more advantages than drawbacks in embracing this new industry.