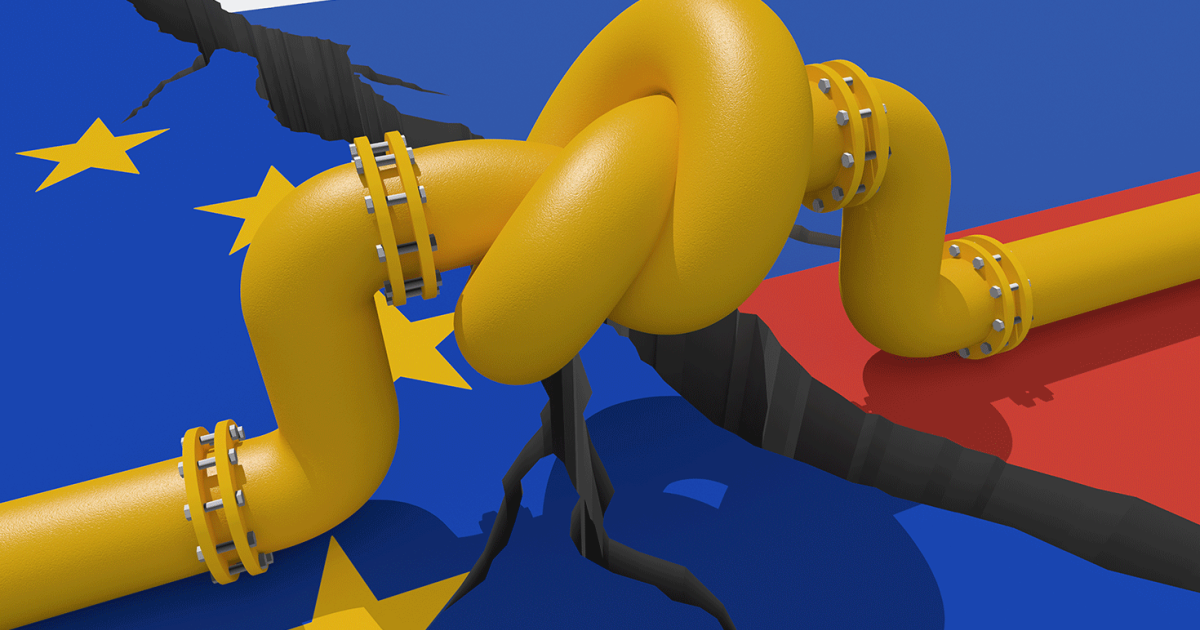 Russia’s invasion of Ukraine means that global demand for fossil fuels has very likely peaked — for good. The world’s policymakers have been working toward this tipping point for years. And now, the twin forces of national security and energy economics are driving permanent system change away from fossil fuels quicker than ever.

This framing is directly contrary to the perspective of most fossil fuel industry participants. Their hope is that energy scarcity and high fossil fuel prices will kill the energy transition. On one level this is a basic error of economics: after all, higher prices for anything – including fossil fuels — mean lower demand. But it is also a failure to realize that the world has changed since earlier oil shocks. Today, the alternative energy solutions are large enough to supply demand growth and do so at a lower cost.

From plateau to cliff

The math behind peaking demand for fossil fuels is not complex. If we take BP data for the decade to 2020, global energy demand has grown at 1 percent per year. Solar and wind supply grew at an average rate of 20 percent per year over the decade and made up around 4.4 percent of primary energy supply in 2021. A year of even 15 percent growth would see them make up 0.66 percentage points of the growth in total energy supply.

In other words, under a steady-state environment, solar and wind are meeting about two thirds of the growth in energy demand. Added output from hydro, nuclear, and biomass supply is enough to make up the rest of the demand growth. This leaves very little room for incremental demand for fossil fuels.

The impact of COVID has muddied the waters by introducing a cyclical crash and recovery, but the structural shift is clear. BP’s Accelerated Transition scenario illustrates the story below. Fossil fuel demand reaches a peak in 2019, moves along a plateau for a few years, and then falls off a cliff in the second half of the decade.

However, Putin’s war will turn this bumpy plateau into a cliff edge. If we assume for the sake of argument that efficiency increases by 1 percentage point and solar and wind growth increases by 5 percentage points to 20 percent, then the decline in fossil fuel demand would turn into a rout. Fossil fuel demand would fall by 25 percent this decade and then collapse in the 2030s.

As the world’s largest exporter of fossil fuels, Russia sits on the fault lines of this shift. Its largest customer is Europe. Rising conflict between the two will inevitably mean a long period of uncertainty and stress for fossil fuel markets, a reckoning which will galvanize the energy transition.

The latest plan to replace Russian gas with green hydrogen from Australia is just the start of a new approach to manufacture energy rather than extract it.

The risk of energy security today is a more powerful driver for world leaders than the future of the planet in 30 years. Converging dynamics — a surge in petrol prices and Russian tanks on the borders — are forcing politicians to make choices once deemed impossible. Within a month, Germany has changed decades of policy toward Russia and brought forward its energy transition by over a decade. The latest plan to replace Russian gas with green hydrogen from Australia is just the start of a new approach to manufacture energy rather than extract it.

Europe shows that there are solutions that will drive radical change by 2030: more renewable supply, more electrification, and greater efficiency. The European Commission has published plans to increase the deployment of solar panels and wind turbines to 900 GW, deploy 50 million electric heat pumps, quadruple hydrogen supply, and rapidly electrify industry.

To achieve these goals, we will inevitably see the resolution of many of the outstanding barriers to change: faster renewable permitting, better market-based electricity systems, and faster grid deployment.

Stressed supply chains also mean high prices for fossil fuels. And fossil fuels compete with new energy solutions in every sector. For the past decade one tipping point after another has been reached as renewables undercut fossil fuels on price.

Before the war, solar and wind sources of electricity were cheaper than fossil fuels in 85% of the world. Today, they are cheaper almost everywhere.

Relatively low prices unleash the giant potential of renewables. Solar and wind potential is over 100 times the amount of energy that fossil fuels provide us. They are local, they are clean, and they are cheap. They solve the energy trilemma — the struggle to balance decarbonization, energy security and affordability — and release countries from energy dependency.

It is not just Europe that will change. High prices create the pressure for change everywhere. While 10 percent of the world lives in petrostates, 80 percent of people live in fossil fuel importers. As Europe scours the world looking for liquefied natural gas (LNG), so it drives up prices in Asia. As Europe suffers the threat that fossil fuel supply is cut off, so every other energy importer fears that they too could one day fall out with their fossil fuel supplier.

Meanwhile, efficiency solutions suddenly got a lot more attractive. Not just the attic insulation you have been promising yourself for years, but the major industrial shifts to more efficient solutions that are encouraged by high prices and a fear of supply interruptions. As in the 1970s, governments will emerge from this crisis with targets, plans, and mandates to ensure that efficiency is improved.

The implications of peak demand for fossil fuels are profound. Peaking demand means that:

This is not an easy process. There will be considerable volatility and stress to come. But we have crossed a key tipping point, and we should recognize that. The peak of fossil fuel demand was reached in 2019, and it is only getting further behind us.