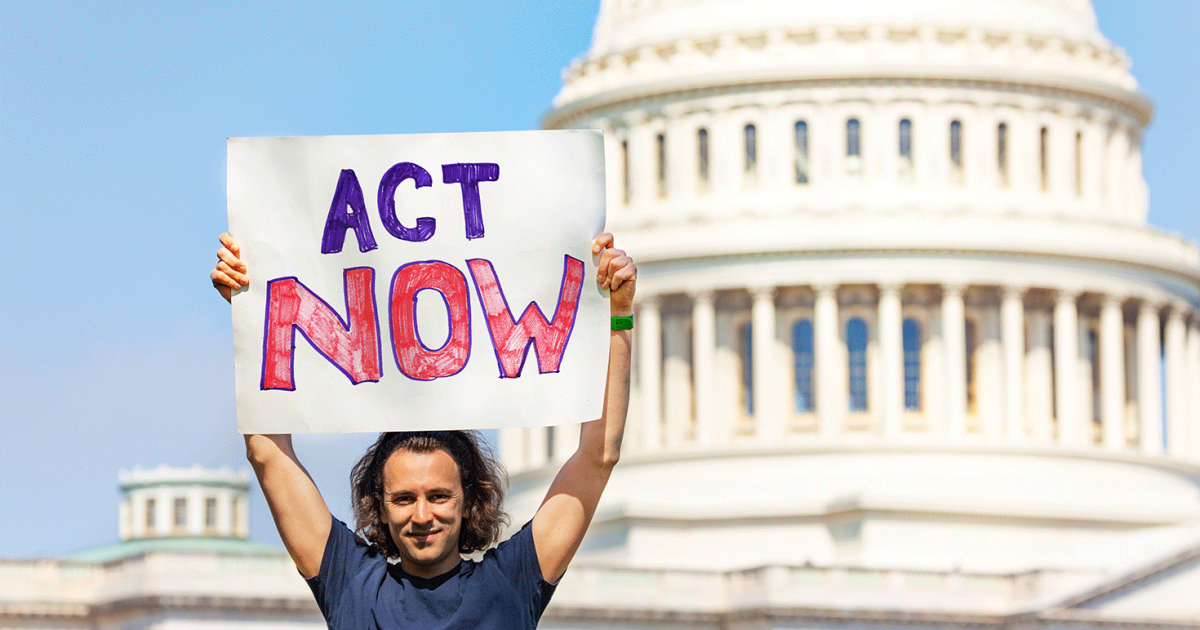 This article was originally published on World Resources Institute. Read it here.

In his first week in office, President Joe Biden established the Justice40 Initiative, which aims to deliver 40 percent of the overall benefits of federal climate and clean energy investment to disadvantaged communities across the United States. This effort promises long overdue, and urgently needed, financing for a clean energy transition that contributes to redressing existing economic and environmental injustice.

Longstanding and systemic discrimination along lines of race, ethnicity and income has led to limited availability of economic opportunities, disproportionate environmental pollution, and increased vulnerability to climate change for certain U.S. communities. These communities each face distinct, multi-faceted and compounding dimensions of disadvantage and vulnerability, which climate policy and public spending could help address.

However, due to historic and existing social, environmental and economic inequities in the country, the benefits and costs delivered by the low-carbon transition are likely to be inequitably distributed without strong interventions across levels of government.

Achieving a just and equitable clean energy transition will require policies that ensure investments and benefits are distributed in a way that addresses decades of underinvestment and marginalization in disadvantaged communities that face distinct and varied socioeconomic and environmental challenges.

The White House Council on Environmental Quality released a beta version of its Climate and Economic Justice Screening Tool (CEJST) in February 2022.

The primary users of CEJST are likely to be federal agencies who will use the tool to direct federal investments in various climate change and clean energy programs to disadvantaged communities. However, the tool can also be used by policymakers in states and cities, industry and community organizations to identify and address areas with environmental justice concerns.

New WRI analysis reveals insights about the disadvantaged communities the tool hopes to serve.* Here’s what we know:

1. Nearly 29 percent of US population (93.5 million people) is identified as disadvantaged and faces inequity across a range of socio-economic, climate and environmental indicators.

For perspective, that’s more than 1.5 times the estimated population of the northeast, and almost five times the population of New York. These communities are found in every state and in Puerto Rico, with 75 percent of U.S. counties including at least one disadvantaged community.

On average 53% of the population in disadvantaged communities lives below 200% of the federal poverty line, compared to a non-disadvantaged average of 23%.

The graphic below demonstrates the diversity of metrics that led to the identification of disadvantaged communities, and the number of individuals impacted by the challenging circumstances these metrics record.

2. Disadvantaged populations are geographically concentrated in some regions as opposed to being spread evenly across the country.

The share of total state population that resides in disadvantaged communities ranges from 52 percent in Mississippi to 5 percent in New Hampshire (see graphic below). Southern states including Arkansas, Louisiana, Mississippi and West Virginia have a significantly high number of people living in disadvantaged communities. This is not surprising given that disadvantage status on different metrics tend to be clustered and driven by historical context.

For instance, communities in the Mississippi Delta, Appalachia, and areas near the Texas-Mexico border have a long history of high racial inequity and pollution burden. In addition, economic conditions in these areas provide limited opportunities for their residents, creating conditions that persist over time.

Addressing these deep-seated and structural inequalities will require that federal investment in climate and clean energy programs is not spent through systems that reinforce racially driven economic and environmental discrimination. The federal government should also build the capacity of states, local governments and community groups in service of the more equitable implementation of programs. This will require consistent and collaborative engagement between the federal government and these specific states — like Mississippi, West Virginia and New Mexico — to support and monitor the equitable use of climate and clean energy funding.

3. Rural areas are more likely to be disadvantaged.

Climate change will compound the inequities present in rural communities — in particular by increasing the volatility of agriculture, forestry and natural resource-dependent sectors on which rural communities are dependent. Rural based climate solutions, including massive expansions of wind and solar energy, environmental remediation of abandoned fossil fuel infrastructure, tree restoration, and wildfire risk management can help address both the climate crisis and the lagging economic vitality plaguing many rural communities.

4. While CEJST implicitly accounts for the impact of race in its identification of disadvantaged communities, more explicitly including race within the tool would acknowledge the central role of race and racism in creating disparities between communities.

CEJST has been criticized by environmental justice advocates for excluding race as an indicator for identifying disadvantaged communities. This despite the fact that a multitude of studies (see here, here and here) have shown that race is the most important predictor of the distribution of environmental hazards. The Chair of CEQ has noted that the use of race-neutral criteria will enable the tool to survive legal challenges, while the inclusion of indicators — such as proximity to hazardous waste facilities and high exposure to diesel particulate matter — act as a proxy for race.

The data bears this out. Even though race is not explicitly included, the tool identifies that Black, Latino, American Indian and Alaskan Native individuals are disproportionately disadvantaged.

Even though CEJST is implicitly accounting for the disproportionate disadvantage faced by Black, Latino and Indigenous communities, as well as other communities of color, and there are legitimate concerns about the legal challenges that a tool integrating race might face, there are real arguments for including race as an indicator. Doing so would acknowledge the role of race and racism in creating and reinforcing the inequitable distribution of health, housing, environmental and economic costs. Identifying that root cause of existing disadvantage is an essential part of the antiracist structural change required to avoid investment in disadvantaged communities being used or directed in inequitable ways.

For example, CEJST may accurately identify a largely non-white community that is disproportionally polluted and facing related health challenges, but if governments do not regulate pollution from existing facilities and infrastructure and the racist zoning and development practices that led to the current state of affairs, then spending in that community alone may not address these challenges. It could even risk perpetuating or exacerbating existing injustice, as well as creating new inequities, through the unmanaged growth of industries and the clean energy economy through existing processes that prioritize the health and safety of white communities.

5. Within the category “disadvantaged,” there is significant variation in the types of disadvantage each community faces, and in the cumulative burden.

CEJST, as currently designed, doesn’t allow for examining the cumulative burden of socio-economic, health and environmental indicators. It looks at each of the eight categories in isolation and if a community meets the threshold in any one of the eight categories and meets the low income and higher education enrollment rate threshold, it qualifies for disadvantaged community classification.

This variation suggests the importance of policymakers modifying CEJST to better serve disadvantaged communities by incorporating a cumulative impacts approach. One example to point to here is the approach adopted by CalEnviroScreen which provides a statewide assessment of cumulative impacts across communities in California. It also means federal agencies using the tool must consider the patterns of the specific dimensions of risk they are positioned to address, not simply whether a community is disadvantaged, to ensure funding goes farthest. Solving longstanding environmental and health problems, including disparities exacerbated by racial and social injustice, will require a realistic assessment of the combined effects of the various stressors in communities.

6. The absence of forward-looking climate risk indicators may underestimate vulnerabilities due to climate change.

The tool uses historic data on natural hazards and losses to assess vulnerability, with the measurement taking frequency of past events and severity of their damage into account and weighting recent years more heavily. Such hazards work to exacerbate existing inequalities, with low-income and minority populations more exposed to risks and documented racial disparities in the administration of recovery funds. As extreme weather events become frequent, intense and impact broader swaths of the country, relying on historical data will not provide an accurate picture of the most vulnerable communities.

Looking ahead to 2100 in a severe warming scenario, estimates show that the national median of agricultural yield losses by county is 20 percent and this is the scenario with 50 percent likelihood (graphic below). For the 459 counties that presently qualify as disadvantaged based on agricultural risk, of the counties for which we have data 8 percent are above the 90th percentile for future agricultural losses, with yields expected to drop over 45 percent. Another 158 counties presently identified as disadvantaged but not due to agricultural criteria join the 90th percentile for future losses, indicating that for some of those at risk the risks get much worse.

Meanwhile, there are 52 counties presently home to no disadvantaged communities that are above the 90th percentile for future agricultural losses, indicating regions of significant risk not reflected in current assessments. Nebraska, Missouri, Kansas and Illinois all contain counties that will likely experience severe losses, but do not meet the present-day agricultural risk threshold. This illustrates the importance of factoring in forward-looking climate risk indicators, as communities not vulnerable now may become so in the future, and communities vulnerable in certain dimensions now will experience additional layers of vulnerability as the effects of a warming climate accumulate.

Opportunities to engage and more to do

While the CEJST presents an interesting lens through which to identify and understand patterns of disadvantage, marginalization and underinvestment across the U.S., many questions remain about its effectiveness and accuracy. This is just a beta version of the tool and CEQ is actively soliciting feedback. As experts, implementers, stakeholders and communities assess the tool and share their feedback, this public review period will highlight important substantive and procedural areas of improvement for the tool.

CEJST may prove a useful tool in targeting federal spending and engagement efforts, however it’s important to note that this is only one singular, quantitative measure of need and only one perspective on how to target climate and clean energy spending equitably. Using the tool flexibly along with local and sector specific considerations, insights from stakeholders, and in a way that incorporates learning, feedback and constant improvement is likely to determine its capacity to deliver for the communities it identifies.

While data and screening tools like CEJST can be useful, equally if not more critical is robust and intentional community engagement and empowerment that both supports communities in identifying their needs and invests in co-created solutions to local social, economic and environmental challenges.

*All analysis is based on the February 18, 2022 data set downloaded from the beta CEJST. We have used the complete data set, which includes census tracts outside of the 50 States. For the analysis of future climate impacts, projected data were unavailable for U.S. Territories, therefore they were not part of the forward-looking comparison.