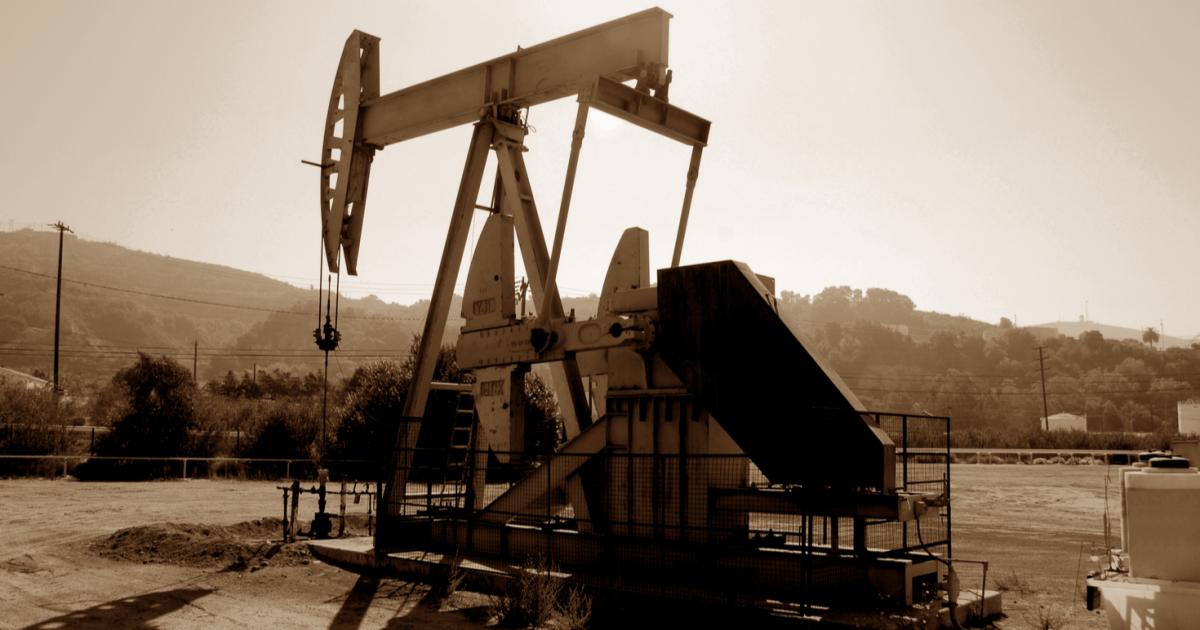 This article originally ran at WRI.

With the United States setting a record for clean energy development in 2020 and the Biden administration charting an ambitious path to 100 percent clean electricity, the transition toward a clean energy future is well underway. However, this transition also demands the nation tackles its energy system’s legacy and the negative impacts of fossil fuel infrastructure, including orphaned and abandoned oil and gas wells and coal mines.

There are an estimated hundreds of thousands — potentially millions — of orphaned and abandoned oil and gas wells throughout the United States, meaning they are unplugged, have not been operated or maintained in accordance with regulation, and/or no longer have a responsible owner. In Appalachia alone, 5.5 million people live within a mile of abandoned mine land. This legacy fossil fuel infrastructure imposes an economic, environmental and public health toll on surrounding communities.

Environmental remediation of these abandoned fossil fuel sites — which would address local pollution and make associated land safe and usable — can create jobs, clean up local sources of pollution and reduce greenhouse gas (GHG) emissions. While federal funding for remediation is critical, and under consideration as part of the bipartisan Infrastructure Investment and Jobs Act and budget reconciliation, smart policy design will be equally important to decommission existing infrastructure and prevent a new generation of abandoned oil and gas wells and coal mines from cropping up.

Why are orphaned and abandoned wells and mines a problem?

Orphaned and abandoned oil and gas wells can contaminate ground water, release dangerous air pollutants and, in some cases, lead to explosions. They also reduce the value and usability of surrounding land for decades. Further, unplugged abandoned oil and gas wells can release between 0.03. to 0.19 metric tons of methane per well per year. On the high end, per year, this is equivalent to the annual greenhouse gas emissions of more than 2 million cars.

Abandoned coal mines pose a similar set of risks. The retired mine sites are a physical hazard for those in proximity to them. They can also pollute water and soil, which limits business and local economic development by making water and land unusable that could support local tourism, business or industry. These risks disproportionately affect rural communities: Of the estimated 56,000 abandoned coal mines in the United States, 36,000 are in rural counties. A large concentration of these mines occur across Appalachia, where many communities have experienced persistent poverty for decades. Abandoned underground coal mines also released 237,000 mt of methane in 2019, equivalent to the annual emissions of almost 1.3 million cars.

The total universe of orphaned and abandoned wells and coal mines is also unknown and growing. As a result, their contribution to greenhouse gas emissions are likely underestimated. In 2019, the Interstate Oil and Gas Commission (IOGC) identified 56,600 orphaned wells across its 30 member states. However, far more undocumented orphaned wells are scattered across the country, particularly in regions where legacy infrastructure dates back decades or more. For example, Pennsylvania may have as many as 560,000 undocumented orphaned wells.

Similarly, the exact count of abandoned coal mines can vary. The Office of Surface Mining Reclamation and Enforcement (OSMRE) maintains a database of abandoned coal mines around the country. States are responsible for identifying and reporting sites to OSMRE, but not all states have the resources to properly identify and inventory these sites.

In the near term, federal investment can create climate benefits, jobs and other economic opportunities

The opportunity to put Americans to work to improve public health, address local and global pollution, and rehabilitate unusable or underused land has caught the attention of Congress. The bipartisan Infrastructure Investment and Jobs Act recently passed in the Senate and includes $16.5 billion for these priorities. Of that funding, $500 million is for a clean energy demonstration program on current and former mine land; over $4.7 billion is for orphaned well site plugging, remediation and restoration; and almost $11.3 billion is for abandoned mine reclamation. The budget reconciliation legislation under development in the House and Senate may include additional funding and policies.

The Office of Senate Majority Leader Chuck Schumer estimates that the infrastructure bill and the budget reconciliation combined could result in an estimated 45 percent reduction in national U.S. GHG emissions from 2005 levels. Cleaning up abandoned mines and orphaned wells could contribute 0.5 percent to this reduction — a non-trivial component of the comprehensive measures required to hit the country’s 2030 climate targets — and provide many non-climate environmental and economic benefits.

Former miners and those with knowledge of oil and gas extraction are well positioned to work on remediation projects.

Funding at this scale is a foundational investment to address the legacy of fuel production, create jobs and move toward a clean energy future. WRI’s recent analysis shows that an illustrative federal investment of $12 billion would support nearly 116,000 job-years (meaning one job for one year) over a period of five years. Of this, 73,000 job-years would be generated in rural counties. These new employment opportunities can provide short-term alternatives for fossil fuel workers, which would help manage the impacts of declining fossil fuel production. For example, former miners and those with knowledge of oil and gas extraction are well positioned to work on remediation projects.

Two-thirds of the national jobs would be created in four states alone: Pennsylvania, Kentucky, Kansas and West Virginia. This level of federal investment would go far beyond rural communities, as it would generate $15 billion in value added to the national economy, including $6.9 billion in employee compensation and $1.5 billion in tax revenues over five years.

Proposed federal funding for remediation will create near and long-term benefits, but more will need to be done to improve industry oversight and secure sufficient funds for cleanup moving forward. Federal funds alone will not cover the full costs of remediation for the nation’s vast number of orphaned and abandoned wells and mines. They also will not address the more deep-seated industry issues that created abandoned, polluting infrastructure in the first place.

For orphaned and abandoned wells, the $4.7 billion investment proposed in the bipartisan infrastructure package would represent a down payment on a much larger tab. Assuming an average cost for decommissioning (plugging and remediation) consistent with recent analysis, this level of funding would be enough to cover roughly 30,000 to 60,000 wells. While this will allow for the decommissioning of many high-priority wells, an estimated millions more will need to be decommissioned in the United States in the coming decades, many of which are undocumented or still active.

Addressing this shortfall and effectively tackling these issues will require going beyond a near-term surge in federal investment. The adoption of smart policies and regulatory reform can ensure improved accountability, technical capacity and more sustainable streams of funding. These policies and reforms should include:

1. Updating state and federal bonding requirements for oil and gas wells and holding industry accountable for the cleanup costs

State and federal bonding requirements are intended to ensure that companies provide financial assurance for cleanup in the event of bankruptcy. However, current practices — including statewide “blanket bonds” that cover multiple well sites operated by a company — are typically insufficient. For example, in Pennsylvania, a blanket bond of $25,000 covers every well operated by a company, an amount far below the estimated $75,000 median cost of decommissioning a single well.

Updated policies must hold industry accountable to fully decommission fossil fuel sites, rather than leaving the public to foot the bill after decades of neglect. State regulators must work with industry players and establish updated, enforceable bonding requirements that ensure sufficient funds for future cleanup. Importantly, these requirements must consider well depth, age, proximity to local communities and other factors that can drive significant variation in cost from one project to the next.

The Infrastructure Investment and Jobs Act sets aside $1.5 billion out of $4.7 billion for states that update their regulations. This incentive-based program is a step in the right direction and would encourage states to make regulatory improvements to reduce future orphaned well burden.

The federal government should also update bonding and financial assurance requirements for oil and gas operations on federal lands. These were set in the 1950s and have never been adjusted for inflation. The current amount of $150,000 for an unlimited number of wells nationwide, $25,000 for all wells across a state and $10,000 for an individual well are not nearly enough to cover the full reclamation costs.

In addition to raising bond minimums, the federal government can take other steps to hold industry accountable for cleanup costs. This can include prohibiting leasing on federal lands to any entity that has failed to reclaim wells on any previous leases and authorizing the Bureau of Land Management to collect a separate fee per drilling application or an annual fee per inactive well.

In addition to lacking the money to properly remediate orphaned wells and abandoned mines, states are hampered by lack of administrative capacity, including inspection staff. Some federal funding should therefore be dedicated to boosting the administrative capacity of states. This additional capacity would allow states to develop a more robust inventory of orphaned wells and abandoned mines, as well as develop a priority ranking for cleanup.

Federal funding can also help states improve oversight over companies by hiring administration and inspection staff. Currently, state oil and gas regulators are spread too thin to do their jobs effectively. For instance, West Virginia and Kentucky have only 29 oil and gas field inspectors for their nearly 200,000 known orphaned wells.

The federal government should also create a centralized database that identifies and tracks all oil and gas wells on federal land, which can provide a full picture of the total number of orphaned and abandoned wells over time.

It is essential that the funding to reclaim coal mine sites and plug orphaned oil and gas wells doesn’t create more low-wage, low-quality jobs for a non-representative workforce. Instead, this spending should support a diverse workforce and high-paying jobs that contribute to revitalizing local economies.

The energy workforce, including the clean energy workforce, is predominantly white and male. Encouraging and enabling diversity, including race and gender diversity, within the environmental remediation workforce through federal program implementation can increase innovation and performance by growing a diversity of experience and perspectives in the field. It would also promote a more equitable distribution of funding, resources and opportunity.

Further, requiring a prevailing wage — or, pay that meets or exceeds a wage floor for this kind of work in the fossil fuel industry — for workers on these projects can help ensure good pay for workers. Finally, these new projects should hire locally to support local economies, which will help communities effectively replace and supplement declining fossil fuels jobs.

The funding under consideration for decommissioning orphaned oil and gas wells and rehabilitating abandoned coal mines could help deliver jobs, improve the local environment, reduce greenhouse gas emissions and protect public health for those living in the shadow of aging fossil fuel infrastructure. However, this is just the beginning. More investment is needed to address the scale of the challenge, but investment is only the first piece of the puzzle. Improved oversight and administration, as well as updated bonding requirements and other industry regulations, will be just as critical to ensure solutions are effective and benefits are widely distributed.