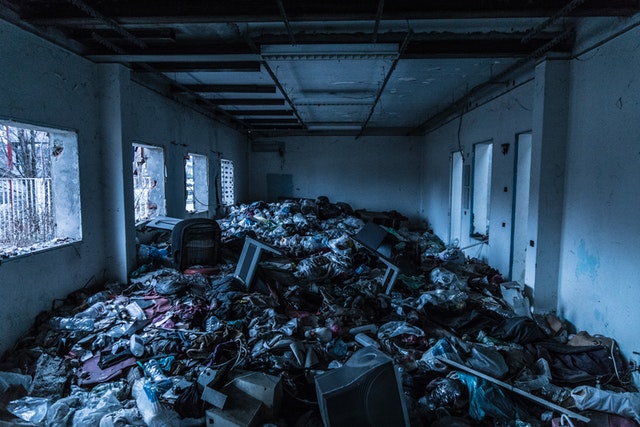 The latest threat to health and the environment is the disposal of electronic e-waste. There is a growing concern for the environmental effects of technological equipment that is being disposed of in landfill sites. It’s a global problem that is increasing the release of toxins, losing precious metals and wasting resources that could otherwise be part of a circular economy.

E-waste generally refers to End of Life (EoL) technological products such as desktop computers, laptops, smartphones, printers and many similar appliances. Many of them are not particularly exhausted mechanically, but the swift evolution of today’s technology renders many of them obsolete within a short time. It’s estimated that there’s an annual disposal of global e-waste amounting to 57.4 million tonnes or 63.3 million tons. The effects of e-waste on the environment is a real problem due to the number of heavy metals and toxic materials used in the manufacture of modern electronics.

Landfill sites in developed countries are already overloaded with domestic and commercial waste including plastics and other commodities that could be recycled. High volumes of methane gas are an increasing problem, but the irresponsible disposal of e-waste is adding to the burden. Not only does it lose valuable resources, but it’s harmful to your health, the environment and contributes to global warming.

Recycling is in progress for many unwanted electronic products although it’s currently being carried out on a small scale of just 17%. Every household and business now use technological products, making the problem everyone’s responsibility. Fortunately. there are many positive actions you can take to ensure your own e-waste is correctly disposed of.

Computerisation has meant products such as laptops, PCs and smartphones contain precious metals. Their internal circuitry includes gold, palladium and copper, plus lesser metals such as aluminium and zinc. As raw materials, these metals have to be extracted from the earth.

These valuable metals are only present in small quantities in each item. However, retrieving them from the enormous volume of e-waste makes them collectively substantial. There is an estimated 40% of the world’s metals buried in landfills.

Every single day, 416,000 smartphones are simply thrown away in America. If each item was recycled, these resources could also help reduce carbon emissions. Recycling the metals prevents energy and fuel from being used to locate them as raw materials.

E-waste also contains a high number of toxic elements such as cadmium, mercury, beryllium and lead. As e-waste lies buried, it slowly releases these poisons into the earth. It’s a short transition for it to leech into local groundwater, contaminating water supplies for people and wildlife.

Dangerous chemicals need specialist treatment before being safely discarded. By arranging for your e-waste to be sent to authorised recycling centres, you can prevent further damage to the environment. It also prevents huge consignments of e-waste from being shipped to third world countries for processing by workers who are rarely protected by safety laws.

How Businesses Can Help Reduce E-Waste

The industry is responsible for vast quantities of e-waste due to the fast evolution of technology. But it’s within every organisation’s power to implement a policy of beginning a recycling programme today. Many appliances such as laptops and tablets can easily be sold to consumers or donated to charities.

PCs and other equipment only need refurbishing to make them perfectly serviceable. In other instances, upgrading current systems can help prevent discarding items that haven’t necessarily reached their EoL limit. By recycling and refurbishing, the circular economy can make the most of valuable resources.

Recycling is a Security Measure

Businesses can often be so concerned about security that computers are sent to landfill in the mistaken belief that it’s the safest option. However, it’s well-known that many cybercriminals routinely plunder landfill sites to retrieve hard drives packed with data. But responsible recycling and waste disposal is the most secure method of keeping sensitive material safe.

Sending e-waste to a waste management company that’s authorised by organisations such as BAN (Basel Action Network), is the safest measure. Techniques such as hard drive shredding ensure that any sensitive data is properly destroyed. Additional safeguards for the future could be to make use of cost-effective cloud storage instead of continuing to use expensive computer hard drives.

Large companies could easily put some resources into informative e-waste initiatives. By raising awareness, more people would be encouraged not to throw out e-waste with the regular household collections. Local educational authorities could also place greater emphasis on the benefits of recycling.

Almost 45% of people believe that companies manufacturing e-products should take more responsibility for e-waste. Many companies such as Sony and Apple already have collection schemes for recycling the components of their technological hardware.

The responsible disposal of e-waste can begin today. By recycling technological items, you can protect the environment from further contamination. Valuable resources such as gold can be retrieved and reused enabling costs to be cut. Through responsible e-waste management, the world can be a safer place.

The post How to Ensure you are Properly Disposing of your E-Waste appeared first on The Environmental Blog.