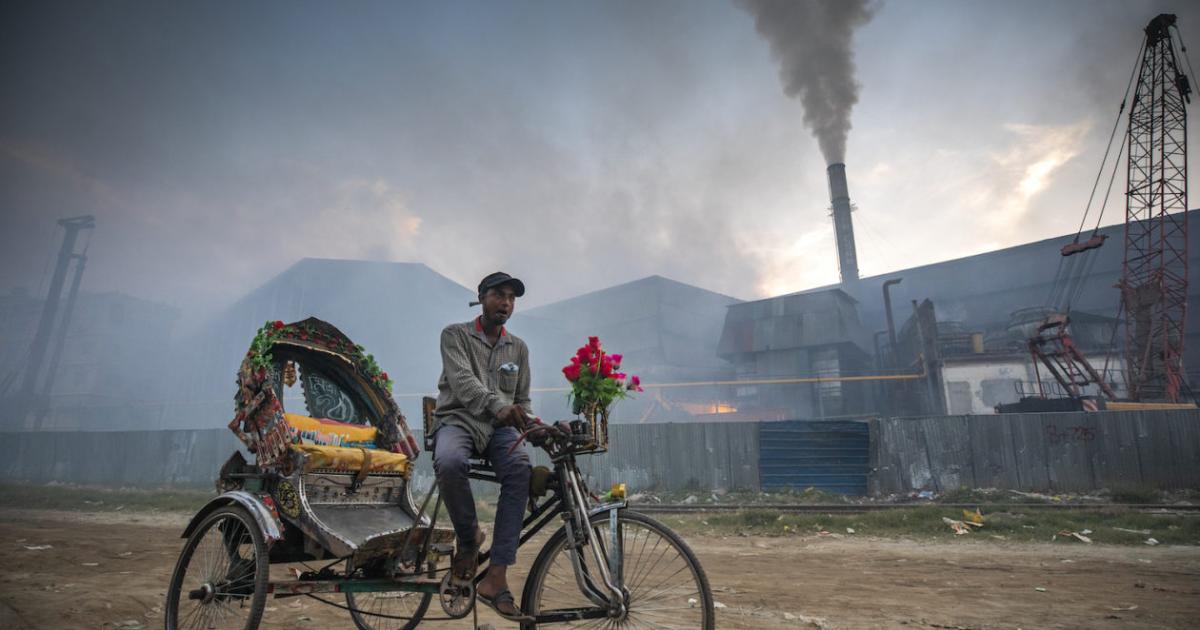 Ideally, governments should reduce emissions with carbon taxes and efficient regulations. But most governments are reluctant to regulate or tax all emitters, such as power plants, electric companies, or forest managers. That means some low-cost mitigation opportunities — such as replacing coal-fired power plants with natural gas facilities, funding transmission lines to renewable energy sites, or letting trees grow for longer periods before cutting in managed forests — will invariably be missed by government rules and regulations.

One potential solution is to pay for these missed opportunities through voluntary and offset carbon markets. The Glasgow agreement encouraged voluntary carbon markets to operate in developing countries so that private entities could immediately support emissions reductions there, but it remains to be seen whether these markets will in fact help reduce emissions or whether the markets will turn out to be just greenwashing.

Voluntary markets collect payments from private donors, companies, foundations, and potentially even countries, and then pay emitters to reduce their CO2 emissions. The Chicago Board of Trade established a carbon market from 2003 to 2010, and the Task Force on Scaling Voluntary Carbon Markets, a private sector initiative, hopes to establish a large future voluntary carbon credit market.

Although carbon markets have great potential, they have often failed to show that they lead to a reduction in CO2 emissions.

Offset markets, in contrast, allow companies that must reduce emissions under a regulation to pay other firms to do the mitigation instead. A prominent example of a carbon offset market is the timber offset program of the California Air Resources Board, which was created in 2006 as part of the cap-and-trade program for greenhouse gas emissions in California. Companies that find it too expensive to make all of their required emissions reductions under the cap-and-trade program can buy carbon credits instead. The carbon credits pay selected conservation groups across the country and Alaskan Native Americans to conserve their forests. A large fraction of the carbon stored in these forests can be used as carbon credits.

The potential beauty of voluntary carbon markets is that they can identify and fund low-cost mitigation actions that government regulation and taxes will miss. For example, regulations may overlook some technologies, such as more energy-efficient combustion engines or more energy-efficient air cooling and heating equipment, that help reduce greenhouse gas emissions. The voluntary market could fund these technologies. The government may exempt some sectors, such as agriculture, from the regulations even though farms account for 11 percent of greenhouse gas emissions. The voluntary market could pay farmers to adopt practices that sequester more carbon or otherwise reduce CO2 or methane emissions.

Likewise, governments might choose not to regulate small companies. The voluntary carbon market could include those firms and pay them to mitigate. Finally — and maybe most important of all — voluntary markets could support mitigation in jurisdictions with governments that are unable or unwilling to mitigate. The Glasgow agreement specifically recognized that voluntary markets could lead to private funding of mitigation in developing countries, such as forest conservation projects.

Although voluntary and offset markets have great potential, both have consistently failed to show that they lead to a net reduction in carbon emissions — what is known as additionality. For example, the voluntary and offset markets have funded many conservation forests, and those forests store carbon. The problem is that these forests would have stored carbon whether or not they were in the carbon market program. The market did not lead to additional carbon being stored, but merely paid entities that were already committed to storing the carbon. So the funding did not result in any change in the status quo. There was little additional emissions reduction caused by this forest offset market —an example of well-intentioned greenwashing.

A similar problem can occur with credits for investments in mitigation or energy conservation. Did the carbon payment cause the investment to occur, or is it just rewarding a company that would have made the investment in any case? If the carbon market simply rewards actors for doing what they were going to do anyway, the market is having no additional effect and is not leading to any emissions reductions. Past voluntary and offset markets have failed this “additionality” test. Some projects may have led to additional mitigation, but many did not.

If these markets are to make a measurable change in emissions and a meaningful contribution to mitigation, they must be organized differently, so that carbon market payments incentivize emitters to make verifiable — and additional — cuts in emissions.

The Task Force on Scaling Voluntary Carbon Markets argues that additionality can be readily handled by having an expert committee review each project. If the experts can see that the funds paid by the market led to the project being financially viable, then it passes the additionality test. However, to determine the answer for every small project and investment requires an enormous amount of research into local conditions and circumstances. It is simply too difficult and expensive to measure this on a project-by-project basis.

The result is that many of the carbon credits given out in both the voluntary and offset markets in the past have not led to a change in emissions. For example, as much as 80 percent of the California forest offset credits failed an additionality test because most of the alleged additional carbon being stored was going to be stored with or without credits. The Chicago Board of Trade’s carbon market eventually folded because a ton of carbon was selling for less than a dollar — far too low a price to have actually led to mitigation. This was mitigation in name only, not in reality. If this poor performance continues, offset and voluntary markets will remain ineffective. If the money being spent on offsets and voluntary credits would otherwise have been spent on actual mitigation, the markets would actually be reducing mitigation, not increasing it.

Markets must move away from funding small projects and toward paying entire companies to reduce emissions.

If markets are going to become serious about helping address climate change, they must move away from funding small, individual projects and toward paying entire companies to reduce emissions. When markets pay companies to change their emissions levels, it becomes much easier to measure additionality. First, it is relatively inexpensive to calculate company-wide emissions over time. Second, it is relatively simple to determine what a firm would have done in the absence of the carbon market. The market could rely on widely accepted models that predict the future emissions of industries as a baseline to judge what would happen without carbon markets. Companies would then get credit to the extent that they reduce their emissions more than the industry baseline.

How difficult is it to predict industry-level emissions for a ten-year period? This task was readily accomplished by several teams for the Intergovernmental Panel on Climate Change’s 2014 mitigation report. Using existing energy-economic models, the teams made predictions of decadal carbon emissions by industry for different regions of the world. Based on predicted prices and economic growth, the models forecast the level of emissions by industry if there was no mitigation. Preparing such industry-emissions predictions is relatively straightforward.

Given an industry-predicted baseline, all the market has to do in order to prove additionality and verify credits is to measure company emissions. Although companies are not yet required to publish their annual emissions, this will eventually be necessary for government programs to implement carbon taxes or mandatory mitigation. Stockholders may also want to know company emissions in order to understand the mitigation liabilities of each firm. Measuring carbon emissions at the company level is becoming reasonably inexpensive, so mandating businesses to measure and report these emissions is a reasonable requirement.

Verification of emission reductions and proof of additionality will go hand in hand. Markets that adopt this company-level analysis will encourage efficient mitigation. All companies with mitigation costs that are below the voluntary market price of carbon will effectively get paid to do whatever greenhouse gas reductions remain.

Utilities could also seek credits for reductions in emissions that might incentivize their customers to cut energy use and therefore reduce emissions. Given that utilities have monopolies over their customers, it could make sense to measure not only a utility’s own emissions but also the emissions of its customers. Utilities could encourage their customers to conserve energy. Companies could also create incentives for businesses in their supply chain to reduce emissions, or those firms could enter the carbon market themselves and earn credits. However, sometimes it might be more effective to have a large company create an incentive program for all of its suppliers to reduce emissions. The large company would organize the emission reductions among suppliers and the company would earn the credits.

Finally, companies in countries that have weak mitigation programs, or no mitigation, could apply directly to the voluntary market for funds. As suggested by Glasgow, this might be an excellent mechanism to obtain private funding for mitigation in developing countries, with the money coming largely from private entities in rich nations. In addition, companies in nations with little mitigation could participate in the offset markets and become compliant with international standards on CO2 reductions. This might be particularly advantageous for firms that export their product to the world at large, thus exempting them from any future border taxes on carbon.

By establishing reliable, verifiable benchmarks for greenhouse gas reductions — both for individual companies and industries as a whole — voluntary and offset markets could take their place alongside government programs to move the world toward a low-carbon future.