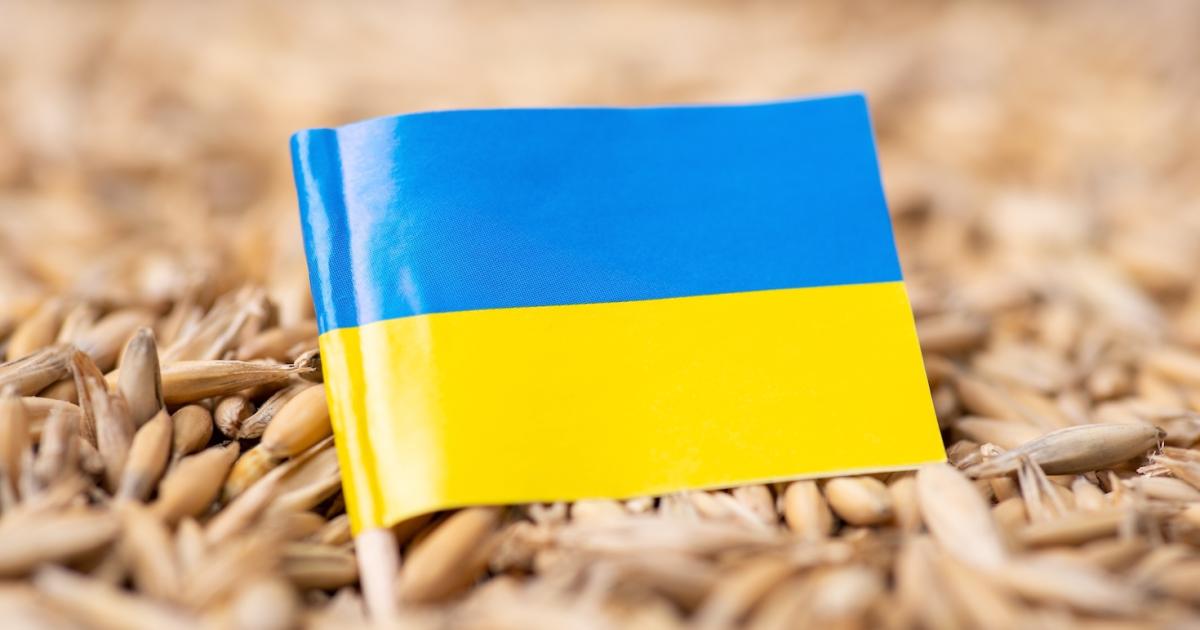 It’s been five weeks since Russia invaded Ukraine, starting the most severe global aggression in recent history. While Ukraine’s 44 million people will suffer the most from Putin’s war, the crisis doesn’t stop there. Global energy markets have taken a big hit and the United Nations Secretary-General António Guterres warned of a “hurricane of hunger and a meltdown of the global food system.”

World leaders of the G7  — consisting of the U.S., Japan, Canada, the U.K., France, Germany, Italy and the European Union — came together last Thursday to address the problem. They committed to making “coherent use of all instruments and funding mechanisms to address food security, and build resilience in the agriculture sector in line with climate and environment goals.”

As a sustainable food analyst, it was a heartening statement to read. Emergency responses need to be aligned with long-term environmental goals. Without mitigating climate change, this food security crisis will only be one of many. But how exactly these two goals can be married has been cause for heated debate. What’s the source of disagreement?

Russia and Ukraine are important players in agriculture. Together, they produce over half of the world’s sunflower oil, roughly 30 percent of wheat and barley and 17 percent of corn. Due to Russia’s invasion, many farmers in Ukraine likely won’t be able to produce this year or will have reduced harvests. Sanctions on Russia and logistical disruptions in the region also mean that a large portion of Russian grains likely won’t make it to world markets.

Russia is also a critical fertilizer producer. Together with Belarus, it accounts for more than 40 percent of global potash exports — which provides plants with potassium, an essential nutrient. Russia exports large quantities of other fertilizers and soil nutrients such as urea and ammonia as well. With Covid-19-related supply chain disruptions, fertilizer prices already rose 17 percent in 2021 in the U.S. Due to the war in Ukraine, prices are expected to rise another 12 percent this year.

In addition to the food shortages resulting from reduced Russian and Ukrainian grain exports, fertilizer shortages and rising prices will likely cause a domino effect, reducing production in other countries as well. Growers worldwide rely on those inputs to secure high corn, soy, rice and wheat yields.

Countries with pre-existing high levels of food insecurity and heavy reliance on Russian and Ukrainian exports will be the most affected. Middle Eastern and North African countries are already bearing consequences. In Yemen, for example, 19 million people were food insecure at the beginning of 2022 after years of war. Now, the World Food Program is struggling to keep up with emergency assistance, projecting that up to 161,000 people will face “famine-like conditions” by June.

What levers can be pulled in the global food system to avoid the worst consequences of these supply disruptions? That’s the critical question now under debate.

Let’s start with what stakeholders across the food system agree on. An essential component for the most vulnerable countries is for global markets and trade to remain open and transparent. They would be at a severe disadvantage if other countries engaged in further export restrictions, panic buying and supply hoarding. That’s one commitment the G7 made.

Instead, food from national stockpiles and granaries should be released and distributed to those in need to alleviate humanitarian crises. Rich nations also need to expand their assistance to hunger relief organizations and ensure that smallholder farmers can access fertilizers, infrastructure and financial and technical support to secure production.

What’s more controversial is how to balance production shortfalls from Russia’s and Ukraine’s fields. One component of the EU’s emergency plan discussed last week is to free up fallow and conservation land for increased grain production in other European countries. In the U.S, the American Farm Bureau Federation and several farming groups asked Agriculture Secretary Tom Vilsack to allow emergency cropping on farmland protected under the Conservation Reserve Program.

But putting such conserved acres back into production would erase the outcomes these programs have achieved over years, presenting a setback in mitigating the climate and biodiversity crises. Environmental groups oppose these measures and point to more sustainable ways to increase grain production.

Putting such conserved acres back into production would erase the outcomes these programs have achieved over the years, presenting a setback in mitigating the climate and biodiversity crises.

Two of the most discussed alternative measures are to repurpose fields usually dedicated to biofuel and animal feed production. Greenpeace estimates that an 8 percent reduction in the use of cereals for animal feed in the EU would outweigh expected production deficits in Ukraine. There are huge opportunities in biofuels as well. Roughly 40 percent of American corn is used for ethanol production, whose climate benefits are increasingly disputed. With the right government incentives, a large share of those acres could be used to grow food for people instead.

Reliance on synthetic fertilizers is also debated. Their production is greenhouse-gas intensive and overapplication causes soil degradation and water pollution in farming regions around the world. Fertilizers also eat up a large portion of farmers’ budgets. I wonder if this crisis will incentivize more farmers to adopt regenerative practices that reduce reliance on chemical inputs. (Perhaps we should rebrand it as “freedom food” like Germany did for renewable energy?)

However, in the EU, the war is leading to the opposite outcome. With its new Farm to Fork Strategy, the region has already planned to move toward more organic farming practices that rely less on chemical fertilizers. But the European Commission is now planning to delay the implementation of the new strategy to safeguard agricultural production — a move that over 500 agricultural experts criticized.

There are a lot of open questions when considering these shifts, of course. How fast can livestock farmers actually reduce their herd sizes? How would a lower ethanol supply impact the already stressed energy markets? What alternatives to synthetic fertilizers can farmers realistically access this year?

Still, these proposals should be considered seriously. After all, a hard look at land use and related carbon opportunity costs of the global food system has been long overdue.