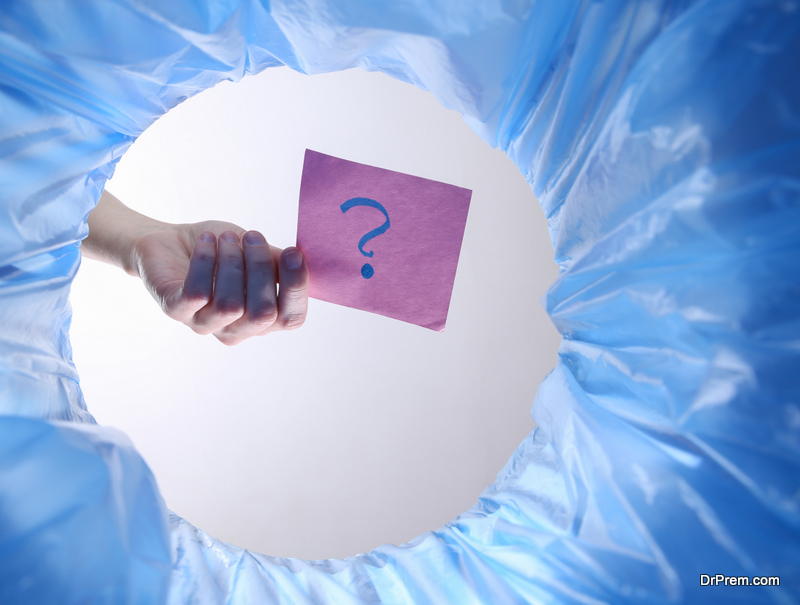 Most of us have an intuition that recycling is a good thing to do, and we try to do it as often as we can. However, not everyone recycles everything the correct way. If you want to make the best possible impact on the environment and make the lives of recycling facility workers easier in the meantime, it’s important to acknowledge the mistakes you might be making.

We often like to think that the right way to dispose something is to throw it in a bag and let it get hauled off; from there, some other professional can decide what to do with it. But there are several problems with this.

For example, there are things you can and can’t throw into a dumpster. That’s because the contents of a dumpster often go directly to a landfill or another garbage disposal area. If you throw an old battery or some old electronic device into a dumpster, that can eventually make its way into a landfill, where it is a source of chemical pollution that can compromise the health of not only wildlife in the area, but human beings who live anywhere near it.

These days, most municipalities have rules and systems in place to allow consumers to recycle all their recyclable products in one bin. Conceived as a way to make recycling both convenient and more frequently practiced, this “all in one” system has also led to less attention paid to what actually gets recycled.

If you want to help our environment and recycle more responsibly, take a look to see if you’re making any of these common recycling mistakes.

Research shows that most people believe it’s perfectly fine to recycle materials that are covered in food. One of the most common culprits here is old pizza boxes, which may be crusted in mozzarella cheese or stained with grease. In some cases, these materials can be cleaned of their old food residue, but in most cases, they’re spotted and removed from the line before they have the opportunity to be recycled. Always make sure to clean your recyclables before throwing them in the bin, and if something can’t be cleaned, just throw it away.

Most of the bottles we drink from are recyclable, so people intuitively throw the entire bottle in the recycling, including the plastic lid. Even though both the bottle and the lid are made of plastic, they’re often made of different types of plastic that serve different purposes. Depending on where you live and which recycling facilities you’re using, these lids may not be recyclable.

If you live in a city that collects recyclables in bulk, you’re making a mistake if you put your recyclables in plastic bags. All recyclable materials need to be processed and sorted before they can begin to be recycled; workers shouldn’t be tasked with cutting open every bag that comes their way. While it violates your intuitions at first, it’s much better to keep all your recyclables loose in the container.

Recycling isn’t just about reusing old paper and plastic materials; It’s also about finding new life for more complex materials. Recycling old batteries and old electronic devices is extremely important, not only to prevent environmental damage from chemical leaks, but also to conserve some of the rarest elements on the planet. Don’t throw your batteries or electronic devices in the trash or in normal recycling; these need to be taken to a specialist facility to ensure proper disposal.

5. Putting food scraps in the trash (or recycling)

Food waste in the developed world is out of control; it’s estimated that food waste in industrialized countries amounts to $680 billion every year. If you’re putting old food in the trash or the recycling, you’re making a mistake. Make an effort to get more use out of your food by monitoring your expiration dates carefully, donating what you can, and adding the rest to a compost pile.