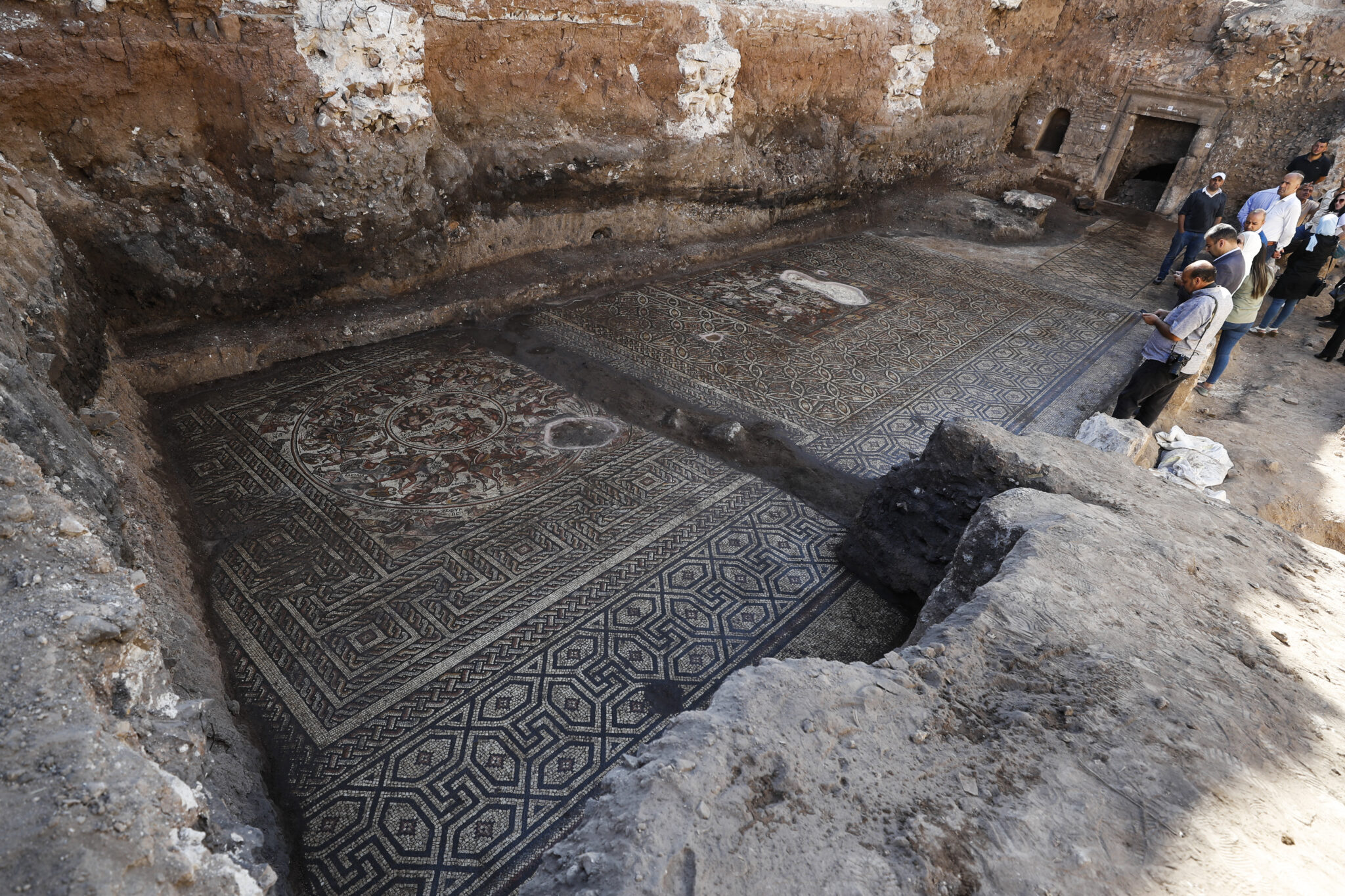 A huge Roman-era mosaic with scenes from the Trojan War has been unearthed in the city of al-Rastan in central Syria. Dating to the 4th century A.D., the mosaic is 20 meters (65.6 feet) long and six meters (19.7 feet) wide for a total surface area of 120 square meters (1300 square feet) and that’s only the part that has been excavated. Archaeologists believe it continues under neighboring properties.

including meanders, lozenges and double and triple-strand guilloche patterns. One figural panel features the god Neptune encircled by the Nereids, the 50 sea-nymphs who rode the waves in his entourage. One of them, Thetis, was the mother of Achilles. He appears in the second panel with the other heroes of Troy, their names labelled in Greek. The Amazons are also represented, which is rare for a Roman mosaic.

Founded by Seleucus I Nicator in the 3rd century B.C. as the city of Arethusa, Rastan was the first capital of the Emesani kingdom, a Roman client state. Its importance faded when neighboring Homs, the ancient city of Emesa, became the new capital in the 1st century B.C., but the area rose to global prominence in the 3rd century after Emperor Septimius Severus, born in Leptis Magna in Roman Libya, married the formidable Julia Domna, descendant of the Emesani royal family and native-born Emesan. People of wealth and nobility, even of imperial rank, who could afford the price tag of such a splendid mosaic, either in their private homes or funding its installation in a public building, lived in Arethusa.

It’s a miracle that this masterpiece, which has no parallels in the country for its size, subject matter, quality and condition, survived the decade of war so unscathed. The lucky break is even more evidence because the mosaic was first found when ISIS’ murderous despoilers controlled the area in 2017. They planned to tear the mosaic up and sell it to the highest bidder, and had even gone so far as to list it on the internet, but thankfully Syrian military retook the city in May 2018 before the worst could happen.

The property was later acquired by private donors from the Nabu Museum in neighboring northern Lebanon and donated to Syria. Archaeologists from the General Directorate of Antiquities and Museums were then finally able to excavate the full mosaic. It’s not clear what type of building it was that housed so splendid a floor. Public baths are one likely possibility.

Sulaf Fawakherji, a famous actress in Syria and a member of the Nabu Museum’s board of trustees said she hopes they could purchase other buildings in Rastan, which she says is filled with heritage sites and artifacts waiting to be discovered.

“There are other buildings, and it’s clear that the mosaic extends far wider,” Fawkherji told the AP. “Rastan historically is an important city, and it could possibly be very important heritage city for tourism.”

Despite Rastan’s historical significance in the country, Saad says there have not been significant excavation efforts in the town prior to the country’s armed conflict.