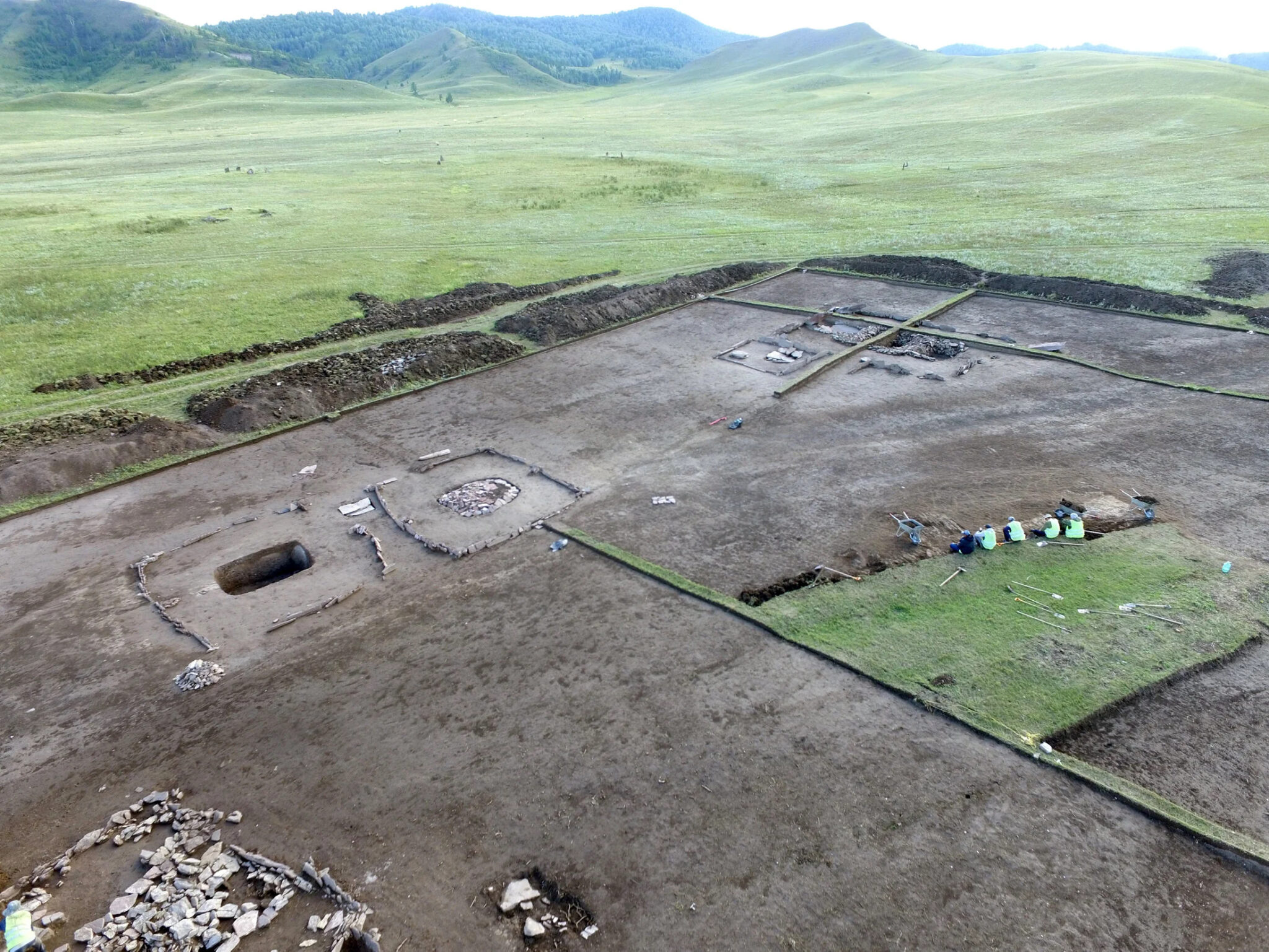 Archaeologists have discovered a unique amulet made with human bone in the grave of a woman from the Bronze Age Tagar culture in southern Siberia. The grave was unearthed in the Kazanovka 1 cemetery in the Minusinsk basin in 2020. It was one of multiple burials in 16 stone enclosures built with slabs and flagstones. Kurgan number 15 was divided into two enclosures by vertical sandstone slabs. The remains of four individuals — three adults and one child — were found in one of the enclosures. The remains of an adult woman were found in the other.

Her grave was an 8 x 14.6 feet rectangle pit with a stepped border. Large stones capped the perimeter with small flagstones filling the gaps around them and the border. The woman was buried in supine position, her head turned to the west, her arms outstretched down the length of her body. She had been elaborately adorned for burial. A circular bronze mirror with traces of a red leather pouch was nestled next to her pelvis. Bronze plaques and pins were found next to her right shoulder.

The grave contained the remains of animal offerings as well. The head of horse had been placed on the grave cover, and large pieces of meat and the carcasses of a calf and sheep were buried with the woman. A bronze knife and awl in a leather case were found next to the carcasses.

But it was the amulet found next to the woman’s right elbow that proved the most unexpected discovery.

The upper part was an X comprised of threaded tubular bronze and cap beads interspersed with carnelian beads. The lower part was also made of bronze tubular beads, with white argillite beads. A boar fang hung from this lower part.

And in the center, between them, the archaeologists detected shreds of

what may have been a silken cloth bag, and a fragment of human rib bone.

Other burials in the region have beads, animal bones, fangs of boars or musk deer, and bird claws. It is also worth noting that similar amulets have been found in the basin, almost always been found in association within female burials.

Human bones that appear to have been used for ritual purposes have been found in other kurgans — a rib bone in a large pot, a wrist bone in a small vessel — but this is the only Tagar amulet found to include a human bone. 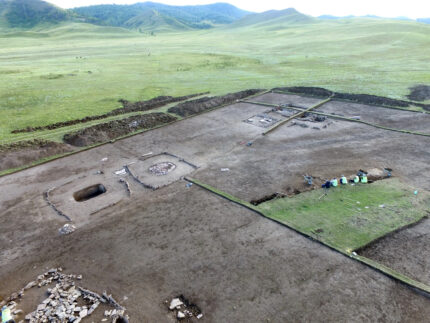