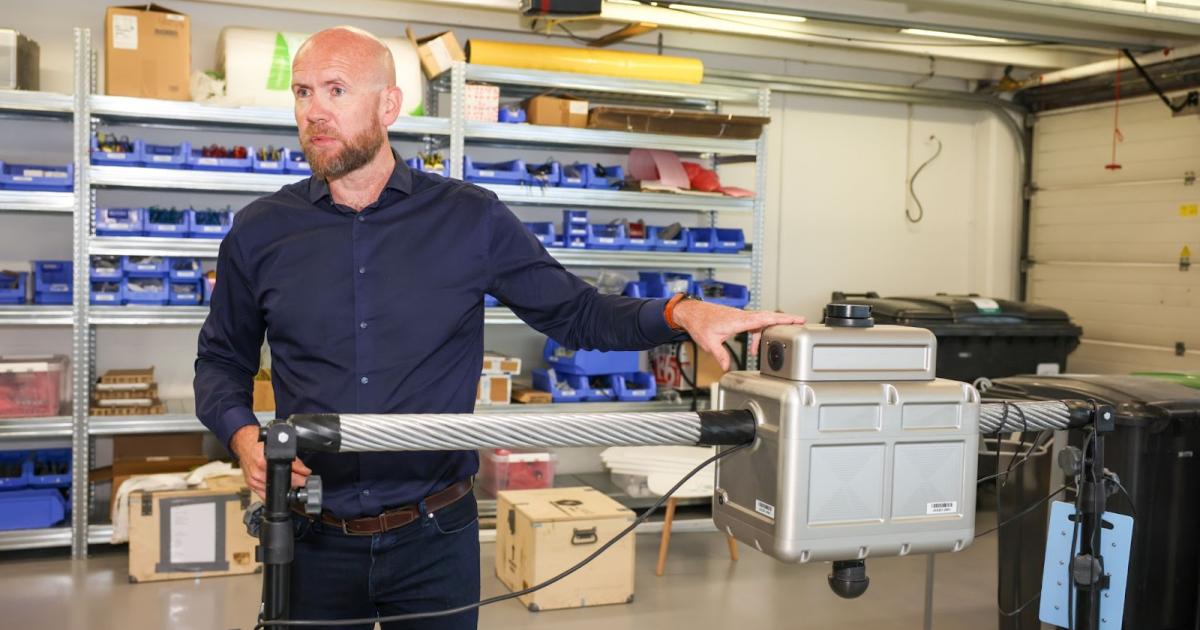 I’m here this week looking into how this little country is on the road to decarbonization. The island nation has adopted an incredible goal of being fossil fuel-free by 2040, which would be a global first.

The country is endowed with excellent resources, with geothermal energy pulsating just under its surface and thundering rivers providing hydropower galore. That cleared the way for the country to reach 100 percent renewable electricity in 2015 (more on that in a later column).

Beyond the country’s decarbonization of electricity, it is supporting startups and entrepreneurs filling in technological gaps to reach full decarbonization. High on the menu of challenges to work out: resilience.

Here are two very early-stage companies that I had the occasion to visit, thanks to the support of Green By Iceland, a public-private partnership that invited me and paid for my clean energy tour.

Grid hardening is key to ensuring electricity is accessible and reliable — especially as extreme weather events become less certain in a climate-changed world. Key to that is knowing where and when the grid breaks down, a need that is leading to a blossoming market for early detection technologies.

Laki’s technology is a small aluminum box — not much larger than a breadbox — that snaps onto high-voltage transmission power lines, loaded with a slew of monitoring equipment. This technology promises early detection of trouble with, or around, transmission lines.

What sets Laki apart: The system is powered by the high voltage line on which it is affixed, harvesting the energy directly from the cable as a low-voltage current. That means there is no need for an external power source, such as a diesel generator, solar or wind.

Today, its main applications are to identify when lines ice over (which can lead to power outages in cold climates) and early detection of wildfires though thermal sensors and particle detectors.

Inside the box is a combination of other company’s technologies, such as cameras, weather sensors and particle detectors, and Laki is considering different combinations to fit more use cases. The company says the cost point for each unit is around $25,000, and the boxes take about 15 minutes to snap onto a power line.

The company has a number of projects monitoring ice, and has its first wildfire monitoring pilot in Greece.

This small wind turbine makes a big promise: the ability to run in extreme conditions for 20 years with no maintenance. That makes it incredibly well-suited for off-the-grid applications in cold climates.

The turbine is omnidirectional, combining two blade types to use both drag and lift, and can withstand hurricane-force winds, according to CEO Sæþór Ásgeirsson.

As a good startup founder would, Ásgeirsson has tested this. He’s driven roads of Iceland with the turbine strapped to a trailer behind the car to test wind speeds, and took several prototypes to a industrial wind tunnel testing facility in Florida, Wall of Wind, blasting the turbines with 120-miles-per-hour gusts. (He ultimately destroyed two of the three turbines he tested.)

While the technology could be used wherever distributed energy is needed, the company is focusing on telecommunications towers in remote areas. These towers primarily run on diesel generators today, which is disastrous for the climate. Ásgeirsson says that about 20 percent of telecommunications towers globally rely on diesel, representing a huge decarbonization opportunity. For telecos, the turbine could pay for itself in two to three years, according to Ásgeirsson, as it’s costly to refuel and maintain distributed generators.

More to come on my adventures in coming weeks. Stay tuned.