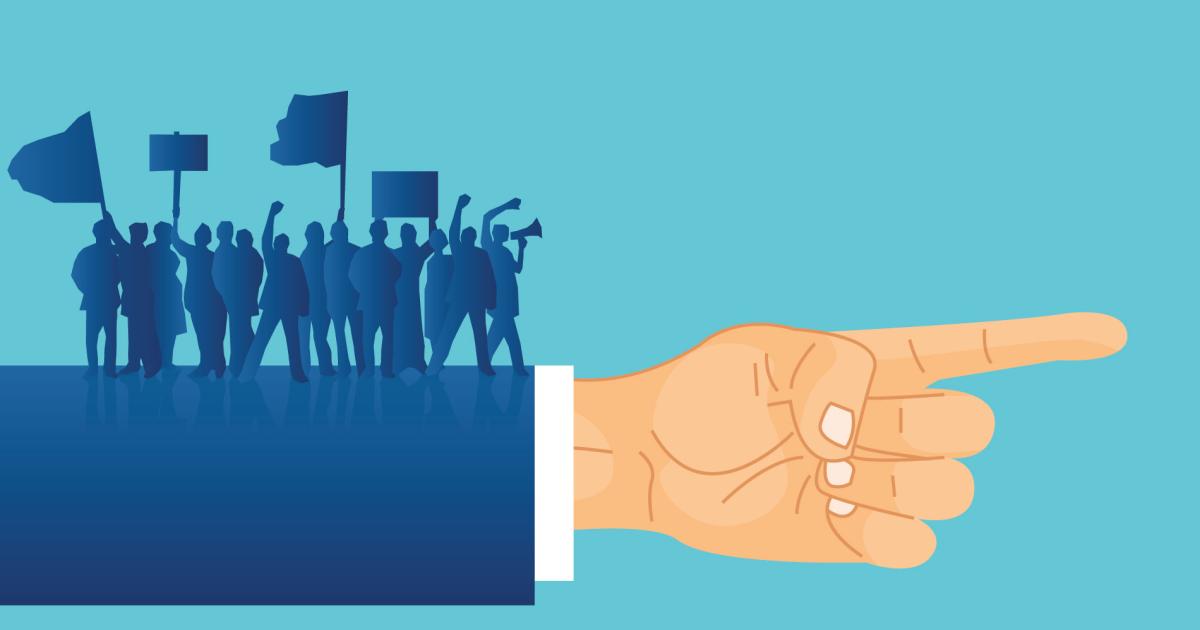 I have a couple of questions for you today — and it’s not much of a spoiler to say that you may find the answers unpleasant.

First up: How many tons of carbon dioxide did your company eliminate last year?

Here’s a ballpark estimate for those who don’t have the answer to hand. We need to cut emissions by a little over 4 percent annually to limit warming to 1.5 degrees Celsius and, outside of the energy sector, the combined Scope 1 and 2 emissions of many large companies fall in the single-digit millions. This means a large company successfully executing on a 1.5 target might be lopping tens or hundreds of thousands of tons off its footprint every year.

Next question: Is your company a member of the Business Roundtable or the U.S. Chamber of Commerce? If you’re not sure, consult the Roundtable’s membership directory. The chamber does not publish a list of members, but companies who serve on the organization’s board of directors are listed here.

Why am I asking these questions? This is where it gets unpleasant.

The insane thing about this lobbying — aside from the disregard it shows for, well, human civilization — is that companies need climate legislation to hit their targets.

Over the past six months or so, both the Roundtable and the chamber successfully lobbied against the Build Back Better (BBB) bill, a now-dead piece of legislation that contained $555 billion for climate change. If passed, the incentives for carbon-free energy, tax breaks for electric vehicles and other measures in the bill would have eliminated more than a billion tons of carbon dioxide by 2035, according to an analysis by Princeton researchers.

Yes, a billion. If your organization is among the more ambitious in the private sector, it might reduce emissions by a million tons over the next decade. Build Back Better would have achieved a thousand-fold more. Did your company lobby against the bill? If so, how do your own savings stack up against the demise of BBB?

You could call this the dirty secret of corporate sustainability. While sustainability teams pour their creativity, energy and collective brilliance into cutting emissions, their colleagues who control lobbying dollars are working to prevent governments from enacting legislation that would have an orders of magnitude greater impact on climate.

It’s worth noting that some members of the chamber and Roundtable did stand up to support the climate provisions in BBB. Still, these companies have to contend with the fact that the trade associations’ lobbying, which their membership fees supported, ultimately helped kill the bill.

And while BBB is a particularly egregious example of this divergence of purpose, it certainly isn’t the only one. The chamber is pushing back against the Security and Exchange Commission’s proposal that public companies be required to disclose emissions totals. Last week, an analysis by InfluenceMap found that just four of the largest 25 U.S. investor-owned utilities are working to support climate policy, while the lobbying done by nearly half of the group shows “negative engagement” that’s misaligned with the Paris Agreement.

The insane thing about this lobbying — aside from the disregard it shows for, well, human civilization — is that companies need climate legislation to hit their targets. I checked in last week with Victoria Mills, managing director at EDF, who gave a couple of examples. If a company has a goal of using more clean energy, how will it get there without policies to modernize the grid and add more renewables? Scope 3 targets include transportation emissions, which can be cut by electrifying fleets, which in turn will happen much faster with government incentives for purchasing electric vehicles.

Back from the dead

Let’s pivot from this depressing state of affairs into something we can do about it. BBB might be dead, but the climate provisions it contained may be reincarnated in a new bill. Companies that opposed the larger swathe of measures in BBB can help pass that legislation. I asked Bill Weihl, a former sustainability leader at Facebook and Google and founder of ClimateVoice, a nonprofit that mobilizes employees to advocate for ambitious climate action, for his suggestions on how employees can help. Here are a few of his tips:

One thing Weihl didn’t recommend is advocating for companies to leave the chamber, Roundtable or the National Association of Manufacturers, another organization that’s lobbied hard against climate action. “I would prefer that companies that care about climate stay in these organizations and work to change them from within,” he said.

At least for now. Some companies have pushed the chamber and its peers to change, without success. Those agitators need to be prepared to become departees. “They should set a deadline in the near future — three or at most six months — and if there hasn’t been serious change by then, leave,” argued Weihl.

The much more immediate issue is the fate of that half trillion dollars for climate in BBB. Today is the time to act on that, because November’s midterm elections will likely shift the balance of power on Capitol Hill. “If we fail to pass national climate legislation in this Congress, we might not have another opportunity for several years,” warned Weihl.

“Employees should emphasize to their executives that this is truly an existential issue.”