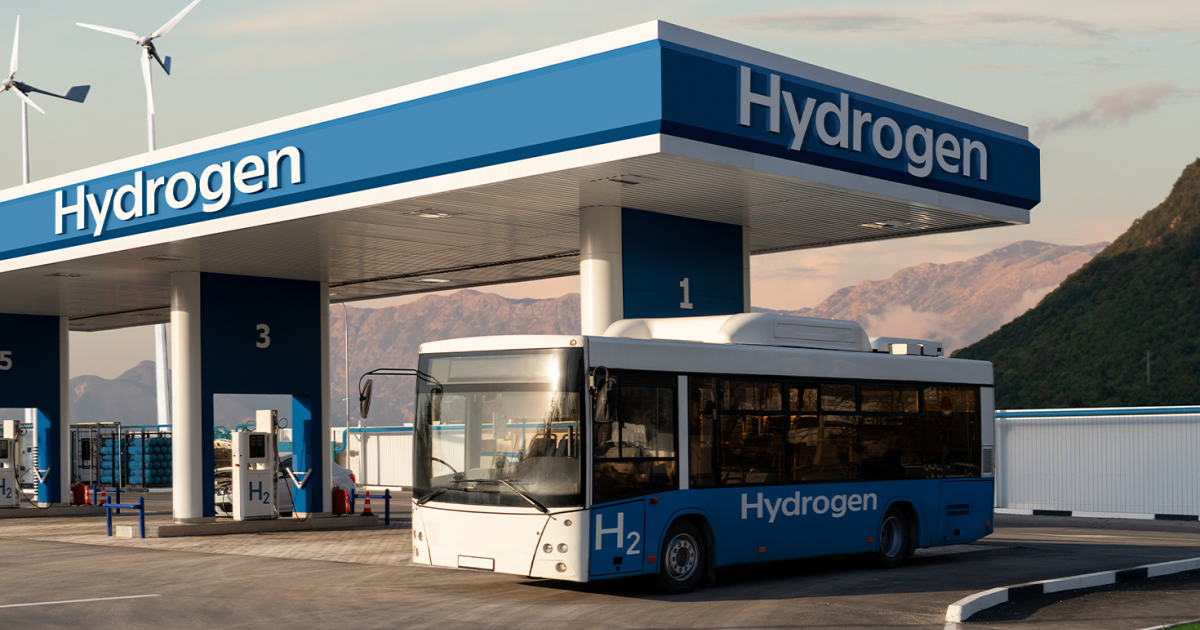 According to a recent PreScouter Intelligence Brief, in the absence of an infrastructure to enable FCEVs, BEVs remain the more appealing option today. However, this could change within the next five to 10 years as investments in hydrogen production and infrastructure increase, potentially pushing FCEVs to outperform BEVs in some segments and become the more sustainable alternative.

PreScouter’s researchers based their analysis on expert insights from Bostjan Hari, battery systems engineer, through a concise review of impending technical and business opportunities for FCEVs in addition to highlighting 11 technological advancements in the realm of FCEV manufacturers.

How does a FCEV work?

FCEVs are electric vehicles that get their power from a hydrogen fuel cell instead of a battery. A fuel cell system is the heart of an FCEV. The electricity is produced by the electrochemical reactions between hydrogen and oxygen supplied into FCEV hydrogen tanks. Only pure, distilled water is produced as a byproduct. FCEVs use this electricity for traction and require the battery for auxiliary operations such as starting or storing energy gained by regenerative braking.

The key distinction between FCEVs and BEVs is the energy source. FCEVs, in contrast to BEVs, rely on the energy stored in the vehicle’s fuel cells, which have a number of advantages over batteries. As long as fuel is available to power the fuel cell, it can generate energy. This is one of the most significant advantages of fuel cells.

A typical electric automobile can be fully charged in slightly over six hours, whereas an FCEV could be refueled in five minutes and have a range of more than 350 miles. A modest amount of hydrogen can go a long way. Hydrogen production is an energy-efficient chemical process that yields fuel cells with a performance advantage of two to three times over internal combustion engines. Users will be able to travel as far as they do today on only a third of the fuel.

How do FECVs and BEVs compare in regard to environmental friendliness?

FCEVs are also the best option in terms of environmental impact, as fuel cells can be a 100 percent renewable and environmentally friendly energy system. In the absence of adequate recycling systems, the lithium-ion batteries used in BEVs are expected to cause a serious environmental crisis when they reach the end of their useful lives.

While driving, the car emits pure water vapor and filters ultrafine dust from the atmosphere. This fundamental feature of the FCEV has drawn a lot of public attention as the future of eco-friendly mobility. This technology may have a huge impact on our lifestyle in terms of sustainability due to the abundance of hydrogen on Earth and the production process itself being highly eco-friendly.

Overall, FCEVs are cleaner than BEVs and internal combustion vehicles, with additional room for improvement as hydrogen generation and distribution advances. FCEV production is also cleaner than BEV production due to fewer raw material requirements compared to BEV mineral mining and the consumption of heavy metals such as lithium and cobalt. FCEVs are also easier (and cheaper) to recycle than BEVs.

What is the status of the global FCEV market?

Global FCEV deployment has been primarily focused on light-duty passenger cars. However, the geographical distribution of FCEVs varies significantly. Korea, the United States and Japan have concentrated on passenger cars, with a small number of buses and commercial vehicles.

On the other hand, with its fuel cell bus and commercial vehicle policies, China today dominates worldwide stocks in these segments. This trend is anticipated to continue, as China’s 2020 fuel cell car subsidy policy focuses on employing fuel cells in medium- and heavy-duty commercial vehicles. China has set a goal of using over 1 million FCEVs for commercial purposes by 2030.

The Port of Rotterdam and Air Liquide have developed an initiative to deploy 1,000 fuel cell trucks by 2025.

There will be more fuel cell buses and trucks in Europe in the near future. More than 1,000 buses are planned during the next decade. The Port of Rotterdam and Air Liquide have developed an initiative to deploy 1,000 fuel cell trucks by 2025, and a joint call signed by over 60 industrial partners aims for up to 100,000 trucks by 2030. The IEA forecasts that fuel cell manufacturing could produce 6 million FCEVs by 2030, meeting roughly 40 percent of the “Net Zero Emissions by 2050 Scenario” needs.

Hydrogen tanks are bulky in vehicles

Compressed hydrogen is the most used method for storing hydrogen in cars. Passenger FCEVs’ compressed hydrogen tanks are cumbersome and take up a lot of space. This is a flaw in the current generation of electric cars powered by hydrogen fuel cells. Hydrogen metal or non-metal hydrides could be used in the future as a replacement for heavy hydrogen tanks. This is just beginning to take shape, with hydrogen evaporation remaining a key technical problem to overcome.

Honda and Nissan chose a 350 bar (5,000 psi) pressurized tank, while Toyota employs 700 bar (10,000 psi) tanks. Although the 10,000 psi composite tanks have been proved to be quite safe as needed by various regulatory requirements, the public is concerned about their safety. Moreover, the tank proportions require more space than traditional petrol tanks.

The adoption of fuel cell vehicles should be complemented with enabling infrastructure.

FCEVs won’t be commercially viable unless buyers are satisfied that they will be able to easily access refueling stations. Thus, the adoption of fuel cell vehicles should be complemented with enabling infrastructure. According to H2 Tools, by the end of 2021, there were over 492 hydrogen refueling stations operating globally. Japan had about 141 stations, followed by South Korea (112) and Germany (91).

The GM Electrovan was the first fuel cell-powered passenger car developed by General Motors in 1966. The project was shelved because of the high cost, difficulty and scarcity of fuel supply. The still-active California Fuel Cell Partnership was created in 1999 to facilitate the testing and development of FCEVs in the United States. It has included representatives from most major automakers at various points in time, although mainly only three have brought fuel cell vehicles to market so far.

Many automakers sell or lease FCEVs, but the technology is still new. Honda, Hyundai and Toyota are just a few companies on the top list. However, automakers are dedicated to growing both hydrogen fueling stations and hydrogen-powered vehicles, so more FCEVs are on the way, but while all of today’s fuel cell vehicles are considered mass-market production vehicles, none are  available outside of California. Many were only available in limited numbers, and Honda’s has never been sold, only leased, since its debut.

Can hydrogen fuel cells become the EV technology of choice?

Several studies, including one by Argonne National Laboratory, have demonstrated that creating and using hydrogen for fuel cell vehicles is more environmentally friendly than using grid electricity to power battery EVs. Hydrogen could be created using wind and solar energy, or by decomposing plant materials; however, these processes take longer and cost more money.

“Nothing worth having comes easy,” as President Theodore Roosevelt once said. The commercialization of FCEVs on the market is moving at a moderate pace at the moment.

So, who will win the EV battle? The answer: Battery and fuel cell technologies will coexist in the future because of their obvious similarities, with BEVs being more appropriate for short-range and small vehicles, and FCEVs the better choice for medium-to-large and long-range vehicles.